What to expect from next “Boku No Hero Academia” season 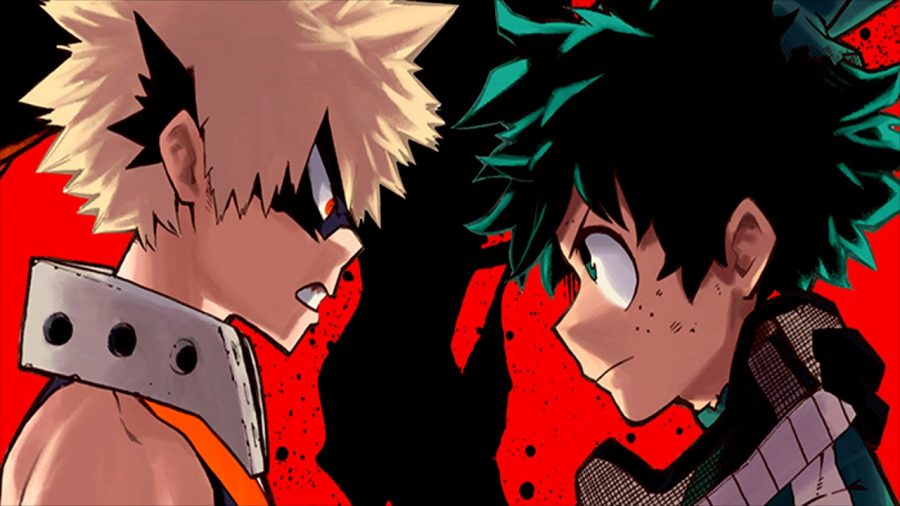 With three weeks left before the current anime season ends, animators have already begun spoiling the next season with artwork from their shows. One in particular, thanks to character art and a post from a French website, showed that My Hero Academia will be having a 20 + episode run in its second season and adapt both the class competition arc and the hero competition arc. Whether or not it goes further into the manga and adapts other arcs is unconfirmed, but here is what you can expect to see if you haven’t read the manga.

In the next arc, we will see the heroes of Class A compete in front of thousands of people and heroes as they vie for supremacy in a competition that is eerily similar to what is normally done at schools, but with powers. They will compete in an obstacle course, have a cavalry battle and fight each other. This arc is a great chapter for fans of Todoroki, who plays a large role, as well as a change in Uraraka that fans will start to see happen as she becomes more independent.

This arc also introduces one of my favorite characters from the hero assistance group, Mei Hatsume, who makes gadgets for heroes to help improve them. I love Mei because she is somewhat full of herself and only wants people to notice her gadgets. But she is the best capitalist and saleswoman I’ve seen in anime, and I love her.

Compared to the first arc, this arc reminds me of the Grand Magic Games arc of “Fairy Tail.” It allows characters to show off and has a fun feel to it. We are also introduced to Class B from the hero school and get a mix of characters who will later on play an important part in the show. Class B won’t return later in the show unless the animators choose to, though, because the arc when they become important again would be too far out. And, if the animators chose to rush through chapters similar to “Seven Deadly Sins,” it would be ill-advised. When a great story has an adaptation rush through the original work, I like the adaptation less. Granted, “Seven Deadly Sins” was still a really good anime and the pacing and humor were both good, but I digress. Hopefully animators will add extra things into “My Hero Academia” for character development, but ultimately it’s a show that gives more screen time to some of my favorite characters for the sake of making the show better, rather than potentially adding useless fan service or making fights longer for the sake of enjoyable action.

After that, the show will adapt the hero hunter arc where the students then take time off and study under various heroes or hero organizations earning real world experience to help them. This arc will give more information on All Might’s past, as Midoriya will meet someone from All Might’s past. This arc will also delve more into the villains from the first arc and Lida as big events unfold that set up the future of heroes and villains as a mastermind may or may not get hinted at. This arc is very Midoriya and Lida focused rather than the previous arcs’ focus on Todoroki and Bakugo. In this arc, we get to see villains begin to join up more so than what occurred in the first arc with the random arrival of an army of enemies. I really hope that the character Midoriya gets enough air time and more screen time than the chapters gave him at first, because over time he grew on me and is an enjoyable part of the series.

If the pacing is similar to the first season, the last arc they should be adapting is the end of term battle arc. In this battle classmates are teamed up to fight their teachers in order to get the students to handle themselves better in situations where villains appear due to the increase in villains attacking the class and school. This arc should finish the season and brings about showing more teachers and their abilities as well as the various students and how they act when put in situations that are created by the teachers. This is a fun arc as the choices for some of the teachers are predictable and add to the humor while other options bring about a more interesting outcome. There isn’t much for development of characters in this arc besides Bakugo and Midoriya’s relationship.

If the show does try and fit in another arc, then fans would get to see a return of Class B from the Sports Festival Arc. This however is unlikely because doing so would result in the show rushing things too much and the animators probably understand what they can and can’t do as well as what they should and should not do. Rushing the storyline to get to a lot of good parts can be rewarding, but it’s even better to watch the story progress in a timely fashion and even adding some new things so that the beloved characters get more air time than what can be fit in a manga.

At the beginning of this month the author of My Hero Academia announced the manga’s first hiatus and hopefully by the time the show is done he starts writing again. I’m sure in between the time he will already return, seeing as the show will encompass two seasons and six months worth of anime for fans, so maybe he’ll know what characters to give more time to, when he sees the response of the fan base as they watch his work get adapted further. If you have yet to see the show, My Hero Academia is well worth a watch as it is a new take on the superhero genre. It’s similar to Disney’s Sky High but at the same time there is more substance to the show since you grow with the characters due to the format being a show and manga rather than a single film. If you do anything this week due to the lack of exciting shows this season, watch My Hero Academia and look for my review of the upcoming season as we get closer and closer to the new season of anime.

What do you think of the show? Are you excited for the new season? Let me know your thoughts below.

Collegian blogger Kevin Avis can be reached at entertainment@collegian.com.