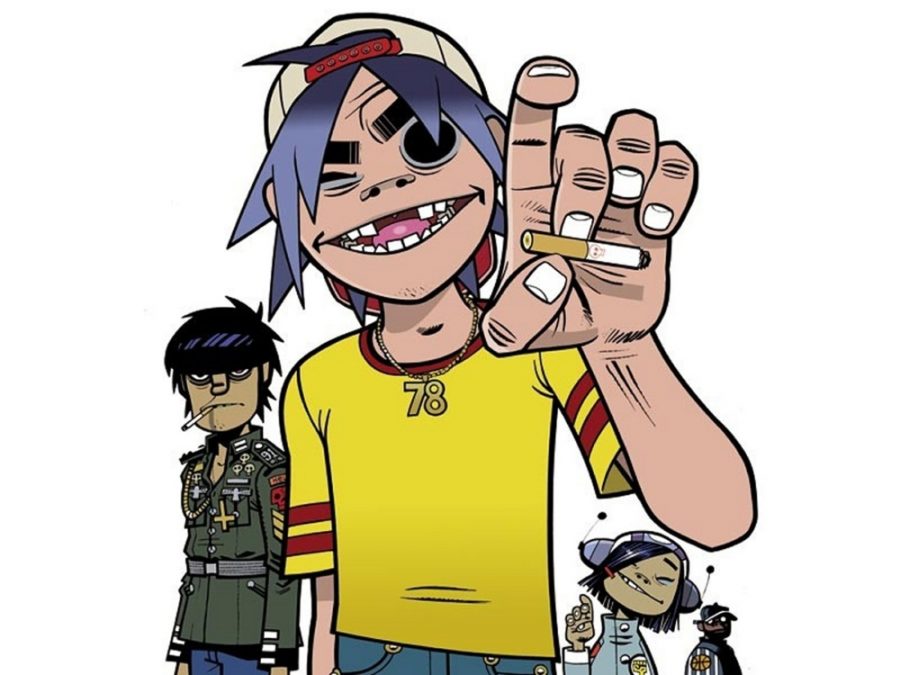 Patiently waiting for something you love to come back usually does not pay off.

Unless that something is new music from Gorillaz. Their upcoming album will be titled “Humanz” and it drops April 28. It will be the cartoon band’s first full-length release since 2010’s “The Fall.”

Last Thursday four new tracks off the album premiered on multiple U.K. radio stations, including BBC Radio 1. Each song is vastly different, which is to be expected from a group that does not and cannot confine itself to one specific style. The new tracks are available to stream on Spotify and Apple Music or you can listen to them below from the official YouTube channel.

“Saturnz Barz (Spirit House)”
Mini review: Catchy and hypnotic, Jamaican singer Popcaan is hard to understand and the 360 video would be quite the experience in an altered state of mind. Also, Murdoc gets naked. Gorillaz are definitely back.

“We Got The Power”
Mini review: Bouncy, happy and definitely the most pop sounding with vocals from Jehnny Beth, you almost forget that the previous song took you on a weird trip through space with worm-monsters.

“Ascension”
Mini review: Gorillaz continue their tradition of collaborating with rappers—this time it is Vince Staples. It is a trip-hop song about the end of the world.

“Andromeda”
Mini review: Featured on this chill and softer track is D.R.A.M. Imagine an enlightened trip through space without the threat of worm-monsters.

Along with those, “Humanz” will contain a total of 14 tracks on the regular edition and five more on the deluxe edition. The album will also include the politically-charged single “Hallelujah Money,” which was released in January. Pre-orders are available now on their official site.

Those lucky enough to snag tickets from the band’s website were invited to a secret show at London’s Printworks. At the concert they debuted the entirety of “Humanz” along with many of the artists featured on the album. The rest of society was able to see some of the concert when the band went live on Facebook. Though, admittedly, the footage is not much better than what you would see on a friend’s Snapchat story.

The first official concert of their tour will be at the band’s own sold-out Demon Dayz Festival in June. More tour dates are expected to be announced and hopefully in places closer than the U.K.

Collegian reporter Zach Bermejo can be reached online at entertainment@collegian.com or on Twitter @zach_bermejo.