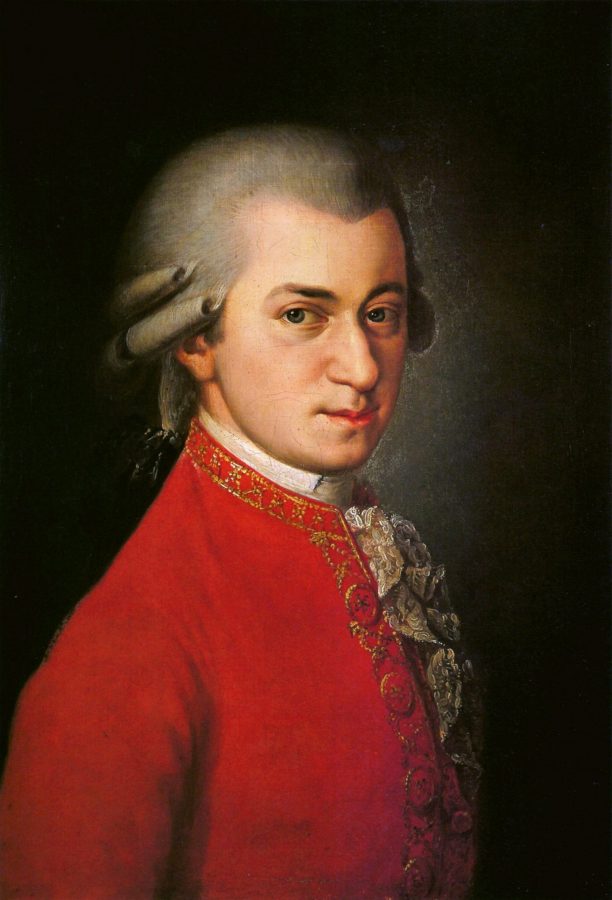 The upper opera seating was filled with young faces by the time the doors opened. Nearly 66 students of the Colorado Springs Youth Symphony came to listen and learn. Ensemble Director Gary Nicholson explained that these seven to 12 year old students were in fact experienced musicians. Nicholson said they have performed at Carnegie Hall and will soon perform at the Sydney Opera House.

Nicholson said there is a lot to learn from studying other musicians and ensembles.

“I want them to hear a professional orchestra,” Nicholson said. “Different orchestras do different things. It’s good to hear other groups play.”

Fort Collins Symphony conductor Wes Kenney has been with the symphony for 14 years now, bringing together the sounds of many talented musicians into one cohesive picture.

The first piece of the night was Mozart’s “Symphony No. 39 in E-flat major K543.” It was written in 1788 and is 24 minutes long. This is where Kenney’s expert conducting became evident. This four movement piece of classical music was measured and symmetrical. Kenney guided the orchestra to follow this pattern by producing a balanced sound throughout all variations. The group moved subtly into cadences and seamlessly through changes in dynamics and speed.

The next song, Stravisnky’s “Concerto in E Flat,” immediately sounded edgier and more daring. This 20th century work was written in 1937 and mirrors themes found in his earlier pieces such as “Rite of Spring.” This provocative variance awoke the audience and allowed the orchestra to demonstrate unique and impressive technique. The flutes for instance made short staccato repetitions of a single note that sounded different than one might expect from a flute.

Stravinsky’s piece was a favorite of Fort Collins Symphony board member Paisley Pettine.

“It was kind of playful and a little bit lyrical,” Pattine said.

Pattine joined the board four years ago and currently serves on the endowment and nominating committees.

The concluding piece was Beethoven’s “Symphony No. 4 in B flat major.” This piece returned to the slightly more calculated, balanced feel of late classical era music. At this point in the program Kenney told the audience that in 1806, when this piece was written, Beethoven had already completed many notable works. By then he was coming to terms with his deafness. He wrote this symphony as a much cheerier affirmation of these events.

“What he (Beethoven) gave us is just pure joy,” Kenney said. “Be prepared for Beethoven to pull a couple fast ones over on you.”

The show exemplified what local talent exists here in Fort Collins and what life the Fort Collins Symphony brought to these master treasures.

The next performance by the ensemble will be on March 24 and is entitled “Pops Concert: Marvelous Magical Movie Master.” “Masterworks 5” will be performed on May 13.