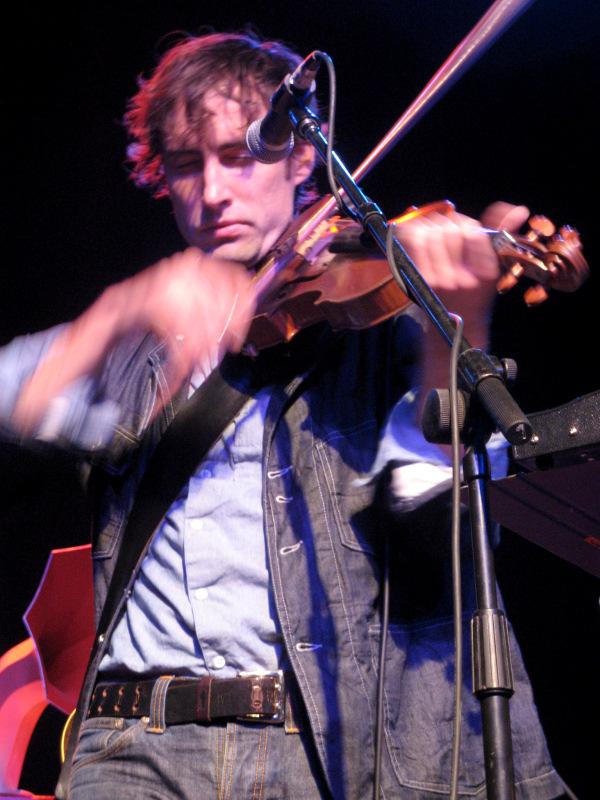 Andrew Bird cannot ever seem to sit still. When the violinist gets a break from touring or recording full length albums, he is looking for something fresh and new to keep himself occupied. In between his 2012 album “Break It Yourself” and his latest album “Are You Serious,” Bird recorded three extended plays, one in which he traveled to Coyote Gulch in the Utah desert and recorded in a canyon to produce an authentic, natural sound. He wrote the score for the independent film “Norman” and FX’s show “Baskets.” He appeared alongside Paul Simon and Chris Thile last year on the variety show “A Prairie Home Companion.” The list could go on.

His latest project is “Live from the Great Room.” The series started in July of last year. Every week or so, Bird invites some of the world’s most acclaimed musicians into his home to play a few songs in his high-ceiling living room to discuss music. There is no present audience, but it is aired live on Facebook and is archived on his page for anyone who could not tune in to the live session.

Some of his past guests include Academy Award winner and star of Adult Swim’s “Check It Out! with Dr. Steve Brule” John C. Reilly, rock ‘n’ roll legend Jackson Browne and the eccentric Fiona Apple. Genres range from jazz with Esperanza Spalding to classical with Punch Brothers’ Chris Thile to folk with My Morning Jacket’s Jim James.

The latest guests to appear on “Live from the Great Room” are brothers Taylor and Griffin Goldsmith of the folk-rock band Dawes.

It is about time Dawes and Bird got together to play music. The timing is understandable, given that guitarist Blake Mills produced Dawes’ album “We’re All Gonna Die” in 2016 and played lead guitar on Bird’s “Are You Serious” in the same year. Regardless, any fan of Dawes would likely love Bird and vice versa.

With the limitations of a violin, an acoustic guitar and various shakers, snares and tambourines, the whole performance is stripped to the essentials. The set includes Dawes’ “Right on Time,” “Roll with the Punches,” Bird’s “Puma,” “The Naming of Things” and a cover of “The Way I Feel Inside” by The Zombies.

Half of the set is music; the other half is an intimate discussion of music. Bird took 12 years to clear up the meaning behind the song “The Naming of Things” from his 2005 album “The Mysterious Production of Eggs.” He finally tells the story of the memorable and out-there line “In memory of garbage can.” They dig deep into the subjects of songwriting, recording and the hardships of playing three-hour long shows.

Since these are live sessions, there is no way of going back to edit. Bird has said in interviews that his live shows are not successful unless something goes wrong. It keeps things real and interesting. During his own song “Puma,” Bird misses the transition to the outro. He stops, laughs at himself, goes back and corrects his mistake.

This session with Dawes has been one of the best of the entire series. Nothing quite compares to the Goldsmith brothers’ harmonies sung over Bird’s carefully crafted songs. Violin is almost non-existent on every Dawes album. Chances are you will never be able to hear Dawes songs in this way unless you watch this performance. The set list is near perfect and ends beautifully with Bird’s signature violin looping and whistling.

All “Live from the Great Room” episodes can be found on facebook.com/andrewbirdmusic. New episodes begin again in May.