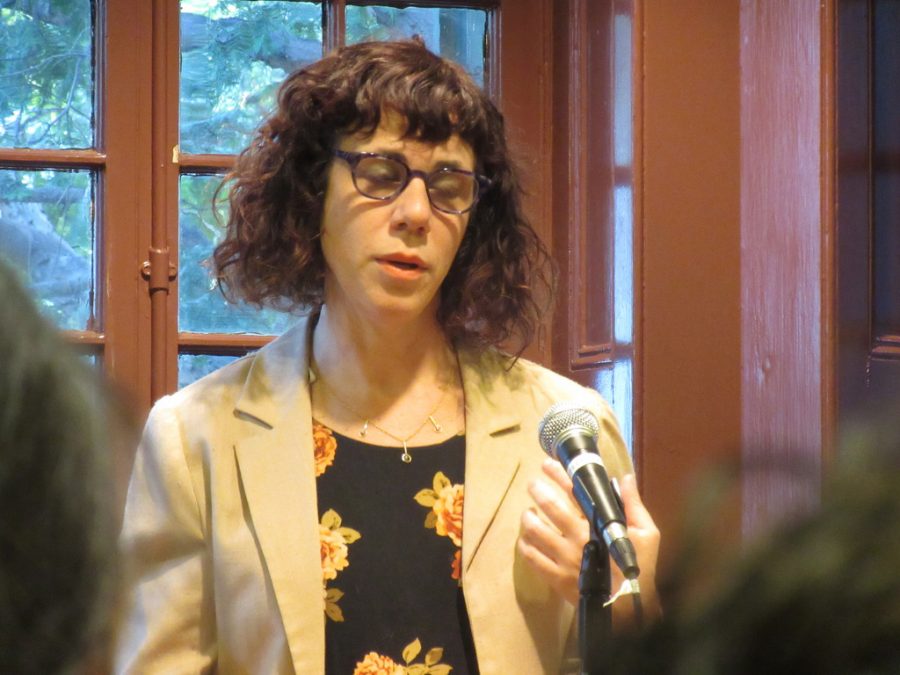 "All Grown Up" author Jami Attenberg (Photo courtesy of kellyhousewriters on flickr.com.)

Sex, drugs and gender roles. If anything can be taken away from “All Grown Up,” the new novel by Jami Attenberg, it is these three themes. Published on March 7, the author of “The Middlesteins” returns with a novel about self-discovery and finding a place in the world.

The protagonist of the book, Andrea Bern, tells her story of being 39, unmarried and childless in New York City. As a failed artist, Bern is trapped in a constant struggle of wanting love and a family. While her friends and family members are having families of their own, Bern seems to be stuck in place.

Bern is a character plagued with family issues, pained past and inner demons that prevent her from obtaining marriage and children. Instead, she stays on a path of drug-use and one-night stands, all the while facing her personal issues and battling her troubled past.

This is a book to sit back and relax with. At 142 pages, “All Grown Up” is a simple and easy read. The physical length is not the only thing that makes it quick. Right off the bat, the reader is pulled into Bern’s story. Bern’s first-person narration adds humor and depth to the reading experience. Some things she says will warrant a laugh or two, while others may make the reader stop and think before going on to the next page.

The racy themes in the book may be reason enough for a reader to re-consider choosing “All Grown Up.” The book deals with heavy problems such as death, drugs and abuse. It also has some pretty sexual scenes that can become a little too detailed at times. All of these things, however, make up who Bern has become and makes the reader better understand her troubles.

“All Grown Up” goes beyond the typical story of a distraught young person facing the big bad world. This is a story of a grown women learning what it actually means to grow up. Bern must deal with the world even if that means letting go of the things that make her happy. Throughout the book, Bern finally begins to understand what life is supposed to be and what is important to her. Attenberg tells her story in a humorous and heartbreaking way.

Should you read it? Maybe.

Intense themes and points where the main character is hard to like make “All Grown Up” a different kind of read, but it is still worth a try. In the end, Bern is a relatable character. Though she is older than the typical college student, everyone can relate to the feeling of being lost and wanting to find their place in an overwhelming world. We all are figuring out what we want while facing the inevitable and somewhat scary reality of growing up.

Collegian reporter Megan Hanner can be reached at entertainment@collegian.com or on Twitter @meganhanner48.