The taste of nature: What you should know about foraging on Colorado trails 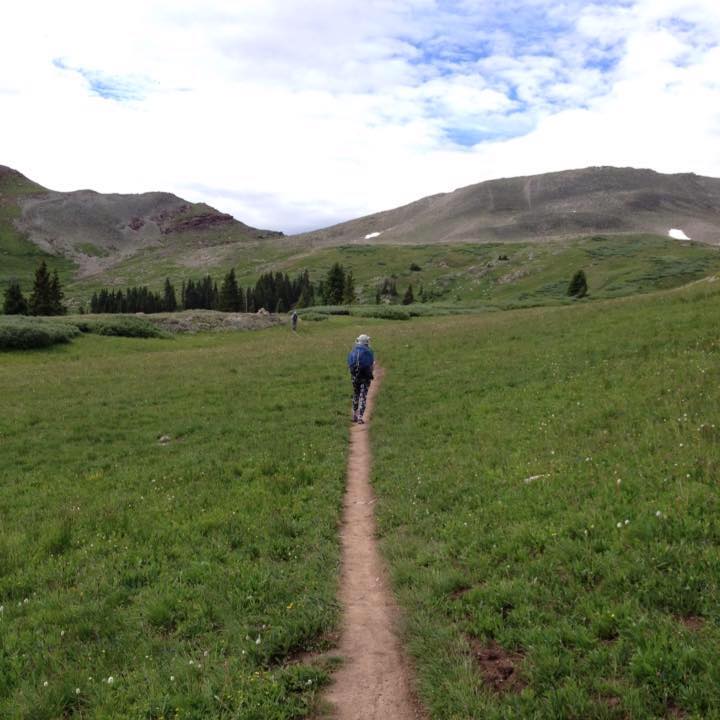 With the accessibility of the internet, it is easy to look up medicinal and edible plants in Colorado, however, the practice of foraging for food on the trail requires extensive research and forethought.

Laura Cascardi, a botanical herbalist at the Golden Poppy Herbal Apothecary, was first taught by her great grandmother. Cascardi furthered her education of studying plants at the Rocky Mountain Center for botanical studies and studied botany at Colorado State University, and now she teaches classes on Colorado plants for the community and at CSU.

“The one thing I want to start by saying is every good herbalist and forager knows how to kill people,” Cascardi said. “So if you don’t know what the plants are, you need to absolutely not eat them.”

Cascardi is cautious to tell people which plants to eat because each person should become well versed in plants before eating them.

“There are some lookalikes that literally can kill you,” Cascardi said. “I mean with one bite. So be a little bit afraid.”

Cascardi follows the Wise Woman Tradition, which emphasizes the importance of following intuition and common sense while acknowledging the perfection that exists in nature. This tradition that teaches about the use of plants is passed down orally.

“I remember when I was first learning my plants and what was edible and medicinal here in Colorado, before the internet was around, she (her grandmother) would bring reference books with her on the trail and become acquainted with each plant.”

Cascardi said reference books are an important tool for beginning foragers. She uses “The Flora of Colorado” written by CSU professor Jennifer Ackerfield to identify plants.

“You can use this to ID if you’re not really sure,” Cascardi said. “It is one of a kind.”

Danny Volz, graduate of Warner College of Natural Resources at CSU and stocking specialist at REI in Fort Collins, is an experienced backpacker. He advises using books as well.

“I would start with reading books and studying plants and plant structure because there are some plants that are really similar but there might be a small difference and that small difference could just be that chemical that is dangerous to humans,” Volz said.

Beyond knowing the plants, Cascardi advises that backpackers know sources of noxious substances.

“You must harvest herbs from a clean space,” Cascardi said.

Clean spaces exist where there is no human civilization and where there are no other poisonous plants near the area.

“If you think about where nutrient exchange happens in the root system, if something is growing by water it is absolutely picking up toxins that may not affect the growth pattern of the plant because they just store it in their cell wall,” Cascardi said. “Whereas if we eat it, it can really damage us. So, the other thing is knowing which plants are poisonous because if you harvest plants that are by something that is poisonous, they can pick up some of the toxins and actually become poisonous themselves.”

Volz said stay away from plants that have bright red coloring, often they look like berries but are in fact poisonous red seeds.

In most cases, edible plants end up being what we consider weeds, Cascardi said.

“Some of our most edible plants end up being the things that we call weeds that we spend a lot of time, money and energy eradicating,” Cascardi said. “For instance, every part of the dandelion is edible, and you’ll find dandelion down out in the plains in Pawnee National Grassland grasslands all the way to very high elevations, well past 9,500. If you’re using it medicinally it’s good for your kidney and liver as far as nutritionally. It’s super rich in nutrients.”

Common berries are also a staple edible plant in Colorado, according to Volz. The most recognizable, and therefore safest berries to eat, are strawberries, raspberries, vaccinium and gooseberries. Berries ripen the end of July to mid-August, according to Volz.

“In Colorado, we have a low amount of plant coverage for understory plants, so a lot of the plants that you would be eating that are edible are going to be berries,” Volz said. “And that’s what I feel the most comfortable telling people which ones you can and can’t eat because there’s about four or five berries that are pretty easy to distinguish and figure out which ones they are.”

Another dangerous but rewarding food found on the Colorado trails are mushrooms.

“There’s some really delicious mushrooms out there,” Cascardi said. “Mushrooms are some of the most delicious and nutritious foods we have out there.”

Volz said there are always mushrooms but to be careful which ones you eat.

“That’s definitely something you have to know what you’re doing,” Volz said. “If you’re going to eat mushrooms, you need to have a book and you need to have spore papers so that you can do a spore print. It will identify the kind of fungus.”

While on the trails, foragers have a responsibility to respect the balance of nature and respect the laws in place. Cascardi said it is your duty to know what plants are endangered and not to pick those plants.

“One of the huge things is proper harvesting techniques,” Cascardi said. “When you’re harvesting, even if it’s something like dandelion, as humans we are really awesome at making things go extinct. We love doing that. ‘Oh, look at this beautiful thing; let’s harvest it until it’s gone.’ The Wise Woman Tradition says pick one in 20 plants. So, you don’t sit there and pick everything you see. You make sure you don’t harvest a ton.”

It is best practice to follow the leave no trace philosophy, according to Volz.

“When you’re out backpacking you always want to follow the leave no trace policy and that’s kind of a grey zone because you’re not really leaving a trace because you’re eating it, but I would definitely say that if you’re going to forage, for berries especially, don’t take all the berries,” Volz said. “I would leave some berries because the birds, bears and squirrels are also relying on those as well. I think that sometimes you can get carried away, and I would definitely leave some for nature.”

Cascardi said oftentimes you don’t have to stray far from the trail because weeds grow along well traveled areas.

“They are not far off the trail,” Cascardi said. “If you think about the way that plants grow, those first successors, the ones that come to disturb soil i.e. the sides of a path, are the ones that are our food. So, we often don’t have to go far in seeking. They’re often right on the edges of a well-traveled path or somewhere that used to be a homestead. Looking at those disturbed areas is where you’re actually going to find more of your edibles than not. It’s a funny symbiotic relationship that we have. We destroy the land and the plants that grow back are good for us.”

Berries don’t always grow as consistently along the trail. Volz said sometimes foragers leave the trail to find them.

“You can always go off trail,” Volz said. “But if you’re in a wilderness area, they suggest you spread out so you’re not trampling down one spot.”

The different classifications of public land determine what kind of foraging is allowed. Foraging is not allowed in national parks. There is a policy of staying on the trail and not touching anything. The United States Bureau of Land Management lands allows for the reasonable collection of plants and plant matter for non-commercial purposes. National forest land has varying costs, permits and stipulations regarding plant foraging depending on the region.

Cascardi said she forages for almost all of her food during backpacking trips.

“When I take my children backpacking, we would bring nothing,” Cascardi said. “I would bring emergency ramen in case. We would just harvest the food that we ate on the trip, and just bring a little water filter and that was it.”

Cascardi said you can eat full meals while foraging.

“There’s a lot of roots out there that are edible,” Cascardi said. “There are some Apiaceae, which are in the carrot family. Other herbs that we eat are nettle and raspberry leaves, as long as they’re young leaves; the older leaves have a lot of tannins and don’t taste as good.”

Although he is an experienced backpackers, Volz stresses about the importance of bringing back up food, especially if you are an inexperienced forager.

“It’s hard to forage for food in Colorado because it’s such a dry climate because you wouldn’t get a lot of calories from it,” Volz said. “It would be more of a supplemental diet unless you were hunting also.”

Despite the obvious risks to foraging for food while hiking in Colorado, by eating the food that nature provides you can not only see, feel and smell nature but taste it as well.

“I think it would be really good for people to interact more with nature and learn more about how we used to live,” Volz said. “It brings us closer to nature, and we recognize that there’s a lot that nature has to offer, more than just taking pictures and looking at the sights, smells and things like that. I definitely think it brings a whole new experience to nature when you’re out there hiking around and you stumble across a strawberry patch or raspberry patch and you take a little break and get a snack in.”