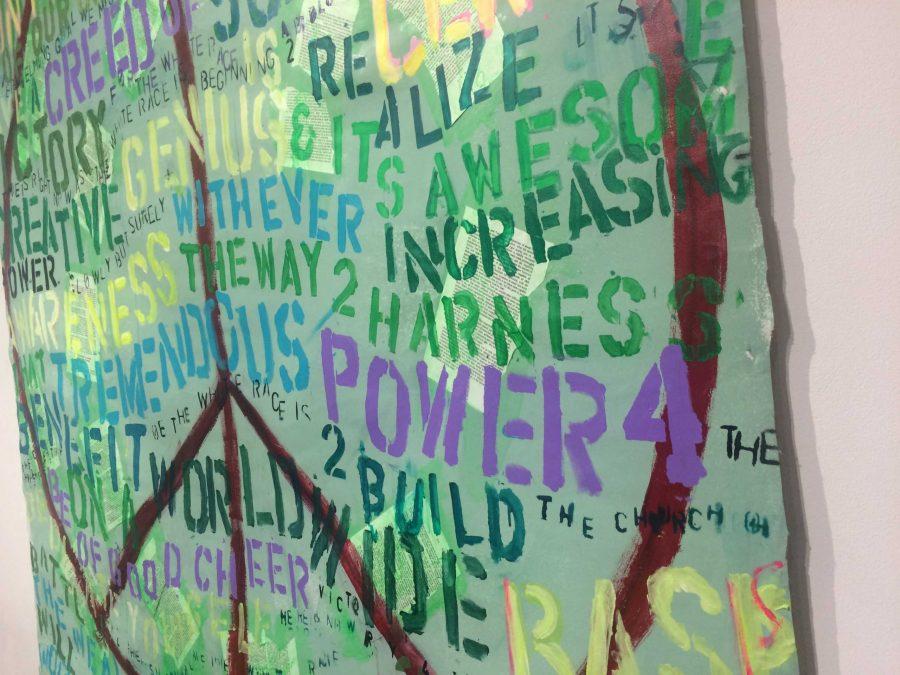 The Fort Collins Lincoln Center and Fort Collins Museum of Art is hosting perhaps one of the most compelling exhibits in recent times. “Speaking Vollumes: Transforming Hate” is the collective work of 39 different artists who have transformed racist ideologies into something positive and diverse.

“The White Man’s Bible” and “RAHOWA! This Planet is All Ours” are the titles of two chilling, anti-Semitic publications written by Ben Klassen, the founder of The Church of the Creator, a religion that aligns with neo-Nazi ideology.

These are also the very books the “Speaking Volumes: Transforming Hate” exhibit have put on display in nearly unrecognizable ways. This exhibit opened in January of 2008, and has toured across the nation.

The story opened in 2003 in Montana. The Montana Human Rights Network had acquired thousands of copies of anti-Christian, anti-Semitic, racist books written by Klassen, the leader of one of the most violent white supremacy groups in the nation.

The exhibit begins with a table of learning tools, so viewers can have a better understanding of the significance of the art. This table includes copies of the books written by Ben Klassen, as well as a binder full of news clippings regarding recent race-related crime in Northern Colorado. This confirms that racism indeed hits close to home.

The exhibit continues on with many unique sculptures and paintings presenting the Klassen books in renewed light. They are shredded, shaped into origami, plastered and painted over.

One of the most eye-catching works is an acrylic painting done by Barbara Romaine named “Dialogue: Peace.” Her creation depicts pages torn out of the Klassen publications covered in a large piece sign and direct quotes from the books themselves.

“My goal was to highlight various words within the passages to form an alternate benign text,” Romaine said. “Also, by adding the peace symbol and Star of David, I believe the symbols carry enough positive charge to negate the malignant words.”

Another featured work of art is by Cathy Weber named “Racial Holy War.” It shows “RAHOWA” on its side with paper snowflake designs spilling out. These designs are actually blood and tears, the “human cost of hatred and injustice,” according to Weber. Lately, Weber has felt a need to respond to hate by making beauty, which in turn sends a thought provoking message as well as personal comfort.

The exhibit shows material that may be considered for adults only, such as the racist books themselves, swastikas and derogatory terms used in some of the artwork.

The creative station outside the exhibit is the perfect contrast to the negativity in racism, providing a sense of hope that we can instill in others and more importantly, the future generations. The wall is filled with messages and pictures people have made describing how they “choose love” and that silence never promotes change.

In light of racism that has happened 200 years ago, or racism you could witness tomorrow, “Speaking Volumes: Transforming Hate” provides an intense visual of racism people have attempted to instill in others but also shows the capability to turn something prejudice into an opportunity for awareness of what is happening everyday.

“Our mutual hope is that the expedition spores reflection in dialogue on the topics raised by the artworks” reads the Lincoln Center’s website. “And above all, the possibility of transformation from the spirit of hatred and discrimination towards one of love and justice.”