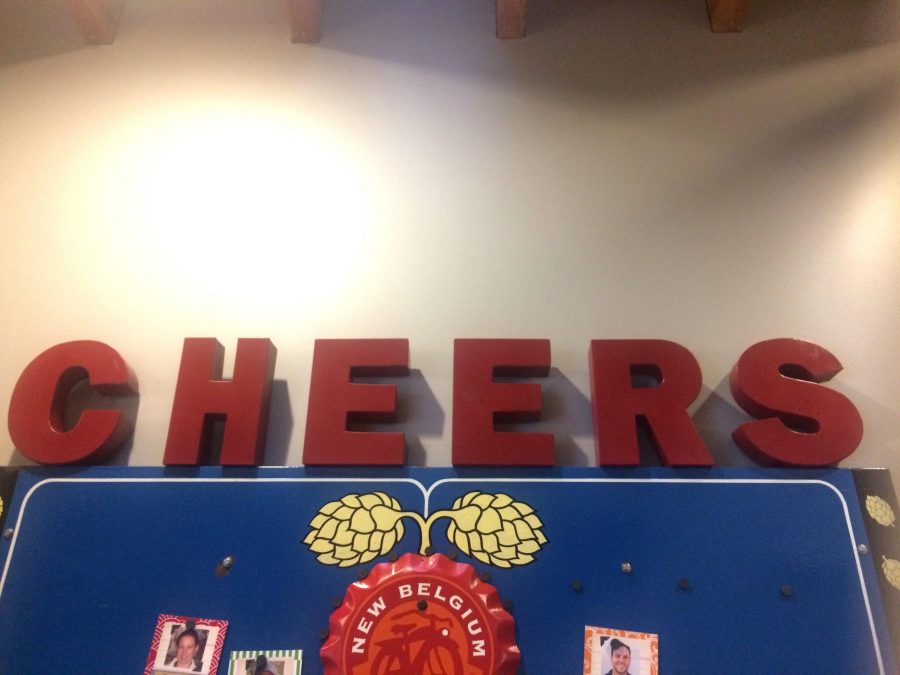 When people think Fort Collins, they think of people riding their bikes and drinking beer, maybe even at the same time. This city takes pride in its residents’ love of nature, and the many craft breweries and distilleries form people’s livelihoods and create a sense of community here.

The economy and culture of Fort Collins, as well as all of Colorado, has historically relied on many types of agriculture, and specifically fermentation. Fermentation not only creates alcohol products, but also breads, cheeses, yogurt, pickles, meats and many more common foods everyone loves to indulge in.

Lucky for people who wish to feed others in an enticing way, they can enroll in the Fermentation Technology and Science major here at Colorado State University.

This major is an opportunity that few universities have, and CSU is the perfect candidate to teach students about fermentation, with companies such as New Belgium Brewing and Odell Brewing more than willing to lend a helping hand to educate.

The program covers every aspect of fermentation, from the science of yeast and bacteria, to understanding a complex market. This major has a variety of professors and teachers, including CSU alumni and adjunct professors from Fort Collins breweries.

The Associate Director for the FST program Jeff Callaway’s first intention was not fermentation, but rather pathology. After some time, Callaway grew an interest for not just the “bad” organisms but the goods ones too, such as the yeast and bacteria that help ferment food.

“The goal is to teach students the hard and soft skills and information they need in the industry,” Callaway said. “So that when they show up, they’re not total newbies and can be far more valuable in production. It’s about exposing them to the range and depth of each step of the process.”

On-site experience is a big component in having success in fermentation, but the FST program aims to teach students every level of production in controlled lab and classroom settings. A tremendous amount of science goes into the process of beer making, as well as quality control and marketing aspects.

So how is beer made anyway? The whole process is referred to as “farm to foam,” in which raw materials are grown on a farm and made into the delicious brews we know and love.

Callaway explains the first step is mixing the malt grain, usually barley, with warm water, making a substance called sweet wort. The wort is then boiled and sterilized when hops are introduced to the mixture. Historically, hops act as a preservative, but they are also a bittering agent.

“It balances out the strong sugary backbone of the wort,” Callaway said. “You can’t tell there’s hops in well balanced beers, but there’s a strong presence in IPA’s and other brews, which have become pretty popular. Where and how you add hops affects the whole flavor of the beer.”

What used to be sweet wort is now called hops wort, and it is boiled and cooled to be sterilized. Yeast is added to snack on the sugars of the wort, and then the most important components of beer are created: alcohol and carbon dioxide. From there, the beer can be aged or refined for various amounts of time and then gets packaged and shipped, ready for any beer lover to consume.

The overall process of beer making is like brewing your favorite cup of tea, and people have been doing it for centuries.

“There’s miles of nuance here to do this consistently and to do it well, but the whole process is fairly simple,” Callaway said. “It has been done for ages and beer may have been the reason people civilized.”

Callaway also said that types of beer depend on the water profiles of where they are made. Fort Collins and the surrounding area is fortunate enough to have soft, mineral-rich water suitable for beer brewing. In the UK, people are making porters, and across the pond in Ireland, they are making stouts because those are more suitable for the harsh water profiles these countries have.

Students can learn this process from professionals with years of experience and passion who are right in town. Jeff Biegert of New Belgium has been brewing for 25 years and has won countless awards at brewing competitions and knows the importance of beer for Colorado’s economy and culture. New Belgium specifically bottles about one million bottles of beer a day to be sent around the country and even the world, and continues to be a leading supporter in sustainability and research.

“I think craft beer’s success comes from the grassroots movement and the outdoors mindedness Colorado has,” Biegert said. “People here love being able to buy their beer local, and having fresh and unique flavors to choose from.”

Biegert says he will never forget the first time he tasted a great craft brew, where you usually had to search far and wide for, but now could find in any small town in Colorado.

“The camaraderie and collaboration this industry brings is another reason craft brewing is so successful,” Biegert said. “Everybody is interested at least from the technology side about making great beer. If we didn’t have great beer, this industry would be exhausted.”

In short, life is too short to drink cheap beer. Fort Collins and the Front Range are thriving from the endless craft breweries making their mark in our state’s culture and hopefully making a mark in your decision to buy and be Colorado proud.