Dirty Projectors are back with possible last album 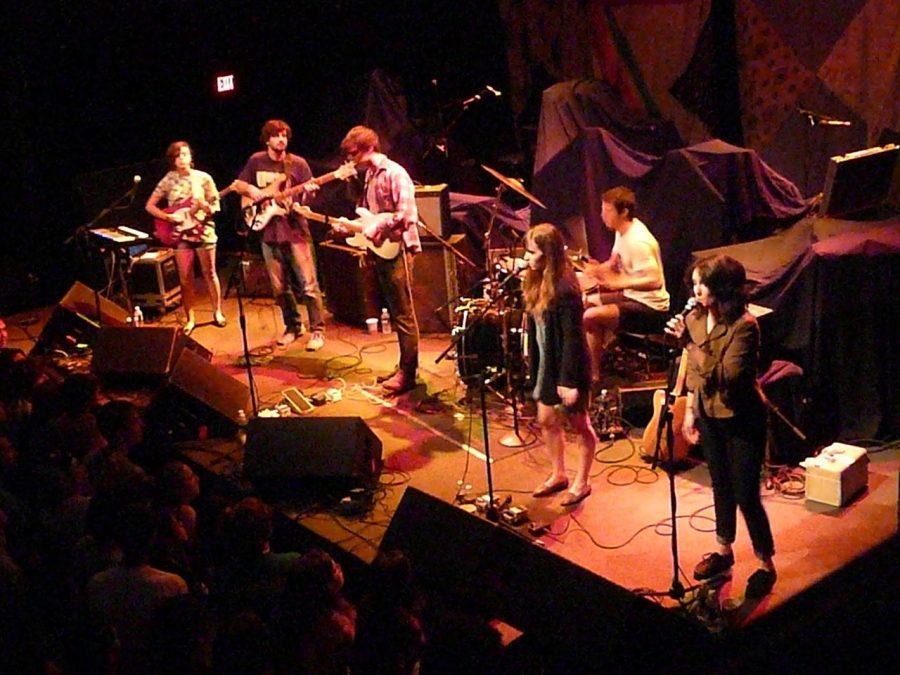 With what might be the most experimental break-up album in a long time, David Longstreth’s Dirty Projectors are back with a self-titled album after five long years.

In 2012 Dirty Projectors released “Swing Lo Magellan.” The album garnered wide-spread critical and fan praise as the album scored an 8.8 and was prestigiously awarded “Best New Music” by Pitchfork.

“Magellan” was recorded in Delaware County, New York and can best be characterized as a “beats-driven folk” album as it had influences that included Nirvana, Lil Wayne, Neil Young and even classical composers such as György Ligeti. It was eclectic, yet the Projectors’ most accessible album to date.

While the album brought in new listeners and fans, Dirty Projectors have been making some of the most interesting pop-influenced folk and rock music for the past decade and this year’s self-titled album is no different.

At first listen “Dirty Projectors” comes off as incredibly dense. The album is increasingly more electronic than anything in the Projectors’ or Longstreth’s discography and, at times, the sounds are downright abrasive. Crushing synths, rolling drums and Longstreth’s alien-like, sinewy voice litter each track.

The track “Death Spiral” sounds like a more instrumentally progressive Justin Timerblake a la “Futuresex/Lovesounds” era. Raging, bass-drenched synths ebb and flow throughout, sounding like they were taken right out of Kanye West’s divisive “Yeezus” all the while seeming to complement the flourishing Spanish guitar present. Longstreth’s pitch fluctuates as he whines out lyrics about being trapped in the “death spirals” of a relationship nearing its end.

Lyrically this album has been described as a break up album and some context is needed for that distinction. A lot of the themes on “Dirty Projectors” detail growing distant from a lover and life after a long, defining relationship with someone. It is no surprise that this album has come out after Longstreth’s break-up with former bandmate and girlfriend, Amber Coffman. Coffman was an integral part of the Dirty Projectors album from years past, lending her vocals and talented guitar playing. “Dirty Projectors” is the first album without Coffman’s contribution to the Projectors’ formula and it is evident in the production and lyrics.

In the first track “Keep Your Name” Longstreth admits upfront his faults in a failed relationship. Longstreth here chants, “I wasn’t there for you, I didn’t pay attention, I didn’t take you seriously and I didn’t listen.” It is this type of self-recognition and ownership Longstreth airs throughout the duration of the next eight songs.

Themes of losing a person and oneself are present in the song “Winner Take Nothing” as Longstreth touches on seemingly being unable to take anything positive away from an ended relationship. Yet the album is full of revelatory moments for Longstreth like in the song “Cool Your Heart.” Here Longstreth croons, “last night I realized that it feels wrong to start relying, making decisions based on another person.” Much of this album is Longstreth embracing and processing his thoughts on the post-relationship state of being.

Sonically the album seems to acknowledge Coffman’s absence, with a much more electronic focus and Longstreth’s unaccompanied vocals. Much of this album is a departure from Dirty Projectors’ already unique sound, yet seems like a logical progression.

While the album shows progress and promises, rumors have begun to surface this may be the last Projectors album. Longstreth has already worked on his own with myriad artists like Kanye West, Rhianna, Solange and, indie favorite, Joanna Newsom. With Longstreth lending his solo talents and this last album being so personal, it would be no surprise for the musician to fully embrace being on his own. As of right now there are no plans for the Dirty Projectors to tour this album. The future of Projectors is uncertain.

You should you listen to it?: Yes.

Longstreth’s transparency towards grievances and guilt about a breakup are themes that are very real no matter the listener. “Dirty Projectors” is painfully honest and mature, yet constantly experimental. It is an album worth experiencing in one sitting and a conceptual one at that. The slew of ideas can be overwhelming, but anyone who has gone through a breakup can probably recognize the kind of headspace an event like that can put you in, even months down the road. An incredibly moving album, the real heartbreak is that Dirty Projector fans will probably never hear this album performed live.