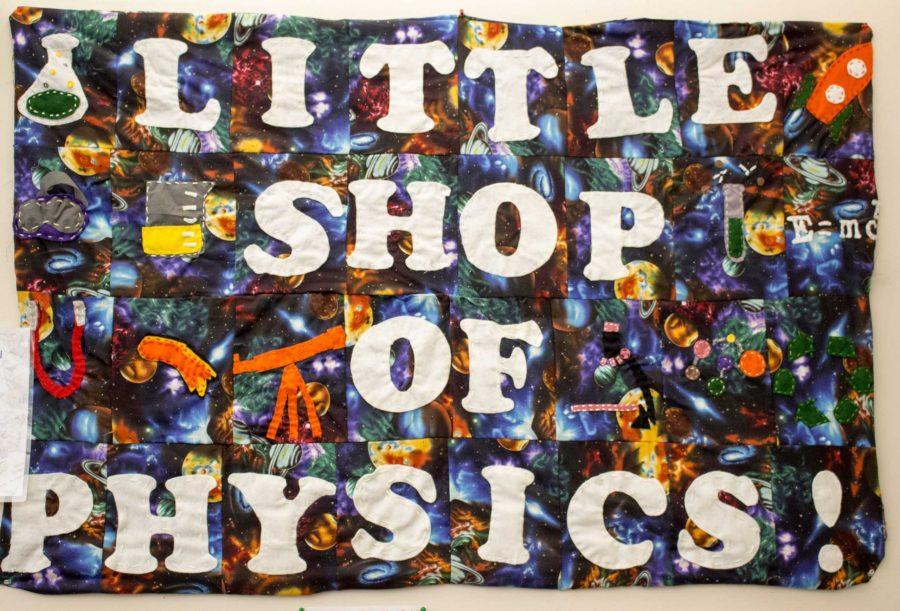 It was a scene straight out of a “Bill Nye The Science Guy” episode. Aluminum cans spinning in a magnetic field, beach balls seemingly levitating in mid-air, laser beams traveling down the arc of a falling water jet. Table after table of fascinating science demonstrations filled a classroom at Lesher Middle School and, between them, dozens of kids screamed in excitement.

This is the Little Shop of Physics, a science museum in a box blowing minds around the globe. This CSU-born organization tours the country and beyond, bringing with it a spectacular approach to science education. Kids from grade school up to high school are given hands-on interaction with some of the most interesting physical phenomena capable of being boxed up and put on the road.

Heather Michalak, the Little Shop’s Outreach Coordinator, has seen this troupe through its 26 continuous years at CSU.

“We truly believe that you learn science by doing and not necessarily by being lectured to,” Michalak said.

The Little Shop embodies this principle through its vast collection of handmade science experiments. Volunteers and staff think up and create these hands-on lessons and bring them on trips to schools every week.

Since its inception Little Shop has inspired over half a million kids. An average day may see over seven hundred.

Michalak said the team’s diversity of personalities is what makes the program great.

“It’s given us a lot of flavor and a lot of our creativity,” Michalak said.

Travel is not limited locally. Large trips are conducted every winter with the most recent being to Todos Santos, Mexico. Last year the Little Shop took their program to Namibia, and they visit the Pine Ridge Indian Reservation every Thanksgiving.

The Little Shop went on their first trip of the semester Jan. 26, visiting Lesher Middle School in Fort Collins. Many of the team members who went along were first timers fresh out of training.

One such volunteer was Joras Oliveira, a freshman physics major from Brazil. Oliveira said he loves the reactions the experiments get out of kids.

“There are some experiments that, whenever the kids are playing with them, they are just like ‘oh my god,’ and you can see how their minds are blown,” Oliveria said.

Whenever the science is too subtle or scary to do in the classroom the Little Shop makes videos.

Director of Video Production Patrick Lindsell has been with the team for three years. Having done film and television work in Zimbabwe and Britain Lindsell applies his storied skills in creating accessible physics demonstrations for educators around the world.

Lindell said the Namibia trip in particular pointed out the importance of what the Little Shop aims to achieve.

“Africa is generally underserved in educational outreach,” Lindsell said. “(Little Shop) changed people’s perception on potentially how they should be teaching.”

The Little Shop is always open to new volunteers, no matter the year or major. They will be hosting an open house at the LSC on Feb. 25. Michalak ensures it will be a great time to meet the staff and play with over three hundred demonstrations.