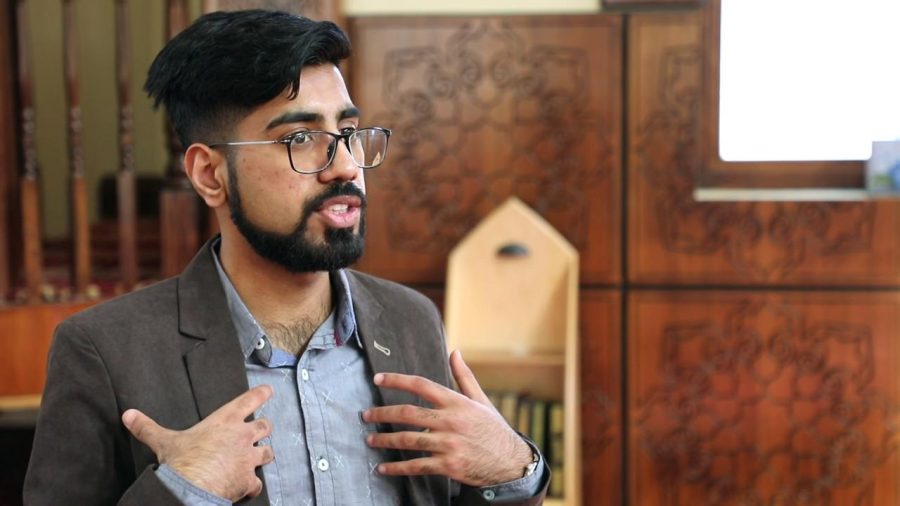 With the words and actions of many Americans that followed President Trump’s travel ban, it is evident that our society often misunderstands what it means to practice the Islamic faith.

Muhammad Hamza Ahmad, a junior at Colorado State University studying accounting and finance, worships at the Islamic Center here on campus and is passionate about educating people about what it really means to be Muslim. He showed me around the Islamic Center and taught me some basic facts about the Muslim faith.

We met outside of the mosque. As we entered, Ahmad told me that we needed to take off our shoes.

“We take off our shoes as a sign of respect and to keep the mosque clean,” Ahmad said.

Ahmad showed me around the mosque. There were classrooms where children learn the Quran and rooms for washing hands, mouths, nostrils, arms, heads and feet with water. This important purification practice is called Wudu, according to Ahmad.

Before we entered the room where prayers are offered, Ahmad showed me a large wooden donation box. According to Ahmad, giving is a big part of Islamic culture.

“Zakat is a form of charity,” Ahmad said. “It is one of the pillars of Islam, and all of the funds allocated in Zakat are given to the needy.”

Ahmad said Zakat is used as a way to keep the flow of money equal in society.

“This is so the rich people do not become richer, and the poor people remain poor,” Ahmad said. “This is a way for them to get help.”

Ahmad said there are other charitable expenses in the mosque. For example, the Islamic Center is currently raising money for a new basement project.

According to Ahmad, during Ramadan, which is a month of fasting in the Islamic faith, people donate hundreds of thousands of dollars all over the world.

“Zakat happens on a personal basis,” Ahmad said. “No one is going to ask you whether you paid your Zakat this month. It is a matter between you and God.”

Once in the central room of the mosque, I saw a plushy red carpet and bookshelves of Qurans.

“This is where people offer their prayers five times a day,” Ahmad said. “When the prayer is offered, the Imam, a worship leader will stand alone and people will start forming lines behind him or her to fill up the room.”

According to Ahmad, the Imam is selected at the community level. Members of the community choose someone who is considered knowledgeable and wise.

Ahmad said that during prayers, everyone faces in the direction of the Kaaba, which is located in Mecca, Saudi Arabia.

“Basically, what God wants you to do is ask him for things,” Ahmad said. “After the prayer, you can ask anything from God. I need better grades. I need a car. I need a house. I need a wife. Whatever your needs are.”

Ahmad said praying helps him address problems in his life.

“One thing that is really good for me as a Muslim is to pray,” Ahmad said. “When I am stressed out or in a difficult situation, it calms me down and the problem gets solved.”

Ahmad said Friday prayers are called Jummah, where the Imam stand on a short flight of steps called a minbar to offer the prayers.

“On Fridays, you can sit in any position,” Ahmad said. “You are relaxed and listening. The worship leader is basically telling you to do good deeds and to be a better human being and to stay away from sins.”

Examples of these good deeds could be acting more respectfully or being more truthful, anything that God asks, according to Ahmad.

Ahmad said Jummah is open to all people. Once this is done, the Khutba begins.

“The Khutba is in English because people come from all around the world,” Ahmad said. “Although, the prayers are offered in Arabic. Anyone is welcome; no one is going to judge you or ask what are you doing here.”

Ahmad said it is good for people to learn about the Islamic faith because there are many misconceptions about being a Muslim in America.

“One day I was asked if I was scared to live in Pakistan,” Ahmad said. “The person went on to ask, ‘Are you scared to be a Muslim with what is going on around the world?'”

“Some people think that Islam is a rude and pretty strict religion” Ahmad said. “People are generally scared of the religion, coming to a mosque and talking to Muslim people because of their religion.”

If you are curious about Islamic Center, Ahmad encourages you to learn more about it by asking a friend who may be familiar with the center to show you around, or by calling the Islamic Center and asking when a good time to come by would be.

Ahmad said there are many benefits to having the Islamic Center in Fort Collins.

“Coming to a mosque and being in a Muslim community is a beautiful thing,” Ahmad said. “No one judges you, asks you when you last came to a mosque; it is your thing with God.”