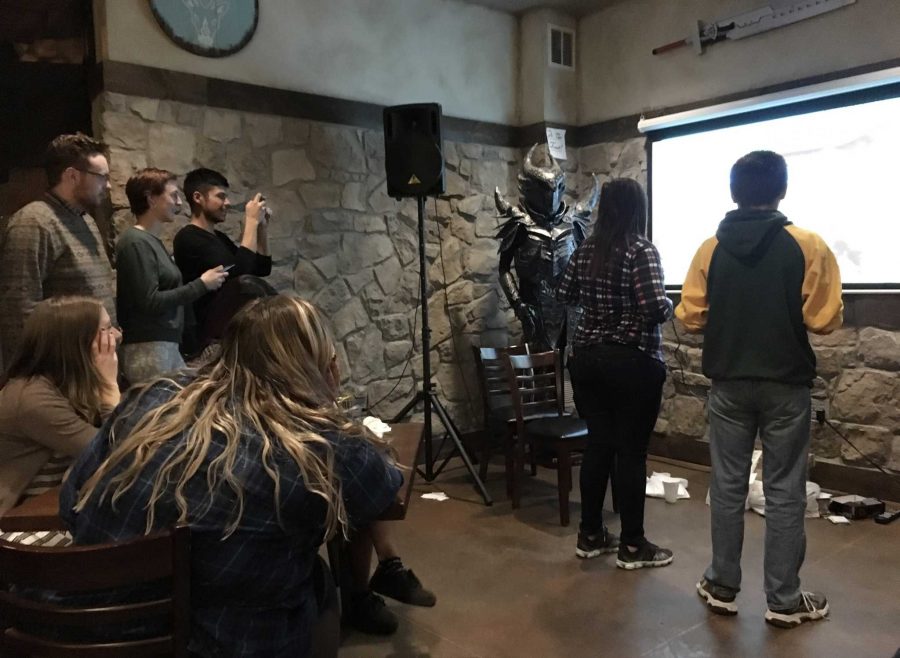 Within the walls of Dungeons and Drafts on Saturday night, there was nothing but sarcasm, sarcasm and some more sarcasm. A large-scale Cards Against Humanity tournament took place that brought many different people together to laugh and drink over a classic party game.

The night featured laughter from start to finish. There were times players could not get out the words they needed to say because they were just stuck hysterically laughing at the cards chosen.

Store owner Manny Garza who was also the host of this tournament. His energetic and lively personality brought nothing but a good atmosphere for the entire crowd to build from. Garza said it has always been his dream to own and operate a bar for the “geeks.” He wanted to give the geeks of Fort Collins a place to go out and socialize over some drinks and a board game, and his dream came true.

One of Garza’s tips for the night was to “laugh at your own cards because most of the time that helps you win.” Garza gave out prizes to the top three winners, including a Wells Fargo plush pony, an Albertson’s coupon, a pair of socks and condoms.

Garza believes that Cards Against Humanity brings people together by allowing people to let loose and have fun, and that’s what Dungeons and Drafts is all about.