Best signs from the Women’s March on Washington 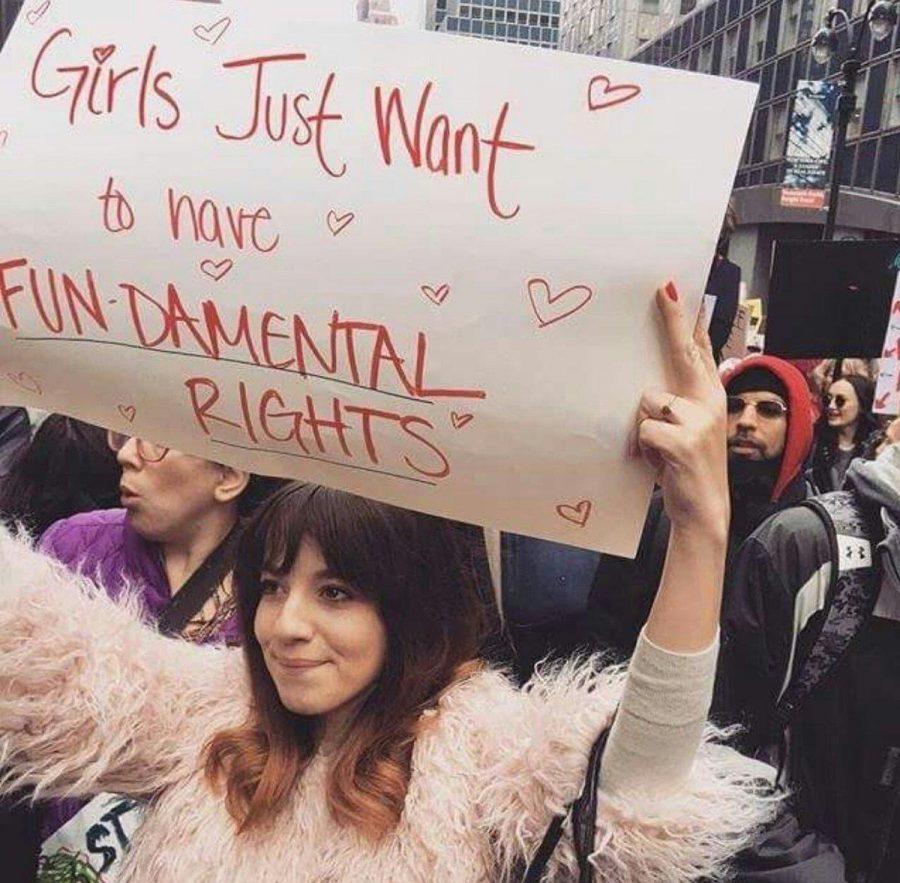 Feminists gathered in many cities over the weekend to protest the inauguration of Donald Trump and his proposed policies that would violate the rights of women, people of color and LGBT people around the world. Not only women but people of all genders came out to protest the rights of all people in the name of social justice.

During the protest, people expressed their opinions in many different ways; the most popular form of expression, however, was through signs. Here are some of the best signs that were seen at Saturday’s march:

The protest was originally started to bring attention to Donald Trump’s opposition of women having the right to choose to have an abortion. This sign that @yumnadel tweeted perfectly sums that up with a clever take on one of the most popular songs about girls of all time. Girl’s don’t just want to have fun, they want access to affordable birth control.

The re-wording of song lyrics was a popular idea to get a message across. This woman reworded the popular Jay Z song “99 Problems.”

Although the protest’s name suggests that it was only organized to protest for women’s rights, this is far from the truth. People came out to support the rights of all minorities including people of color. Aja Naomi King, an actress and known Black Lives Matter activist, tweeted these photos of herself.

This photo of a young boy tweeted by @ellievhall quickly went viral. Many people were extremely happy to see such a young boy understand that “boys will be boys” is never an excuse to disrespect a woman.

He wasn’t the only young one to march. This photo of a young girl holding up a sign that says, “Coach once told me that I ran like a girl, and I said if he ran a little faster he could too” was tweeted by @vicariouslyv.

A crowd favorite was this sign that was designed to look like the famous burn book from the movie “Mean Girls.” Many people who oppose Trump’s presidency opted to insult the president or address scandals he has been previously be involved with as a way to express their anger.