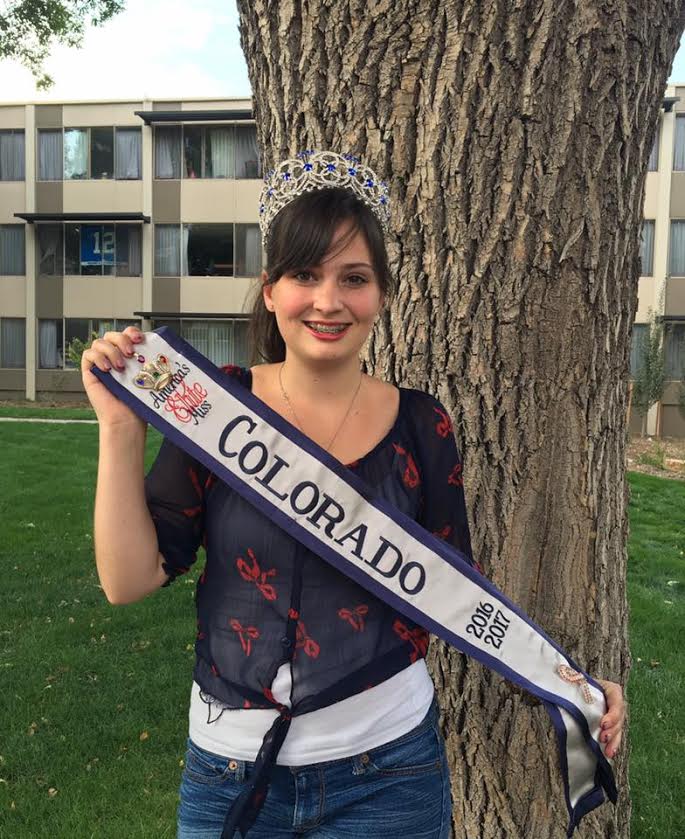 Beauty pageants are something we see on shows like “Toddlers & Tiaras” and movies like “Little Miss Sunshine,” but we rarely see them through our peers. And while pageants do have the potential to be dramatic with stereotypically high maintenance competitors, that is not always, or even frequently, the case. First year business major Raegan Iacometti knows this first hand.

Iacometti has been wanting to compete in pageants since she was a little girl but was not able to until her freshman year of high school. Since then she has absolutely fallen in love. She will be competing in her fifth competition in January and has held the titles USA National Miss Colorado Teen, Princess of America Junior Miss Colorado and is currently the America’s Elite Miss Colorado.

Iacometti is currently studying business with the intention of becoming a pageant manager some day and is already taking huge steps towards this goal, including working an internship and working as a personal assistant to a manager, who just happens to be her mom, stationed in Georgia.

“We’re just trying to reach out to people and we know that like doing pageants increases self confidence and it gives girls just that little extra ‘umph’ and it just makes people feel better about themselves because they’re like ‘you know what? I can talk in front of a crowd, I can do this,’” Iacometti said.

Pageants are not just making sure competitors are ready in time, it is putting on the entire show.

“We also have to come up with set design, so like stage layout and backdrops, and we have to recruit judges,” Iacometti said.

Pageants can also be ridiculously expensive, especially for college students.

“My first pageant I funded probably at least a $1,000,” Iacometti said. “I funded my own pageants. My parents barely pitch in. So like I’ve had jobs. I’ve made a Go Fund Me page. I’ve gone around and found sponsors around town, and it’s hard.”

Iacometti also notes the unique challenge of competing in pageants in Colorado where they are not particularly as popular as they are in other states such as Georgia and Texas.

It is also a very important value for Iacometti that girls not only go into pageants to win and to hold the title. They need to go in it for much, much more

“When you go into a pageant, don’t only go for the crown; go for the experiences. Go for the friendships you’re gonna make,” Iacometti said. “That’s the biggest thing.”

The bond between girls in pageants is especially strong and life lasting.

“I’ve made so many friends from pageants, and we talk all the time,” Iacometti said. “When you go to a national pageant you’ve got friends from across the country. You could go on a road trip and stop and say ‘hi’ to like 20 different people on the way. It’s great!”

There is a difference between a natural beauty pageant, like the ones Iacometti competes in and organizes, and a glitz pageant. In the former, judges choose a winner based on who the contestant is and not how they necessarily look or the price of their dress. Similarly, the look for the impact the contestants have on their community.

Iacometti also raves about ways in which pageants have personally benefited her such as “personal confidence, being able to talk to people and in front of a crows and do interviews,” she said.