‘Titanfall 2’ leaves out amateur gamers with its highly competitive gameplay 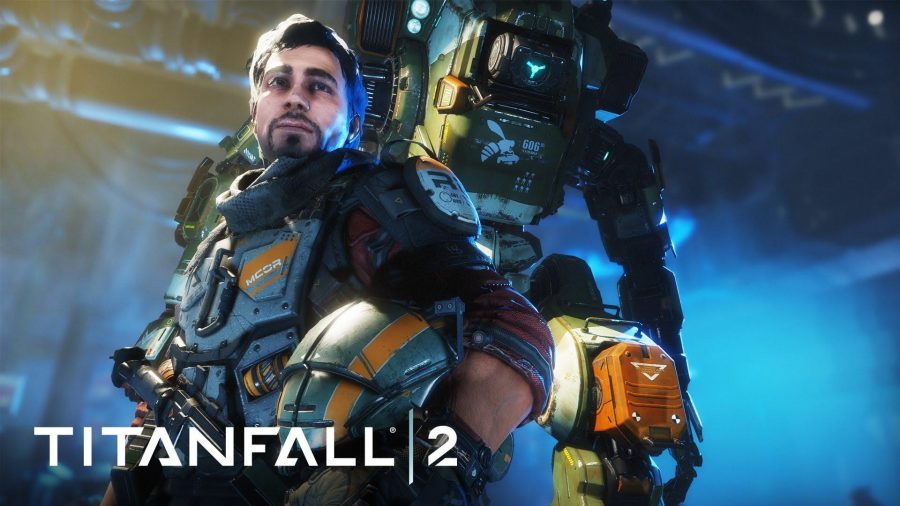 “Titanfall 2,” the sequel to the 2014 first-person shooter series elaborates on a campaign story that was absent in the first installment with more unlockable player enhancements in the multiplayer.

Despite high reviews for the second installment, the sales for the game have fallen short of that of its predecessor.

The original “Titanfall” game was renowned for its multiplayer gameplay when players from around the country would be pit together in a variety of different modes ranging from capture the flag to Bounty Hunt. Players sought out computer enemies for points as well as one another to sabotage the other team.

Unlike other first-person shooters that dominate the market like “Battlefield” and “Halo,” “Titanfall” was unique with the mobility that the player had with double jumping and wall-running as well as piloting giant machines called “Titans.”

For those new to the title or who do not know what “Titans” would be, “Titanfall” is a first-person shooter meets “Pacific Rim” game. Piloting a Titan added a new mechanic to the game that other shooter games lack along with strategy to survive and dominate the leader boards. During multiplayer, each player is ranked according to their performance with the number one position being the most competed for. The rankings are broken into two sections according to each respective team.

The multiplayer in “Titanfall 2” was a lot like the original with the combat and mobility but included a lot more unlockable player enhancements than the original. These enhancements would become unlocked as the player competed in multiplayer and level up with performance in each game.

The plethora of enhancements in “Titanfall 2” added hours of multiplayer gameplay that were absent in the original title and give that sense of pride that every player experiences when they unlock something that keeps them coming back for more.

The most noteworthy takeaway from “Titanfall 2” is the added feature for campaign or story mode that was strikingly absent from the “Titanfall 1.” The story mode would allow the player to play the game without the need to be connected to the internet for multiplayer.

Most shooter game campaigns are usually very short unlike other types of games that are much longer and built centrally around a story. When Respawn Entertainment, the developers of the game, announced that there would be a campaign mode I thought that it would just be an added feature and not be very long or in-depth.

As I played through the campaign mode from start to finish I was overwhelmed with the amount of consideration, story and detail the developers poured into it. Without giving away too many spoilers, the story to “Titanfall 2” referred to events that took place in the original title and dealt primarily with the war between the IMC, Interstellar Manufacturing Corporation, which is a military corporation, and the Militia.

The story behind the Titanfall series starts with the IMC invasion of human colonies in the outer reaches of space. Once they invaded, they exploited their land and resources for their own needs. The Militia fought back against the IMC for the people of the colonies thus starting the war that is on-going in the series. This story was mostly absent from the original title and was not highlighted on until “Titanfall 2” when the campaign modes highlight this and delve further into how the Militia plans to end the war.

The campaign starts with the player as a Militia rifleman who is deployed on a secret mission to stop the IMC from initiating an all-powerful weapon that would grant the IMC victory in the war. While the story is about the player putting an end to this weapon before it’s activated, the campaign focuses more on the bond between the Titan and the pilot. Before the previous pilot’s death, he grants the player the status of acting pilot.

While the story was short and could be finished in two to three sittings, the campaign was both action packed and involved strategy when fighting the boss battles, this perfect blend of action and strategy made Titanfall 2’s campaign by far the best shooter game campaign I have played since Halo 2.

While the campaign exceeded my expectations and the multiplayer offered a vast amount of enhancements to customize the player, the multiplayer also had critical flaws that did not exist in the original “Titanfall.” The most annoying features I found in the multiplayer was the existence of re-spawning when the character died. When a player would be re-spawned after death there was a strong potential of being killed immediately after re-spawning with this being called “spawn-killing” by gamers. This feature is wildly hated by the gaming community.

The other flaw in the multiplayer is matchmaking when the game would assign players to teams before the game would start. In the original “Titanfall,” the matchmaking process created a more balanced gameplay that allowed for a more competitive and balanced match. Titanfall 2’s matchmaking is pure frustration due to the variation in skill level. One team might be constructed of average players and the other team could be professional or competitive players. The average players may quit mid-game, bringing down the fun and excitement of playing the multiplayer because the player would not live long enough to compete in the game.

Should you play it? Maybe.

Overall, the story campaign exceeds expectations and while the multiplayer has a lot to offer, the two critical flaws it has really brings it down. Until the developers decide to fix it, the multiplayer will only be enjoyable to those who are competitive players.