Why Donald Trump should have lost 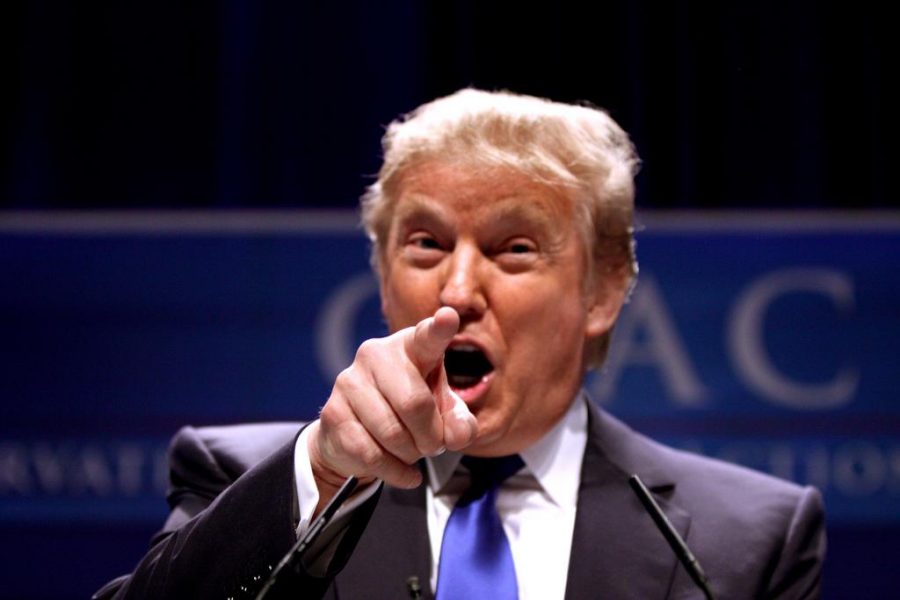 Beyonce did not vote for him. Beyonce, Jay-Z and Chance The Rapper came out with a Tidal video encouraging people to vote and showing clips of their endorsement for Hillary Clinton. We know at this point that we cannot trust Jay-Z, but the Queen Bee herself had spoken. With the help of Chance, the Queen used her all powerful Yonce holyness to bless Hillary via that video, ensuring her presidency. Trump’s fate was forever sealed after that day, the light of girl power burning his skin and making it a tad more orange than before.

He does not eat the crust of his pizza.First of all, why? And, second of all, how dare you. Trump scrapes the toppings off of pizzas and eats them with a knife and fork. This is so messed up that I can’t even take it. Forget foreign policy. Everyone knows one of the core values of America is the consumption of pizza. Why even eat the pizza if you’re no into the bread? That’s literally what a pizza is: bread and cheese. If you can’t accept pizza, America can’t accept you. He does not drink his own vodka. Trump launched his own brand of Vodka in 2007 that was not successful, and the production halted in 2011. This is perhaps because the businessman claims to have absolutely no history of drinking alcohol. While this may be true, how can I trust this alcohol sir. How do you know it won’t make my tongue hate me? Why would you put me at risk of this?

I could not find any website that would confirm that he has a dog. If he has a dog, why is it so hidden? Why hide the status of your dog-having? If he doesn’t have a dog, come on, dude. Ted Cruz, Hillary Clinton and Jeb Bush all have had dogs. Even Chris Christie has goldfish. He was on an episode of “Sabrina the Teenage Witch.”Donald Trump made a cameo on one of many millennial’s favorite childhood TV shows, though Sabrina, or Melissa Joan Hart, came out in support of third party Gary Johnson in September. If the witches aren’t on your side, there’s no chance.

I bet he can’t rap Nicki Minaj’s verse in ‘Monster.’This is important. Why? It just feels important.

He can’t pull off a pant suit like Hillary. Pant suits have become the epitome of power, thanks to Hillary doing the whip in them and keeping hot sauce in her bag (swag). Unfortunately, Trump never set foot outside in a pants suit during this emotional rollercoaster of election season, a decision that quite possibly cost him the race. Even if he had made this vital fashion decision, it is likely that he would not have werked it as well as Hillary due to his 6’3 stature that he keeps telling us about. It’s okay, Trump. I don’t look good in pant suits either.