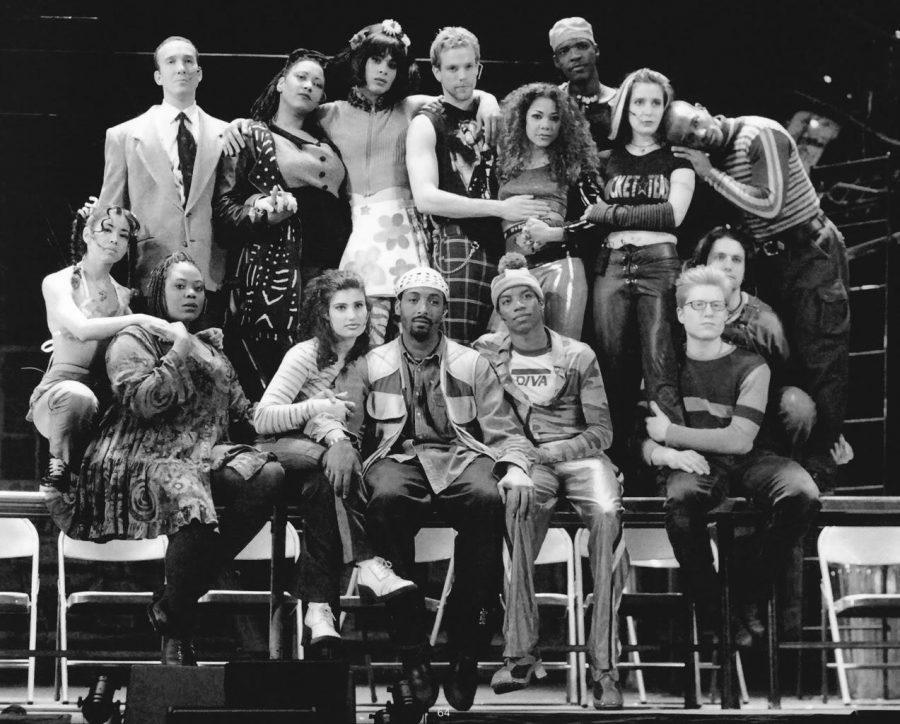 The original Broadway cast of "Rent." Photo courtesy of wikimedia.org

The 20th Anniversary Tour of Broadway’s legendary musical “Rent” will make a stop in Fort Collins this weekend at the Lincoln Center.

Rent follows the story of seven starving artists who are fighting to make their name in the world before they run out of time. It is loosely based on Puccini’s opera “La Boheme.” The artists whose struggles vary from character to character are what make the story so relatable and rememberable.

The musical takes place during the time where HIV/AIDS had taken over New York, and everyone struggled with extreme poverty. At its inception, “Rent” was the first Broadway musical to tackle the such socially controversial topics.

Rent first opened off-Broadway on Jan. 26,1996. It moved to Broadway on April 29, 1996, where it ran for 12 years. The musical was then turned into a film which was released in 2005. It is available to watch on Netflix. The last performance of the musical on Broadway was filmed and released to cinemas in 2008. The musical was written by Jonathan Larson, who passed away unexpectedly at the night before the show was set to open off-Broadway due to heart complications.

After the significant impacts that “Rent” made in society by bringing these controversial issues to the musical world, it became the biggest and most popular musical of its time. It was nominated for ten Tony Awards, and it won three of them, including “Best Musical” in 1996.

The Lincoln Center has historically proven to provide not only Fort Collins but all of Northern Colorado with high quality theatre. Tours of the largest Broadway shows such as “Pippin” and “Once” will be appearing at the theatre in 2017. Additionally, The Lincoln Center’s own theatre company puts on shows. The theatre also holds various other performances such as comedy shows and concerts of all music genres.

“Rent” includes topics such as sex, drugs, moderate nudity and adult language that are best suitable for mature audiences. While the musical has been criticized for this since its opening, many fans say that this is the reason why the show went so far. It was the first musical to push the boundaries of Broadway.