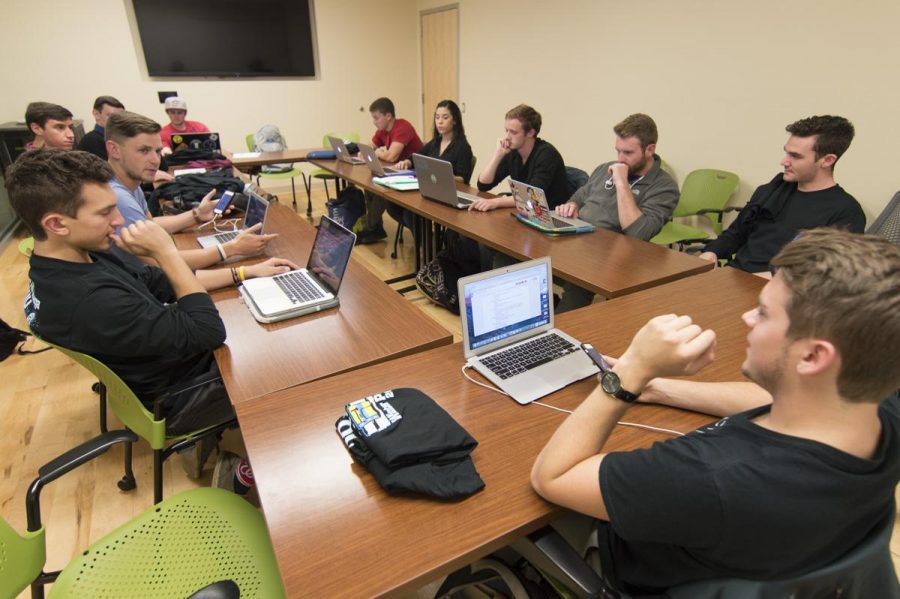 Members of the CSU Vegan Club discuss upcoming opportunities at a meeting in the LSC on Thursday night. (Michael Berg | Collegian)

In a world of vegan memes and making fun of the hippies, the Rams Organization for Animal Rights is here to show that being vegan is not just a fad. ROAR is for those who feel a strong passion for animals justice, and it functions as a place for involvement in the CSU and Fort Collins community.

Joseph said the club has been active for a long time, proving that it is not something of recent fascination.

“I believe the club was originally started in 2009, though it existed under different names until a few years ago when the name became ROAR,” Joseph said.

The members of the organization are also something to be proud of, according to Joseph. Their impact is large and varies from active members to ones that participate when they can.

“ROAR has about 15 currently active members, though we have up to 40 that we see a few times each semester at our popular vegan potlucks,” Joseph said.

Joseph said the club is very important to not only its members but to the greater good of society as a whole. In addition to activism, there is friendship as you would see in any CSU organization.

“Our club provides a community for animal lovers and vegans, which is something a lot of our members really love. It’s wonderful to have friends with the same passions as you,” Joseph said.

But, the overbearing theme for this group is to make change they can see both on the local scale of CSU’s campus and on a larger, state-wide scale.

“This club also aims to create social change, and that’s the primary purpose of this club,” Joseph said. “We work with other groups all over Colorado in hopes that we can someday create a world where animals of all species are respected and protected by humans.”

ROAR has a very strong on-campus presence for anyone interested to get involved in. Each semester, they put on weekly meetings, provide guest speakers, movie screenings, leafleting outreach, tabling outreach and potlucks.

Along with getting to know one another and sharing common interests, this club facilitates as a way to build professional relationships and network.

“Through our guest speakers and community contacts, we also try to connect members with internship or job opportunities in the animal rights field,” Joseph said.

Joseph said campus activities are not the only the club does. They helped build a farm animal sanctuary in Boulder, protested at a slaughterhouse in Greeley and cooked a vegan community meal with the homeless community in Fort Collins.

“We volunteer with farm animal sanctuaries, where we get to play with rescued farm animals, and other animal-friendly community organizations,” Joseph said.

Joseph said the club provides a good outlet for those who would like to get involved in social justice but are not entirely sure how to.

“We offer members an introduction to activism by coordinating protests and collaborating with groups that specialize in non-violent direct action,” Joseph said.

Anyone can join ROAR by emailing roaratcsu@gmail.com.

“We meet on a weekly basis, and meeting dates and times will be posted on Ramlink and communicated through email,” Joseph said.