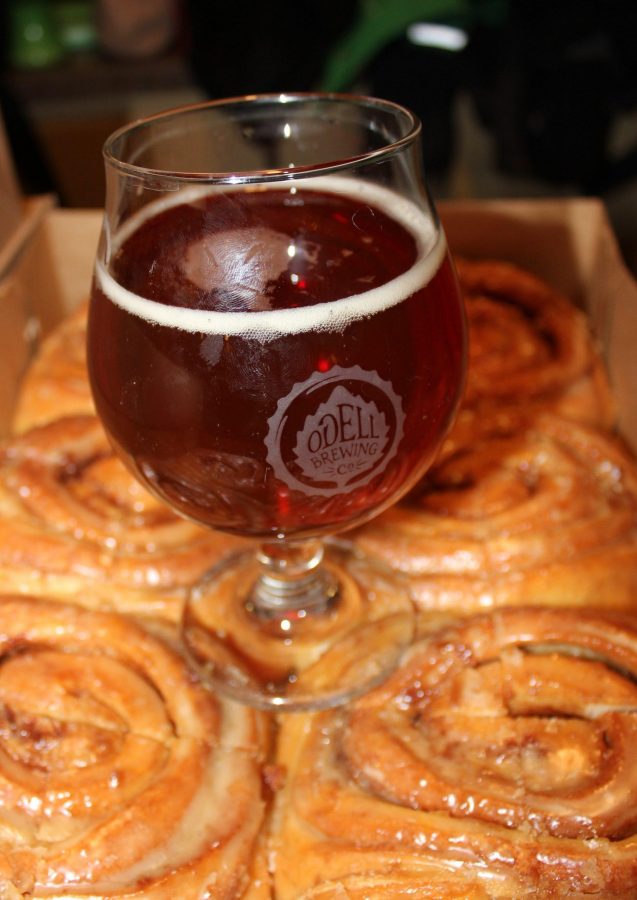 Now in its fourth year, Fort Collins’ own Silver Grill has once again teamed up with Odell Brewing company to create the popular “CinnsationAle,” a delightful and sweetly spiced autumn ale that infuses hundreds of bits of Silver Grill’s famous cinnamon rolls.

The event has been dubbed “Breakfast in Your Beer” and is scheduled to take place Thursday, Nov. 10, at Odell Brewing Company’s Tap Room from 4 p.m. to 6 p.m. Odell Brewing Company is located at 800 E. Lincoln St. There is no cover charge, but you must be 21 years or older to attend the event. Silver Grill will also be offering their savory cinnamon rolls to attendees, but arrive early as they only have a select few, and they go fast.

The CinnsationAle itself is also limited and tends to be consumed rather quickly, so be sure to attend this event early and enjoy the rather sensational flavored autumn ale. The annual release comes as a celebration for the iconic local breakfast and lunch hot spot of northern Colorado, Silver Grill, who recently just celebrated their 83rd anniversary. The Fort Collins community is no stranger to Silver Grill or Odell Brewing Company, and the combination of both creates an ale that may be one step above a masterpiece due to its unique and utterly satisfying flavor.

Heather Beckman, Silver Grill’s Café managing partner and head chef, is the mastermind behind this creation. Four years ago, Beckman came up with the idea to combine Silver Grill’s famous cinnamon rolls, and four years later, her genius is still on display.

You can learn more about the event at Information on the event can be found at odellbrewing.com and silvergrill.com.