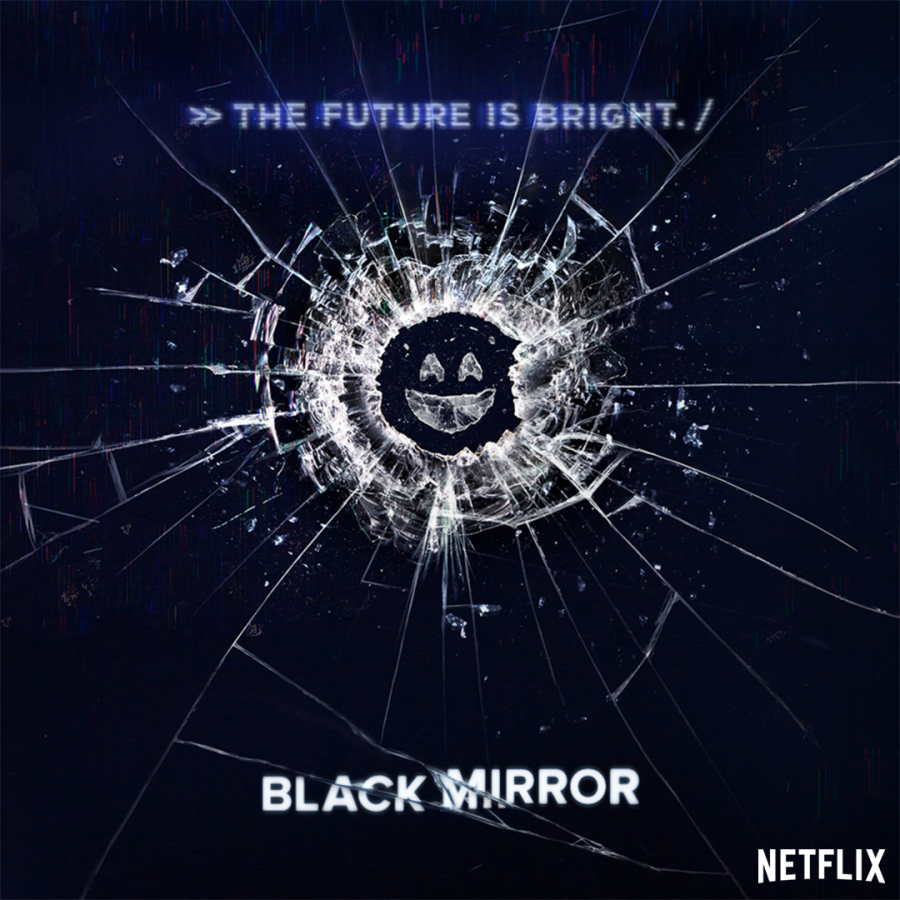 Netflix’s original series have ridden the viral wave with breakout hits like “Orange is the New Black” and “Stranger Things,” and now a creepy anthology may be the nation’s newest binge-watching obsession.

The third season of Netflix’s “Black Mirror” contains six different installments of sci-fi and suspense-filled stories, each running at the hour marker with some episodes being even longer to get in more juicy details. This season brings forth a golden treasure box of actors, writers, directors and composers. Each special grouping brings a unique scope to new narratives, providing Netflix’s loyal audiences with mind-numbing twists in high definition.

Back in 2015, “Black Mirror” creator Charile Brooker signed a deal with Netflix. Netflix ordered a 12-episode season from Brooker, the highest to ever be purchased. The series has been confirmed to split the episodes into two different seasons, which means season four is in the works right now. All three seasons are available on Netflix.

The third season focuses on the dark side of technology. The series weaves sinister megabits onto the viewer’s dashboard, playing with their digital minds from the very start. Though the miniseries has a star-studded cast and crew, they never outshine the main villain.

The first episode of “Black Mirror,” “Nosedive” follows a desperate office worker, Lacie, who operates in a society where a single social media platform influences status, wealth and more by a peer rating system out of five stars. Lacie’s insecure need for approval and a score of 4.5 stars leads her to ruin her pastel-colored life. The episode starts off slow, adding in needed exposition but, the conflict and action speeds up the drama. This episode is one of the highlight episodes of the series because of the strong character development and small sections of comedy sprinkled in.

The second installment “Playtest” traces the reckless actions of American thrill seeker Cooper after he is left stranded in a foreign country with not a cent left to his name. Cooper’s circumstances force his hands into what seems like an idealistic situation, testing video games for cash. In an illusion to the Oculus Rift paired with futuristic neural technology, Cooper’s demonstration turns into a fight for his sanity and a call for reality. Cooper’s personality makes this episode kick off with flare, a good helping of comedy in an otherwise bleak setting. But, his attitude also makes the ending harder to swallow after we allow ourselves to get close to the realistic character.

“Shut Up and Dance,” one of the more grim episodes, keeps up with introverted teenager Kenny who finds himself under the control of an anonymous party after they catch him in a sensitive position. Driven by the threat of exposure, Kenny runs high and low, following instructions via blocked text. These demands are dangerous and costly, involving others who are under the same thumb of the sick group. The group loves to see people suffering, and by the end of the hour, they give a whole new meaning to the word “trolling.” This is the most difficult episode to watch. The ending is a straight up gut-punch, cringe worthy tragedy. It was great.

“San Junipero” offers viewers a softer touch of technology. This episodes brings up emotional topics of love and pining with characters Kelly and Yorkie. Kelly and Yorkie find themselves at a crossroads in San Junipero, a viral reality simulator that allows people near death to relive memories of decades past to help their choice of whether to upload their consciousness to the system to “pass over” or face an unknown afterlife. The episode flows back and forth over time, giving glimpses of old and young Kelly and Yorkie and their bittersweet relationship. Why would “Black Mirror” put a somewhat feel good episode right in the middle of the installment? To punish everyone. This episode takes a look at the psyche of female relationships, and it deals with real situations of emotional distress. The directing of this episode is top notch with bright colors and soft angles complimenting the ocean side backdrop.

“Men Against Fire” brings up shocking real life comparisons of military soldiers and moral codes. Strike and Hunter are part of a squad facing off with “roaches,” which are humans that have been mutated into rapid creatures from a biological weapon attack. Each member is implanted with a device that seemingly helps with strategic and operative moves against the roaches. Soon, Strike’s implant is impaired with glitches, which shows him nothing is quite what it seems. “Men Against Fire” plays on the paranoia that citizens face with the government controlling with our minds and actions. The directing of this episode goes back and forth between third person and the point of Strike. The style of this allows the viewer to experience and place themselves in the action of the combat.

The last episode, “Hated in the Nation,” calls for a future not far from our own and shows the damage that technology can do when it is used out of fury. Mysterious deaths connected to a Twitter hashtag throws London officers Karin Parke and Blue for a loop. Digging deeper into the negative code of social media, the detectives are offered links to an ecosystem tech company and the gruesome murders. This episode plays on the present day anger that many people display for a person or company and how those actions may not affect the hated but come back tenfold to the haters. The acting in this episode is one the most authentic in the series. Both actress, Kelly MacDonald and Faye Marsay, portray strong, female protagonists that celebrate intelligent and self-confidence.

Overall, “Black Mirror” has rounded characters, high quality directing and creative plots. That being said, the series has a specific demographic. Cruel language, violent images and sensitive topics may not appeal to a larger audience, especially when the scope of “Black Mirror” is through a serious and dark lens. Technology provides an intense backdrop that calls in audiences from all sides of the spectrum. In the 21st century, the digital age is wired into every newborn, adult and senior citizen. Pixels have attached themselves to society’s very fingertips.

Should you watch it?: Yes!

Though “Black Mirror” has a dark theme, it offers something different for every viewer. It breaks up a regular Thursday night session of feel good “Friends” with a good helping of suspense.

From television to marketing, companies play on the world’s new found passion for all things tech. “Black Mirror” toys with the idea of how far society will allow technology to go. Is it beyond morals, sympathy and humility? No one quite knows, but in the world that Brooker creates, it is simply terrifying.