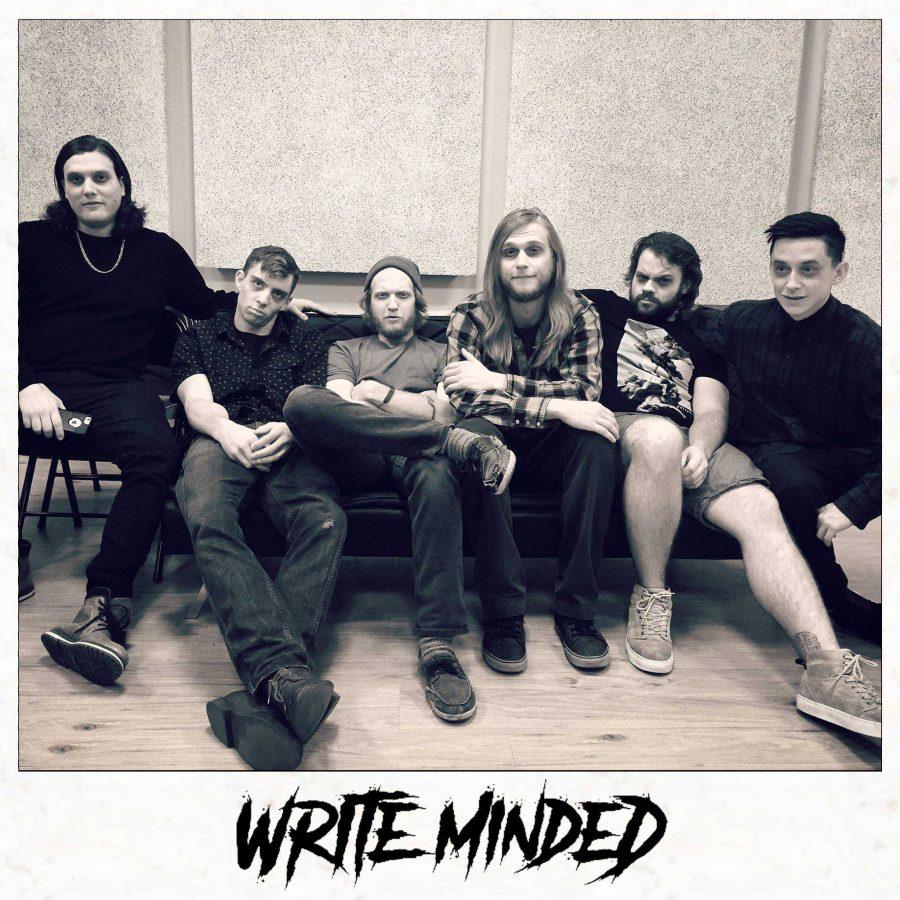 Local band Write Minded has been creating a new genre of music for over a year now, and people seem to be responding to it. The band uses many different styles of music to create their own unique sound. They like to call their genre “psychedelic hip-hop.”

“It’s hard to put your finger on it, but (we incorporate) funk, jazz, live hip-hop (and) classic rock,” said band member Jessie Jacob.

Each member grew up in Fort Collins, besides Turtle Bear, who moved here from Texas. However, his southern roots do not add any country vibes to their sound, which is one of the only genres not featured in the band’s eclectic taste.

“It was a clash of music that came together and harmonized well,” Turtle Bear said.

The band formed a little over a year ago. In the beginning, Mouton and Jacob were spitting rhymes together during high school. After graduating, they continued their love of hip-hop by forming a new group.

“Then Jonah came in and we were an acoustic three piece… that was the beginning of Write Minded,” Mouton said.

They wanted a fuller sound, so they asked Tamkun, who Jacob and Mouton knew from high school, to join. Tamkun brought Turtle Bear along, and later, Slaughter brought keyboard and synths to the band.

“The first four songs were written… the first day we got together,” Turtle Bear said.

The band created an extended play and an album called “Eye Above,” which has sold 300 copies and has about 4,000 streams on Spotify. The title of the album comes from Turtle Bear and Tamkun’s former psychedelic funk-rock band called Eye Above.

“We wanted to throw that onto the album to keep it alive,” Turtle Bear said.

The album consists of 13 original songs that feature hits like “Perfect Day” and “Crash.” It was released on July 30, 2016, only a year after the band’s formation.

They recently released a music video for their new single, “Of the Night.” The video was produced by Jet Black Film Company and Hudson Bloom, a well-known producer of music videos in Northern Colorado.

They had worked with them previously for their “Perfect Day” music video, which has over 10,000 views. The band believes this new video is a step up from the last.

“It has a story,” Turtle Bear said.

The video has a dark and eerie mood to it to match the sound and lyrics of the song. It follows four young adults who come across an empty barn with old televisions that only display static.

The narrative takes viewers back in time 24 hours, and they learn from a broadcast news soundbite that the televisions have been stolen from people’s homes. The news caster also tells us that many of the victims have reported seeing a “dark, shadowy figure.”

The song begins, and after following the notorious television thief, the band is finally shown looking grim, tired and pale. As the story continues, viewers are eventually brought back to the original four people who stumbled upon the stolen televisions. The television thief slowly walks through the barn doors. After locking eyes with the poor soul, they are sucked into the televisions and become “creatures of the night.”

Overall, the video is hypnotizing and engaging. It lures the viewer into the story and projects the tired, eerie mood onto the viewer.

“The visuals we filmed for it are just something cool and fun to look at and sort of have a story of their own, while still having a slight connection with the meaning of the song,” Mouton said.

The song is meant to reach out to insomniacs and night owls. It was written about staying up late from partying or “anything that keeps you up.” It shows how lack of sleep can change the way people act and feel, which is something many college students will be able to relate to.

“The later it gets, the less human you become, turning into a sort of ‘creature of the night’,” Mouton said.

Write Minded will be performing on Saturday Nov. 19. They will be headlining Hodi’s Half Note with Colorado band Locomotive Supernova.