Local Oktoberfest-style beers and where to get them 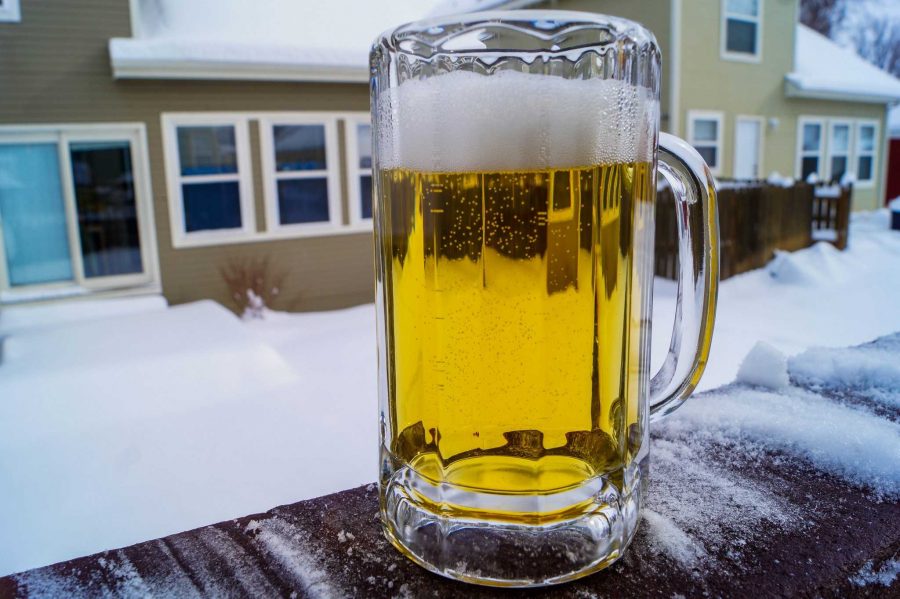 A freshly poured beer in a snowy day in Fort Collins.

With nights getting colder and the colors outside changing, it’s time to say goodbye to Summer and hello to Fall in Fort Collins.

For beer lovers, that means Oktoberfest.

The Front Range of Colorado has been referred to as the “Napa Valley of beer,” with most breweries in the area primarily producing American style ales, yet variety still abounds.

Every Fall, many of our local breweries adhere to a very old German tradition by brewing a Märzen, or Oktoberfest style lager.

The typical Oktoberfest contains roughly 5.0-6.0% alcohol by volume, is dark/copper in color, has a mild hop profile.

The Oktoberfest festivals and the Märzen style not only serve to celebrate the Fall season, but also allow breweries around the world to showcase their take on the centuries old style.

Its Bavarian origins can be traced back to before the 16th century.

With so many breweries in the area making their own unique versions, it can be difficult to choose the right beer to celebrate the Fall season.

That said, here are a few of our top picks for local Oktoberfest style beers:

This beer was the 2015 recipient of a gold medal at the Great American Beer Festival. It has a clear copper body, with flavors of toffee, caramel and sourdough, with a sweet and bready aroma. It has an ABV of 6.0%, and is available from August until the end of October. The brewery’s website says that it pairs well with a grilled bratwurst, as all Oktoberfest beers would.

Longmont’s Left Hand Brewing offers an Oktoberfest with toasty malt flavors up front, with a spicy, yet clean finish. It has a glowing orange-amber color with and aromas of toasted bread and a hint of sweetness and light hop herbalness. At an ABV of 6.6%, it has a creamy mouth feel and a characteristic Oktoberfest biscuity all around flavor.

Odell Brewing Company’s Oktoberfest pours a clear, bright-reddish bronze color. It has a malty aroma, but more of a hop kick than the traditional Oktoberfest. The beer has a traditionally malty up front flavor, with an untraditionally hoppy bitter finish. Like the others, it has a strong bready flavor that is characteristic of an Oktoberfest. This beer sits at an ABV of 6.1%.

All of these beers may be found in most Fort Collins liquor stores.

The Oktoberfest style has its roots in a festive celebration that was established in October of 1810 by Prince Ludwig of Bavaria.

In an unprecedented act for nobility of the time, Ludwig invited the general public to join in celebration of his marriage. Some 40,000 Bavarians attended.

Since then, the annual tradition has evolved into a celebration of the Fall season and the traditional Oktoberfest style beer.

The annual celebration of Oktoberfest takes place on the first week of October in Munich, Germany, but smaller celebrations are also held around the world, including last month’s Fortoberfest here in Fort Collins.