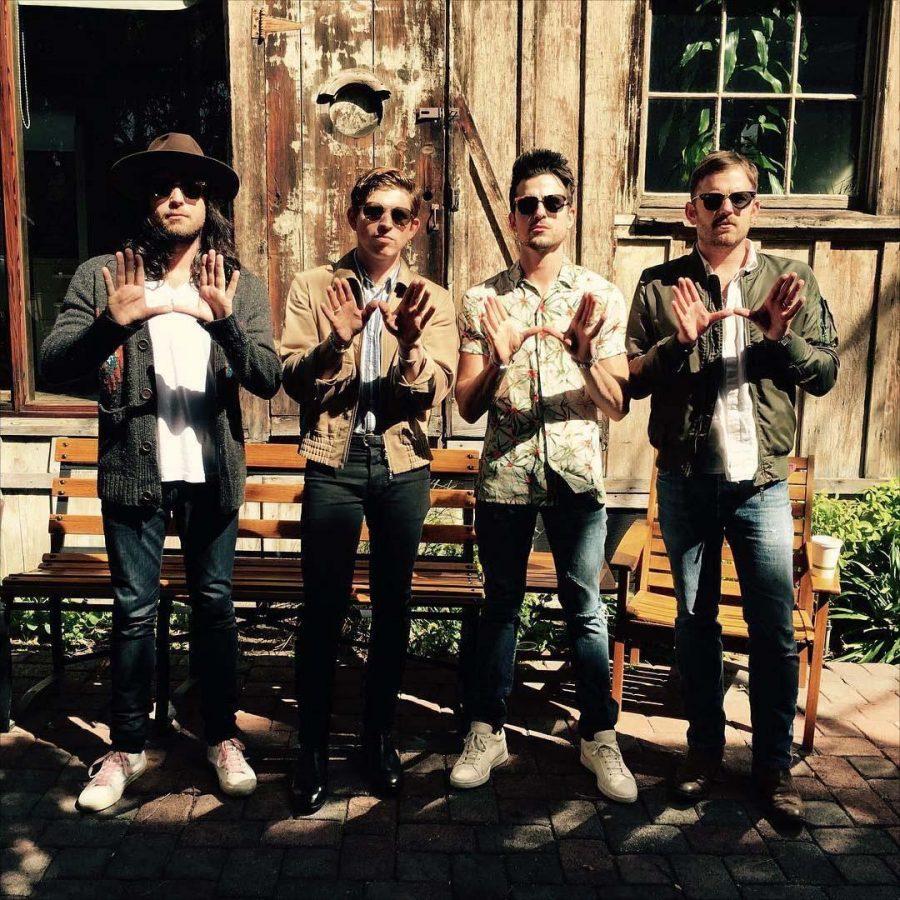 Typically known for their southern rock sound, alternative rock band Kings of Leon released their seventh album “WALLS” on Oct. 14 following their 2013 album “Mechanical Bull.” Kings of Leon showcase a pop and radio-friendly side of their style in the ten-track album.

“The Walls Come Down” was the main theme Kings of Leon used to tease the album. A lot can be said about the album just in the title. “WALLS” is an acronym that stands for “We Are Like Love Songs.” In an album that is full of energetic ballads, this is an appropriate title to set up the energy the album seeks to bring to the listener.

“WALLS” includes many songs that very pleasing for listeners. “Waste a Moment” does a wonderful job of introducing the album with upbeat guitar and a fast bass riff that sounds very much like Kings of Leon songs from the past. Inspirational lyrics advise the listener to “take the time to waste a moment.”

Although “Waste a Moment” is upbeat, it does not quite have the indie-pop feel like “Reverend,” “Around the World” and “Find Me.” These tracks stand out for their catchy and energetic sound, and are the best examples of the sound Kings of Leon are heading towards. These songs are nothing like the rock sound of their past singles, yet they bring a refreshing energy to an otherwise bland album. The first four tracks are simply great.

“Eyes on You,” the eighth track, may be the best song on “WALLS.” Not only is the song among one of the more upbeat tracks, the instrumentals are fantastic. One particular part of the song has the best guitar riff not like any other song on “WALLS.”

Although the album includes some great songs, other tracks on “WALLS” are unremarkable and forgettable. “Over,” the fifth song on the album, is a prime example. The song drags on for six minutes with lamenting and repetitive lyrics begging a significant other with lines like “don’t say it’s over, anymore.” Six minutes is simply too long for this particular tune.

“Muchacho” is the sixth song on “Walls,” and is probably the worst song on the album. With a Latin vibe that is just plain boring, this song also seems to drag on and on making it similar to “Over.” “Muchacho” simply falls away compared to the rest of the album. “Conversation Piece,” the seventh track, is another song that is easy to forget.

Other songs on the album fall between alright and forgettable. “Wild,” the ninth track, presents the listener with an overall happy vibe with instrumentals that reflect it; but at the same time is a track that seems skippable.

The title track “WALLS” ends the album with a quite beautiful union of acoustic guitar and piano that leaves the listener with a melancholy feeling, but is a really nice breakup song overall.

Should you listen to it?: Maybe

Kings of Leon released their first album “Youth & Young Manhood” in 2003. Thirteen years is a long time to be in the spotlight. Bands go through changes; this isn’t a new trend. However, Kings of Leon have proven themselves in the past to be different from the mainstream and have displayed their unique sound many times over.

In the end, music is about preference. Some Kings of Leon fans will dig this new album, others may not and some may be in between. “WALLS” shows that Kings of Leon are indeed a band capable of change. Whether or not it is a good change is up for debate.

According to the band’s website, Kings of Leon will be playing at the 1stBank Center Jan. 25 in Broomfield. This concert will be one of many stops during the new “WALLS” tour.