Inside look: CSU’s a cappella culture 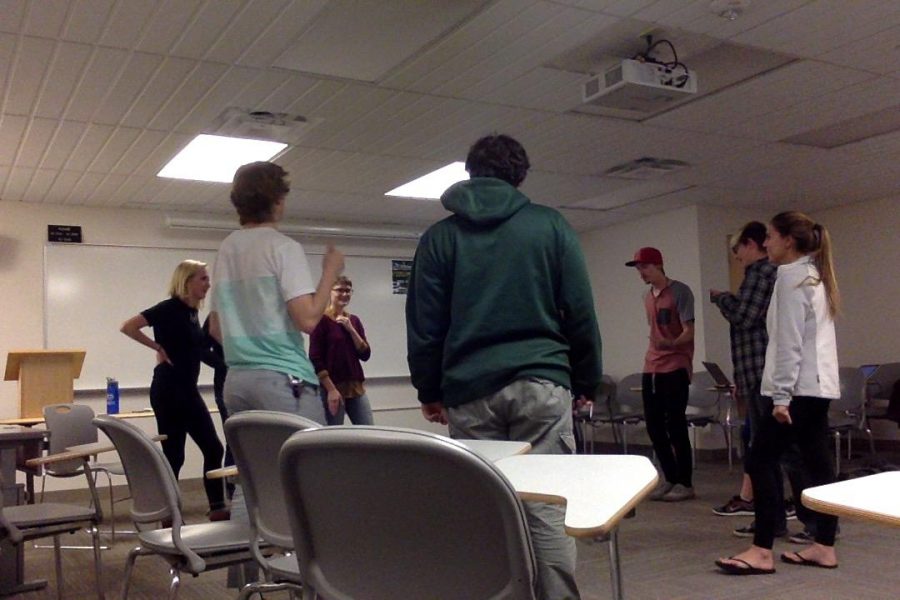 Most recently made popular by the movie “Pitch Perfect,” a cappella groups are a growing trend at universities.There are three main coed a cappella groups at CSU: Mainstreet, Bassic and Resonant RAMblings. These groups provide an outlet to come together as a group and create a bond, and they provide a great opportunity to experience music outside of a non-music major.

“Joining (an a cappella groups) is a good way to get involved with music, especially if you’re not a music major or a performance major,” said Resonant RAMblings Financial Advisor and Co-Music Director Hayley Lewis.

A lot of the group members are not studying music at CSU, but they still have a love and passion for music, and participating in a capella lets them express this.

Mainstreet is a very new group to CSU. It started in 2014. They are composed of 17 members, four of each vocal part plus one beat boxer. They perform mostly modern and contemporary songs everywhere from Old Town in Fort Collins to an a cappella festival in Denver.

Mainstreet prides themselves in trying to perform and get involved in the community as much as possible. They do this in performing anywhere and everywhere, including benefit galas and retirement homes.

All of the group members are good friends. The majority of the music they perform are covers, but they are working on creating their own arrangements like a recent Adele medley that one of their members arranged.

They also get paid for some of their performances, and all of this money goes right to the group to fund more performing equipment. Right now they are trying to get new microphones.

Once members audition and get into Mainstreet they earn their spot for as long as they are at CSU, which can make auditions a bit far and few inbetween. But, when there is a spot available, it will be posted on their website, Facebook page and at the campus involvement fair. And, anyone can audition regardless of major or musical background.

Bassic is another fairly young group only have been here for five years. They are composed of 15 members that perform mostly modern pop music and a few songs from older days as well. They perform everywhere around campus like the UCA, the plaza, the LSC Theater and even Music Appreciation classes.

They are a young group, but they are growing. They are a group that is here to have fun and create music goals so that they can also grow as a group.

“We are unique in that we do a great job of having tons of fun, however, our goals are growing, and we’ve become actually very good over my time in the group,” said Bassic President Nick Witek.

Witek goes on to say that singing with a group is a good way to grow closer to those you are singing with. Their auditions are held every fall, and you can sign up for these on ramlink.

To contrast the other two groups, the Resonant RAMblings are not only a few years old, they have been making music since the 1990s, easily making them the oldest a capella group on campus. They are currently a group of 11, but they are still looking to make that 13. They perform a lot of popular music mostly dating back to the 90s and 2000s.

“We try to do things that everyone can know,” member Noah Davidson said.

They too perform at a wide range of venues including Morgan Library and even marriage proposals. Like Mainstreet, Resonant RAMblings will also occasionally get paid for their performances, and all of that money stays within the group to fund performing equipment and expenses.

The best way to get involved is to like their Facebook page. They are also currently looking to fill a bass and baritone position.

These a cappella groups are unique and important to the culture at CSU. They provide a great opportunity to make music and create friendships. The group members encourage anyone interested in singing to audition.

“Don’t give up if you don’t make it the first time because we’re probably looking for a specific part,” Lewis said.

“Take feedback objectively, and act on it positively,” adds Witek.