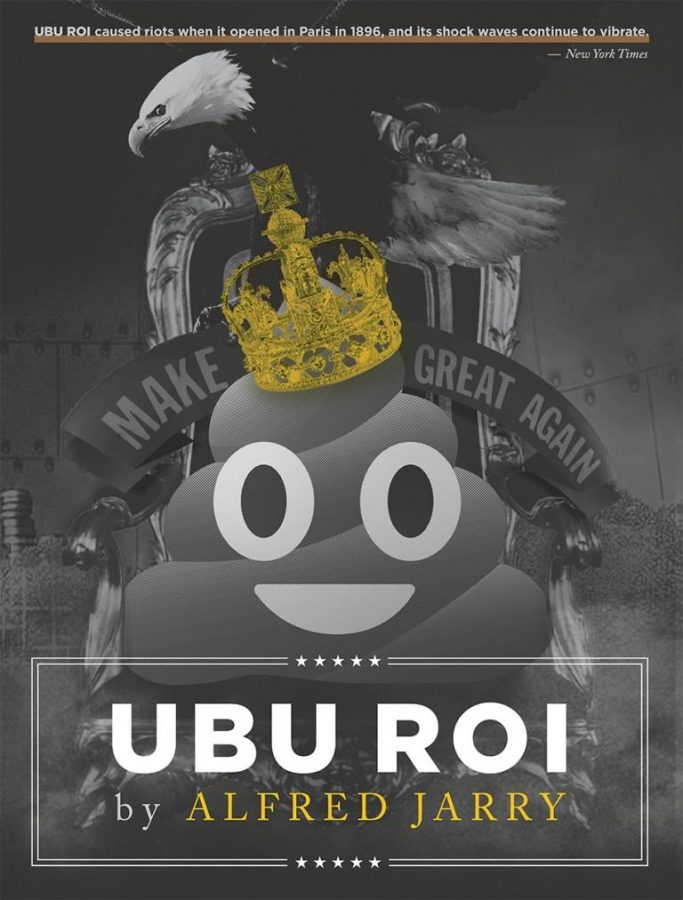 Preparation for this show has been in motion since February, but rehearsals have only been happening since late August.

The play itself was written by a 15-year-old boy in 1896 and was seen as so over the top that it was forced to close the same day it opened. Taylor describes it as a “problem play,” which is only the tip of the iceberg.

The play was an important part in the beginning of the avant-garde art movement. Because of its author, it definitely has teenage boy humor. Taylor described it as “organized chaos” with “a mishmash of images and situations designed to provoke an audience.”

The play is rarely even produced because of its nature. It strays from tradition and what is expected of theater, and because of this, it is iconic. It is messy, it is imperfect and it breaks the norm. There are even elements of art installation mixed into it.

It is a show about how power corrupts, which is something you may not expect from a show with a poop emoji on its show poster. Taylor even references the current 2016 presidential election as evidence on how this play is still relevant.

It is Taylor’s first show at CSU as a guest director. He raves about how great the faculty and students are. In seeing CSU’s past work, Taylor was ready to work with the talent here and create something truly unique.

“This particular piece is right up my alley in terms of aesthetic and the type of theatre I like,” Taylor said.

According to Taylor, the faculty here is not only composed of brilliant artists and designers but also important teachers. After all, this show is a learning process for the students involved, and having devoted teachers to educate and inspire is essential.

Taylor has also made an effort to allow student input to propel the show. The students have taken their jobs super seriously and have set strong goals for themselves, which in turn leads to strong, collaborative results. Taylor said everyone has been undoubtedly committed.

This show is not an easy one to produce; it is translated from French, it is vulgar and the setting is highly unusual. The designers have to work well, and aesthetics have to match up in order to produce such an odd show.

In this show, there is so much going on constantly that there is no way to be able to see everything happening at once, making it worthwhile to see multiple times. The play is not a serious one. The messages of corruption are serious and still relevant today, but the way it is performed is meant to be silly. The set consists of trampolines, a ball pit and a giant toilet.

“I’m excited for everyone to see the nonsense of this play,” said fourth-year student and actor Koby Adams.

The design is purposefully evocative. There’s a lot of bathroom humor, including penis swords and period stained underwear. Prepare to feel disrupted, at times uncomfortable, but overall surprised with what theatre is able of producing.