CSU students respond: Why are we afraid of clowns? 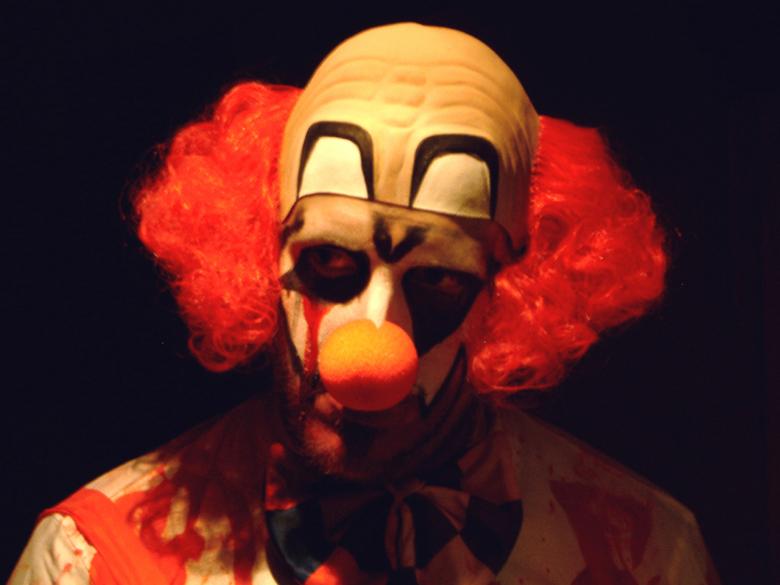 Everyone recognizes the image of the scary clown. We see them in horror movies, at our front doors on Halloween, on the news and it is even rumored that you can see them in the bushes outside the Durrell Center.

Scary clowns have been popping up and alarming police departments all across the country. Just last week, a local high school received a scary clown related threat, and it was not the only school that has had to take extra safety measures in recent weeks.

It is safe to say the nation is gripped with clown mania, but why is the image of a children’s entertainer now associated with murderous psychopaths? In light of the upcoming “It” remake and recent headlines, here’s what CSU students had to say on the matter:

The way a clown acts was repeatedly mentioned as a contributing factor to a clown’s creepiness.

“It’s creepy how they act, how they portray themselves,” Julie Boyd said.

For some, there remains a definite distinction between the innocent performer and the horror mainstay.

“They can be spun off as creepy,” Eric Smith said. “A standard clown, no. But, the people who intend to be creepy with clowns, yes.”

Many students said the fear of clowns developed at a young age.

“(I) went to the circus for the first time and got picked out in the crowd,” Ashton Burne said.”A clown came up to me and freaked me out. It’s weird when you’re a kid seeing someone with all that makeup.”

Kimberly Cook said she is terrified of a clown jumping out at her as she walks home at night.

“I walk back from my sorority house every night, and I shouldn’t be scared to get back to my dorm,” Cook said. “I know there’s been one here, and I know someone got followed into Corbett last night.”

Duran said she is especially afraid of Pennywise the dancing clown.

“He’s a kid killer from the movie It,” Gabriela Duran said.

Yes, “It.” The horror classic blamed as the source of many student’s clown phobias. The movie piggybacked off the successes of other classic masked villains, such as Jason Vorhees from “Friday the 13th” and Michael Meyers from “Halloween.”

After “It” was released, clown masks became a hot ticket item in costume shops, sold alongside zombie and werewolf faces.

With the “It” remake scheduled for release next September, one can’t help but wonder if all this clown hysteria in the news is actually an elaborate hoax, a guerrilla marketing ploy to drum up hype.

The production company behind the movie, New Line, has repeatedly denied any involvement. But, what can’t be denied is that Coulrophobia, the fear of clowns, is entrenched in American culture. News and entertainment media have taught us to be afraid of overly friendly strangers in masks, probably for the better.

Insane clowns in the news is not a recent occurrence. Palen Stream referenced John Wayne Gacy when describing the fear of clowns.

Gacy masqueraded as Pogo The Clown, a staple of public events and birthday parties in his hometown of Norwood Park. No one even knew he was a serial killer with over 30 victims for until he was caught.

And, herein lies a clown’s most prominent creep-factor as described by most students: anonymity. Anyone can put on a mask and some makeup and attract a crowd of kids at the playground. To some, the costume is just an attempt at hiding the monster underneath.

“I just don’t like how you can’t see a person’s entire face,” Emma Ingram said. “That freaks me out.”

“I just don’t like people in costumes,” Duran said. “I’m scared of people in mascot costumes too.”

The rogue creeps we see on Twitter today are part of a wider phenomenon called phantom clowns, which sometimes pops up during the Halloween season. By the beginning of November, CSU students can likely be assured that they won’t be threatened by clowns for at least another year. Until then, try to keep your distance from any odd Bozos or Pennywises.