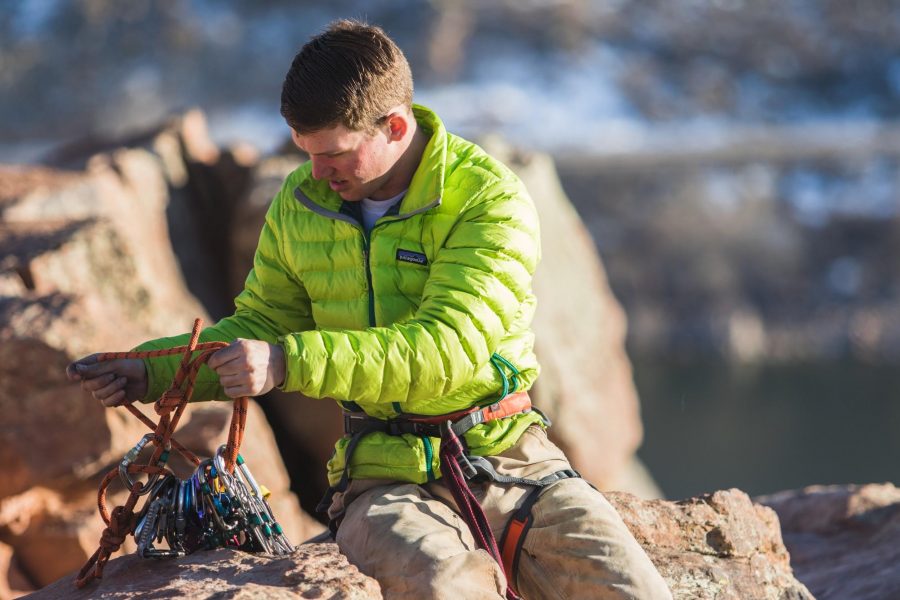 The Colorado State Climbing Team swept the scoreboard at the Rock’n & Jam’n collegiate competition Oct. 15, placing first in the women’s division and claiming the fourth through seventh positions in the men’s division. Already with three National Championship wins, it is again looking like the team will have another successful year. Club popularity is booming with over 70 members, dozens of whom are freshman. Even people who haven’t climbed a day in their lives are joining, finding the group’s atmosphere to be kind and welcoming.

“The best part is gaining friends,” said Loren Lamb, president of the club. “Its a really big community, and everyone is super welcoming.”

Lamb started climbing his freshman year after hearing about the team from his hallmates.

Right away, Lamb said he noticed how different climbing is from other sports.

“It’s the type of sport where people cheer each other on no matter their team,” Lamb said.

Lamb said his team is not just for the pros; it’s for everyone.

“Even if you have never climbed before, we tell you to try it out see how you like it,” Lamb said.

While Lamb was not able to compete at Rock’n & Jam’n himself due to an injured leg, freshman Anna Kelly competed for the first time in her college career. She placed first in the women’s division, an achievement she is still reeling from.

“It is a puzzle for your body,” Kelly said. “Very meditative. Very fun.”

Her team members also make the experience worthwhile. They are a source of “a lot of good vibes,” according to Kelly.

Kelly started climbing in the third grade and went to her first competition five years later. Kelly said she turned to climbing because she was kicked out of gymnastics for allegedly being “too accident prone.” Because of how new she is to the collegiate circuit, Kelly is still learning the figurative and literal ropes. But, with her current track record as proof, Kelly will surely be a force to be reckoned with in the future.

Between the people testing out the climbing walls at the Recreation Center and the climbing team’s new additions, more freshman are taking up rock climbing than ever before. Responsible for turning these new fish into national competitors is team coach Andrew Loe.

Describing himself as a “summit professional rock climber,” Loe has 16 years of climbing experience on his resume. His first experiences with sports as a kid were all misfires until his parents forced him to take up climbing. Despite his initial fear of heights, Loe grew to love the sport. Today, Loe said, “Its my life. Its what I do for a living.”

With regards to freshman looking for an activity to take up, Loe recommends going to the Recreation Center’s climbing wall.

He also urged new climbers to ask questions. In the climbing community, “people are always there to help,” according to Loe.

Olivia Todd, a four year veteran on the team, had nothing but good things to say about her experiences.

“When you find out how awesome the community is, it makes you want to stay,” Todd said.

A common thread along which all club members talked about was the social aspect to climbing.

After hearing about the team on Facebook and attending a few meetings, he began to love the club.

Freshman Charlie Sprinkman said he enjoys the friendly atmosphere of the club.

“(They are) some of the nicest people I’ve ever met,” Sprinkman said.

The team’s twice weekly practices cover a whole range of individual and coached exercises. The day begins with an hour of bouldering, which involves stronger moves over a smaller route, or sport climbing, requiring high endurance over a much longer route. Then, the team undergoes exercises related to specific climbing techniques before heading off to the gym’s machines and weights for some strength conditioning.

Member Dan McClure looks forward to the opening of Fort Collins newest climbing gym Ascent Studio coming this November. Upon it’s arrival, the team will transfer over from their current home at Miramont North. Lamb anticipates the new gym’s massive climbing wall. It is projected to be nearly twice as tall as Miramont’s, which already towers at around 40 feet.

The club is always accepting new members. An entry fee of 80 dollars gives you three days a week of professional climbing experience with one of the top collegiate teams in the nation.

In the words of Loe, the most important thing to ask yourself is: “If you’re not having fun, why are you there?”