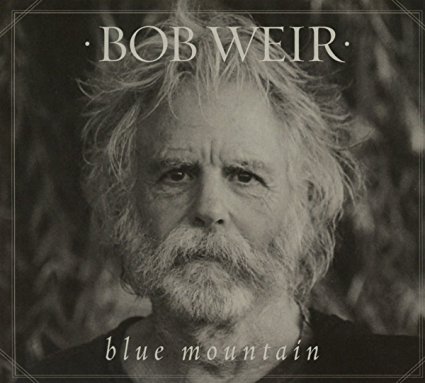 To have a career that spans more than five decades, several genres and multiple projects is no easy feat for anyone. Bob Weir is one of the few musicians who has done just that. You most likely recognize him as one of the rhythm guitarists and vocalists for the iconic band Grateful Dead or from some of his other side projects with Ratdog, Furthur and Dead & Company. With “Blue Mountain,” his first solo album in almost 40 years, we see Weir branch into new territory.

Not counting the impressive 140 albums that the Grateful Dead has put out, Weir has also worked on an additional 13 albums. Nevertheless, he has not been short on material to write for with his newest release.

Mostly inspired by his time as a ranch hand in Wyoming, “Blue Mountain” shows Weir branching out to a new subset of music for his already vast career. Officially labeled in the rock genre, we actually see more folk and Americana elements. We get more of a cowboy feel to this record, and it is meant to be treated as such. It is meant to be a wise and long awaited career switching album, and that’s exactly how it comes across.

“Blue Mountain” is a 12 track record that clocks out to be around 52 minutes long. The main thing about this record is that the music reflects and accompanies the subject matter. It is very country and western inspired. From front to back, this record is an allusion to a much wider and deeper story than you would initially perceive. Weir has always been more of an emotional songwriter, and “Blue Mountain” is no exception, taking you on a journey of past regrets, love, growing old and confronting mortality. This record manages to accomplish being diverse, but at times, is too folksy.

Musically, as primarily a rhythm guitar player, Bob Weir has always had a much wider complexity with his music than most. We see some of his strongest works on “Blue Mountain” in tracks like “Darkest Hour” and “Lay My Lilly Down.” On the other hand, we see some musically simple four chord folk music too, primarily in tracks like “Only a River” and “Ki-Yi Bossie.” While they are arguably some of the more standout tracks, they also are some of the simplest. Some tracks are catchy and easy to tap your foot along to with rhythm being the most important driving structure for each track. But, you won’t find any of these tracks being played at any party anytime soon because they are a little slower and darker.

Lyrically, “Blue Mountain” is a wide open plain for Weir to farm. The album is driven and inspired by his time in Wyoming as a young man, and we see much of those experiences reflected in his songwriting. While we see songs about young love and Mormon girls, we also find many more self-reflective tracks like “Gonesville” and “Darkest Hour,” both of which are Weir looking back on his life in either remorse or sympathy for the man he once was.

There are some of his old hippie influences in this record as well. You really didn’t have to listen long or hard to find it, but Weir references all of this in “Ki-Yi Bossie” and “Blue Mountain.” While listening to this record, you can get overwhelmed by the sense of age and wisdom that Weir brings to the table. You don’t always get these tracks from aging rock stars, and it is a refreshing take for sure.

“Blue Mountain” is
some of Bob Weir’s best solo work in decades. However, be warned, if you were
looking for rock from one of the genres biggest stars, this is not the record
for you. This record is Bob Weir branching out to new territory. While it is moving at times, there are a lot of moments that seem
very personal for Weir. That would only be expected with a record like this
one. Either way, if you are a fan of any of Weir’s past work or just folk and
blues in general, this record is a must have for you.