What you missed from the ‘Grey’s Anatomy’ season premiere 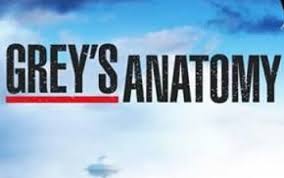 It is no secret that college students love “Grey’s Anatomy,” and Thursday’s fall premiere of season 13 had fans scrubbing in right off the bat.

The show picked up right where last season’s cliffhanger finale left off. When we last saw our favorite doctors, Owen and Amelia had just gotten married; Meredith and Maggie both had feelings for Dr. Riggs; Callie and Arizona were in court fighting over Sophia because Callie wanted to follow her girlfriend Penelope to New York; April had nearly died giving birth to Jackson’s baby; Jo drunkenly revealed that she is still married to her abuser; and Alex proposed to Jo and pummeled Dr. DeLuca when he saw him with her. So much drama. Thanks, Shonda.

The premier jumps right back into the action with Alex helping cart DeLuca out of the ambulance and into Grey-Sloan Memorial. DeLuca’s face is bloodied and his eye is an absolute mess. Alex tries to help while explaining the injuries and hiding a badly bruised hand. It is a wonder no one puts two and two together faster as the situation is very reminiscent of an earlier Alex who has emotionally reacted by beating doctors into the ground before.

Jo calls Meredith sobbing and pulls her away from yet another double doctor wedding because everyone’s problems are also Meredith’s problems. Meredith and Dr. Weber rush to the scene of the beat down and try to get Jo to calm down enough to tell them what happened. Naturally, she’s resistant and still a little intoxicated. Meredith sees blood on the apartment floor and immediately runs to the hospital.

Meredith confronts Alex and agrees to keep his secret for the time being because, as the only two original interns left and sans Christina, they are each other’s person.

Then, Maggie shows up, still decked out in a bridesmaid dress, worried about her ex-boyfriend with Dr. Riggs close behind. Maggie starts mumbling to Riggs about whether or not she should be there for DeLuca because their breakup was bad due to the fact that they worked together, but that doesn’t mean that relationships with co-workers can’t be successful (*wink wink*). Riggs just goes along with it while the rest of us cringe a little bit.

Maggie’s crush on Riggs doesn’t stop her from rushing to DeLuca’s side, grabbing his hand and whispering, “I’m here.” She also offers to call his parents because they know her.

A reinstated Dr. Warren gets suspicious of Alex but later tells Meredith that he can empathize with Alex’s lapse in judgement because he misjudged a situation in an earlier episode which got him put on probation.

Jackson discusses DeLuca’s messed up eye, and Maggie insists they not wait for an ophthalmologist but operate immediately in order to save DeLuca’s eyesight. Surely, Shonda will come back to this conversation later, right?

We finally get a real look at April’s baby girl and learn her name. Of course, Catherine is in the room and assumes the baby has been named after her. She and April continue to argue over the baby’s last name. Again, we have a plug for the Avery name opening doors for a two-day-old child to be a medical genius. The baby’s name is revealed to be Harriet Kepner-Avery. While the name is supposed to be strong, it really just reminds you of your ninety-year-old grandmother who smells like denture cream. Hopefully she’ll at least have Jackson’s eyes to compensate.

Alex and Jo argue outside DeLuca’s hospital room. And, in typical Alex and Jo fashion, nothing can possibly be explained. Instead, Alex throws insults, and Jo cries. And as happy as we all were that Alex found someone he has so much in common with, we again have to admit that they really probably aren’t that good for each other. They’re too similar. They’re both too stubborn to even be able to have one single grown up conversation about their relationship without it exploding in someone’s face.

Jackson operates on a super gross looking eyeball. Maggie again discusses her feelings for DeLuca, this time while standing over his eye with a knife in it, and of course, Riggs comes in because two cardio surgeons need to be in an eye surgery, obviously.

Jackson makes a remark about not being able to turn your feelings off, and we remember the bad parts of his relationship with April all over again.

Stephanie shows up to save the day, while Jo packs up her locker and tries to leave. Stephanie just reminds us that she was the one who left DeLuca in charge of a very drunk Jo in the first place. Slow clap for Stephanie.

Stephanie does manage to explain things to Meredith though, while Dr. Weber stops Jo from running. This prompts Meredith to tell Alex that he beat up a completely innocent doctor and that they are hiding what really happened makes them the bad guys.

Meredith turns Alex in to Chief Bailey. But, while Bailey is about to start a manhunt, we see that Alex has already turned himself in to the police. This is proof that the interns finally grew up. They’ve come a long way from hiding behind closed doors trying to pretend that cutting an LVAD wire won’t kill a guy. Unfortunately, growing up means Alex goes to jail. Luckily, he has Meredith to come visit him while they both wonder what will come of his career now.

All in all, the season premiere started off strong. There are already relationship issues to solve, career crises and one gross surgery on the books. Not to mention the impending drama that will follow Owen and Amelia’s wedding and the whole Callie moving to New York with the lady who killed Derek…I mean Penelope…thing that went unaddressed. After twelve years, Grey’s still manages to captivate us with character development and provide enough drama to keep us wondering.

Grey’s Anatomy is part of ABC’s #TGIT’s trio of shows put on by Shonda Rhimes. All the shows come on Thursday nights with Grey’s starting at 7 p.m.