Impressions and experiences of out of staters at CSU 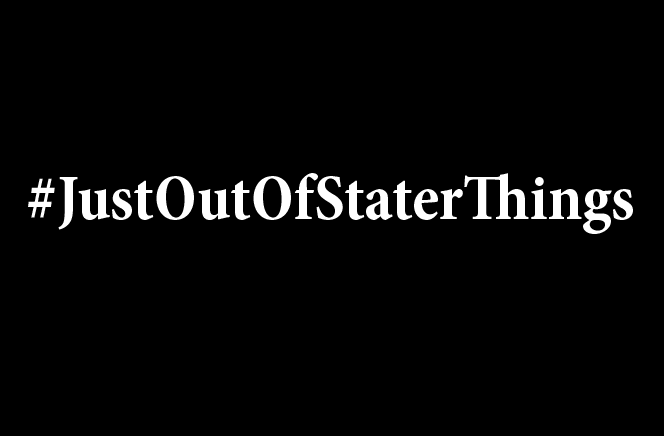 It’s no secret that students coming from out of state to attend Colorado State University are going to have different experiences than those who come from in state. From trying to figure out what the heck a Highlands Ranch is to trying to understand why people from Colorado love to hang the Colorado flag all over their homes, the out of stater experience can be confusing. Even so, out of staters can find solidarity in these experiences and this list of #JustOutOfStaterThings. (Experiences may vary by state.)

WeedMany out of staters are poked fun at because everyone thinks they went to school in Colorado to smoke weed. The ridicule is not even strictly from people from Colorado, but it is from family members and people who stayed in state too. Out of staters go home to a swarm of questions about how “dank the ganja is” and “if you’re getting as high as the elevation.” Step off, Uncle Joe. Have you even seen mountains?

MountainsSpeaking of mountains, what the heck. Mountains are so amazing. For many out of staters, mountains can be very exciting for them. Oftentimes out of staters may see the sunset peak behind the foothills and say, “Oh my god, look how pretty the mountains are. I’m dying.” Let them have this one, in staters. Foothills are mountains to some people. It’s okay. Don’t ruin this for them.

Saying WordsEveryone says things differently depending on where they come from. Out of staters find themselves having to say words several times because in staters think it’s funny. Make a person from New Jersey say “water,” a person from Philly say “owl,” and a person from Texas say “barely,” and you’ll know what I’m talking about.

DiversityOut of staters love it when CSU is described as “diverse.” It gives everyone a good laugh.

ElementsDepending on where the out of stater comes from, they excel at dealing with different types of elements. Some are unbothered and unharmed when the snowy season rolls around. Some close up shop and retreat to the indoors once it drop below 60 degrees. I personally, for the life of me, cannot walk through snow without getting it in my eyes. Because I am Texan, though, I can walk through a swarm of gnats without any of them attacking my face orifices as my fellow Coloradans struggle.

Going HomeEspecially during freshmen year, everyone gets a little homesick at college. When this happens to in staters, they’ll simply go home for a weekend to cuddle with their dogs and eat a home cooked meal. This is a foreign concept for out of staters. Unless they can afford a 100 dollar or more ticket to go home for the weekend, out of staters usually rely on their parents to send them pictures of their dogs doing silly things and dorm food to survive. When in state friends say goodbye for the weekend, out of state kids say, “Okay bye. I’ll be here. All the time. Forever.”