Godspeed Records: Putting the Fort Collins hip-hop and rap scene on the map 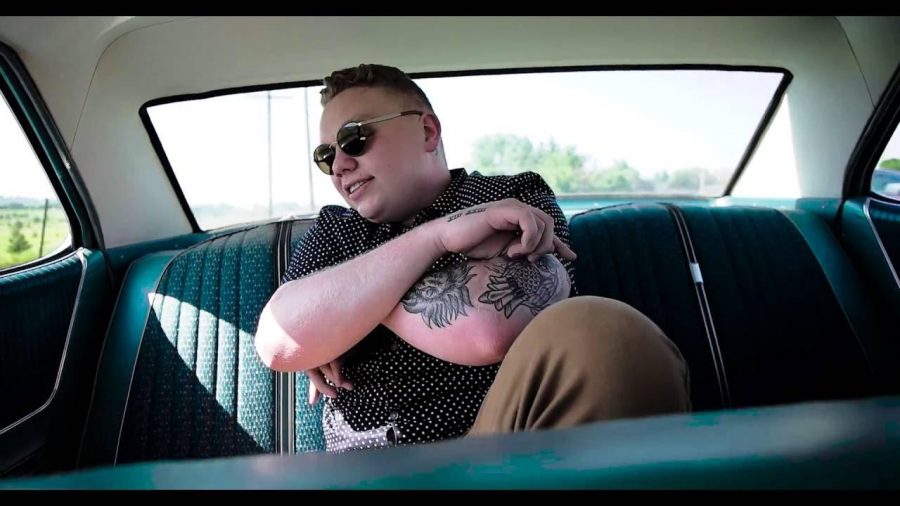 Rob Hale, Tyler Monson and Mark Franklin are in the middle of discussing their hip-hop heroes as they lounge in Hale’s apartment on the south side of Fort Collins.

“Do you think Mac (Miller) was our inspiration?” Hale asked.

Manson responded, “Yeah, I don’t like to it admit it, though. Isn’t he great, dude?”

Aside from idolizing Mac Miller, Hale, 21, Monson, 21, and Franklin, 20, share something else in common. They are all hip-hop artists and producers.

The room they are hanging out in doubles as a recording studio with computers, microphones and speakers in the corner. They’ve spent the afternoon together hanging out, recording verses and mixing them on a digital audio workstation.

Monson, Hale and Franklin have been rapping and releasing music for the past four years. Monson and Hale got their start at Erwin Middle School in Loveland when they began recording verses on their phones for fun, and Franklin joined the squad a few years later when he was introduced to Monson through a mutual friend.

Monson, who previously used the name Starving Youth, now uses the moniker Day Surreal. Hale goes as Bobby Nero, and Franklin as Mark Collins. They each have their own original sound that, mixed together, creates an authentic and unique rap/hip-hop style.

These past four years have been prolific for the trio as they’ve collaborated with each other to produce music. Monson and Hale opened for The Based God at The Aggie Theater this summer, and they have maintained a good following with some of their tracks and albums getting hundreds of downloads within the first week of their releases, according to Monson.

However, this summer they realized something had to change in the way they operated as artists and as a team. Monson refers to it as a wake-up call.

“I think the biggest thing that woke me up was when we released our latest project (The Flight Brothers),” Monson said. “I checked the downloads, and it only had five downloads the first day. I was like, literally nobody cares. I’m not good enough. We’re not doing this right.”

Monson knew the group had to take action. The result? Godspeed Records — an indie record company located in Fort Collins created by Monson, Hale and Franklin.

According to Monson, the company will serve as the foundation for himself, Hale and Franklin. This is where they will make music individually and collaboratively.

“All the years and years of work, and all the teams and other people I’ve worked with has been building up to it being just us three,” Monson said. “This is supposed to be the squad. This is the fam.”

Together the trio is determined to put Colorado — Fort Collins in particular — on the national hip-hop and rap map.

“There’s no sound established for Fort Collins hip-hop,” Monson said. “I want Godspeed to be the beginning for artists all over the country to be like, ‘Oh that sounds like Colorado/Fort Collins rap.’ When you hear (rap) from New York you can tell (it) is from New York. This is West Coast, Atlanta, Houston, etc. If we work, us three can make something special.”

Although the music scene in Fort Collins is lively and boisterous with at least one local show happening somewhere around town at all times, Fort Collins’ rap/hip-hop scene operates differently. Instead of booking an evening at a local venue like many bands can do, rappers and hip-hop artists wanting a place to perform are required to sell a certain amount of tickets for the venue in order to get a spot, according to Monson.

“All the promoters want is your money in the hip-hop scene,” Monson said. “It’s so different than the band scene. They could care less about if your music has a message, if you’re good, if you work hard. It’s all about how many tickets can you sell? How many people you can get into the door that are going to buy drinks at my bar? The hip-hop scenes revolves around money.”

This is exactly what Godspeed Records is wanting to change. They hold the vision of creating quality music and working with humility.

“Humility is the biggest thing for me in music,” Hale said. “You shouldn’t have to tell someone that you’re a dope rapper. They should know because of what you’ve been doing.”

The word “godspeed” means a prosperous journey or an expression of good wishes to someone who is starting a journey. Franklin heard the word one day and it stuck with him. He shared it with the others, and it became the name of their team.

“One, it’s a badass word, and two, the meaning behind it is beautiful because it’s the best farewell you could ever say to somebody,” Franklin said. “Godspeed Records: this is it, this is the new beginning.”