The drawbacks of iPhone’s iOS 10 update 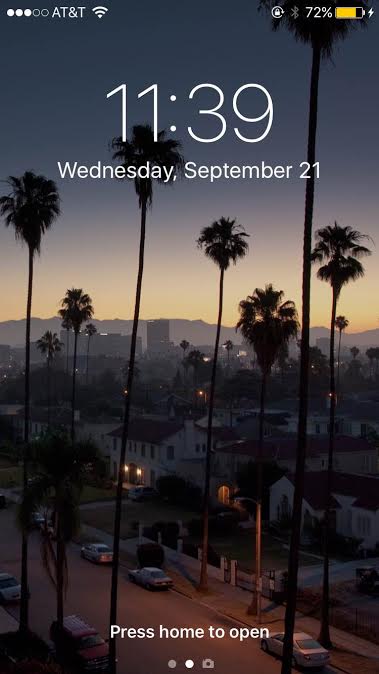 If you are anything like me, your iPhone has seen better days. My iPhone 6S is cracked, scratched and its functionality is questionable at best. Not surprisingly, it resembles many of the phones you see in the hands of students on campus. So, when Apple released its new software update, iOS 10, I was ecstatic to be able to do something to make my iPhone seem newer and less run down. The excitement was short lived, however, because the second I unlocked my phone after updating, I already had a reason to regret leaving iOS 9.

No more slide to unlock

In iOS 10, the iPhone is unlocked by using Apple’s Touch ID to recognize your fingerprint. It then displays a message that says “Unlocked” near the stop of the screen and “Press me to unlock” above the home button. Once you press that and the correct fingerprint is recognized, the phone unlocks. Sliding the iPhone screen has been the way to unlock iPhones for as long as touch screen Apple products have existed, so this is going to take some extreme getting used to. Because of that, I constantly find myself sliding the iPhone screen when I first open it, which now brings up the camera. I can’t be the only one who is thinking that accidental picture taking is bound to happen all the time now. This may or may not become increasingly annoying depending on how long it takes to get used to not sliding the phone open.

It’s no secret now that Apple has long been accused of making their old products stop working when a new one comes out. The world may never know if this accusation is true or not, but it is definitely something that iPhone users have started to notice with the new update. Common glitches that iPhone users including myself have experienced include problems connecting to wifi, slow wifi, random freezes and issues with saving things to the camera roll. Ouch.

Jail breaking iPhones is becoming increasingly popular as more and more people are realizing the benefits of having of more customizable iPhones. Jail breaking phones used to be illegal, but after a long lawsuit, it has been deemed that jail breaking iPhones can not be made illegal because it is only fair that consumers be able to do what they want with and have full access to all of the capabilities of the product that they have paid for. However, that does not mean that Apple has to support it. In the past, Apple has ruled that jail breaking your phone would void its warranty. Now, on top of that, the iOS 10 update has made it impossible for jail breaks to happen at all. That is until someone finds a loophole in iOS 10 and makes it possible again.

Every time Apple releases a new iOS update, it feels like it is not for the purpose of getting rid of glitches in the phone or increasing functionality. It seems like they are doing it to give users something new to keep them feeling updated and in the loop. Apple seems to be unable to come up with new ideas, so they consistently add a few new small, unnecessary changes and give a new look to widgets or designs and call it good. A few of these changes include redesigned widgets, notification boxes and control centers. You now have to swipe right in the control center to be able to control your music, which was done in order to make it look “less cluttered.” However, this feature does not do much except add extra steps in the process of playing music.

Regardless of my feelings about the update, I, like most iPhone users, will likely find myself saying that this is the last straw and with my next update I’ll be going Android. But, I know for a fact that there is something about Apple devices that keep drawing me in and will not let me make the switch. So, for now, I’ll just keep getting used to the update and try my hardest not to take disgusting accidental selfies when I open the camera by unlocking my phone the way I am used to.