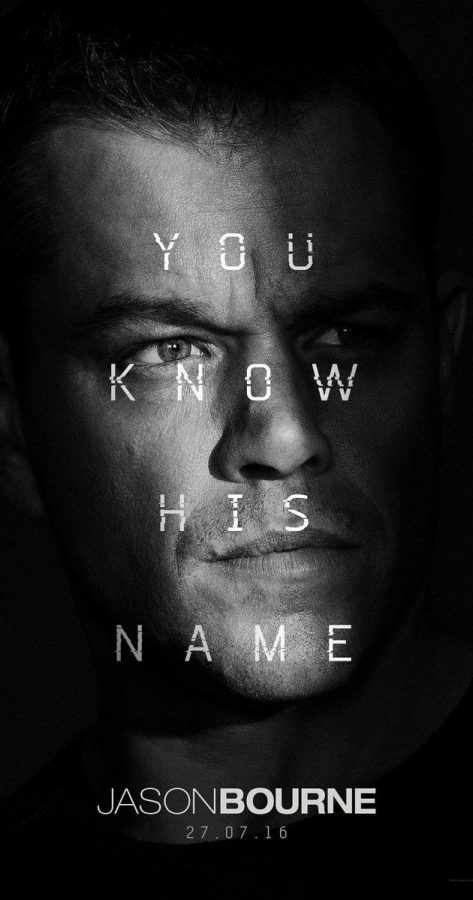 For fans of the original Bourne trilogy, the new Jason Bourne installment is an entertaining throwback. Featuring the return of Matt Damon in the role of Jason Bourne, the movie is sure to satisfy Bourne fans that were disappointed by “The Bourne Legacy.”

After fellow former-spy Nicky Parsons hacks the CIA database, Bourne becomes entangled with the CIA’s covert operations once again. When classified documents featuring information about Bourne’s past are shown to be the targets of the database breach, he becomes a top target for assassination.

Despite knowing little about the database breach or why he is being targeted, Bourne characteristically dodges the CIA’s attempts to eradicate him in his classic style. Surviving through numerous car chases, street brawls and shootouts, Bourne is shown to embarrass CIA elites at every turn.

Divided over whether to try to bring Bourne back to the agency or terminate him, contestation between CIA Cyber Ops Division head Heather Lee (Alicia Vikander) and CIA Director Robert Dewey (Tommy Lee Jones) aids Bourne in eluding capture and assassination.

Similar to previous Bourne movies, Bourne is confronted with the decision of whether he will rejoin the CIA or forever run from them. Attempting to sway Bourne through an appeal to patriotism and duty, Lee tries to bring Bourne back in. However, in typical taciturn style, Jason Bourne rejects Lee’s offer and disappears.

Though reminiscent of the original trilogy, the action in “Jason Bourne” was exciting, but not as believable as the other Bourne movies. The newest installment captured the traditional styles of the original Bourne trilogy in a more high-octane form that occasionally seemed cliché.

Nonetheless, director Paul Greengrass succeeded in embroiling modern issues and controversies over intelligence and data gathering into the movie. Referencing leaks by the likes of Edward Snowden and featuring personal surveillance programs similar to and more extensive than those by the National Security Agency, the plot line feels realistic, modern and relevant.

Both “The Bourne Legacy” and “Jason Bourne” demonstrated how Matt Damon’s portrayal of Jason Bourne is essential to the success of the franchise. Though all of the characters were well casted and the acting was superb across the board, no actor upstaged the return of Matt Damon to the Bourne installment.

While featuring new characters and a slightly different plotline, the newest Bourne movie does not deliver anything truly new to the Bourne series. However, for devoted fans of the original trilogy, the movie is a welcome return to the original action-packed, high stakes mystery and conflict that made the franchise so popular to begin with.