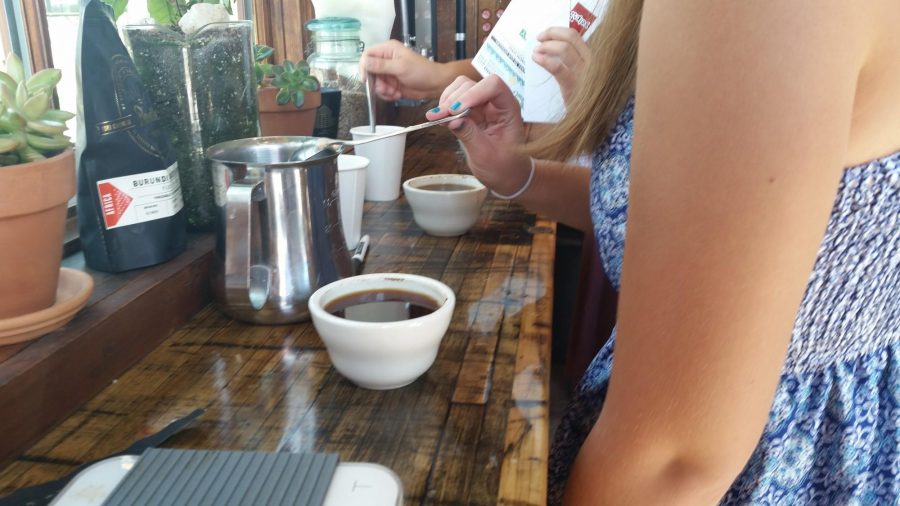 Being a city famous for its craft breweries, downtown Fort Collins is usually a prime choice for tourists looking for a night of heavy drinking.

Seventeen stores spread throughout the city got the chance to show off another side to Fort Collins’ craft scene, namely coffee and artisan goods.

The 5th Annual Colorado Caffeine Crawl was spread around four cities: Boulder, Colorado Springs, Denver and Fort Collins. Coffee shops like the Bean Cycle and Bindle Coffee and artisan stores such as Nuance Chocolate and Wunder Juice were just a few of the stops for tour groups on their caffeine-fueled journey for more coffee.

Genesis coffee, a christian coffee shop with a focus on volunteering and charity, paired with The Coffee Registry, a coffee accessory manufacturer, to provide cold-brewed coffee and South American-style blends with a pour-over method.

“A lot of the time South American coffee doesn’t get the reputation of African coffee,” said Brett, a staff member at Genesis Coffee, on their unique brewing methods. “You can’t get simpler than just coffee and water. It’s simpler than lemonade, and it’s got less ingredients.”

The goal of The LAB, the beverage marketing firm who created the crawl, was to connect people with their local coffee shops and show off the craft behind their products. The firm outright avoided including chain stores in the crawl, instead choosing only to highlight small businesses.

There were four routes that covered 17 vendors, two that could be walked and two that required some other form of transportation because of long distances – it may be a surprise to learn that many of Fort Collins’ most well-known coffee shops aren’t anywhere close to Old Town.

Among the more out-of-place vendors who participated in the crawl was Nuance Chocolate. Toby Gadd, a cofounder of the chocolate store, said that the store probably shouldn’t have been part of the tour as chocolate does not contain much caffeine. Chocolate does contain Methozanthene and Theobromine, though, which some believe may have effects similar to caffeine.

“That’s why chocolate was first consumed,” Gadd said. “If it gets you wired or gets you hammered, humans want it.”

The Caffeine Crawl is planned to continue again in 2017 in its sixth year.