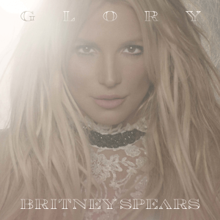 Although it comes as somewhat of a surprise that Britney Spears is still making music, she released her ninth album “Glory” on Aug. 26, and it is extremely hard to stomach. The album is completely devoid of any irresistibly catchy songs like those put out in the early 2000s and is now just Britney’s subpar voice with seemingly plagiarized electronic tracks from other pop artists.

“Glory” is unoriginal at best. Britney failed at what she does best: making catchy songs. All of the songs on this album were far too sophisticated for her extremely limited vocal capacity.

“Make Me” was released on July 15 as the album’s lead single. The song features rapper G-Eazy. It is smooth and has cool synth and guitar but does not have anything that stands out.

“Invitation” is the first track on the album. It is another smooth song that has a relaxing vibe that is comfortable to listen to but is not altogether an enriching experience.

“Private Show” is very aggressive and robotic sounding. Britney barks throughout the song to “work it, work it, boy watch me work it. Slide down my pole, watch me spin it and twerk it.” The song seems to lack the sex appeal that the lyrics infer. “Private Show” is also a fragrance by Britney.

“Man on the Moon” follows Britney’s affinity for space. The song seems overly simplistic, but at least it reminds us of the “Oops!… I Did It Again” video when she played a seductive alien.

The title-track “Glory” has a sound reminiscent of pop artists such as Justin Bieber and Selena Gomez, and “Better” has similarities to Justin Bieber’s song “Cold Water.”

“What you need” is an upbeat soulful song, but once more, the vocal range of the song was too complicated to match her singing ability. Her voice in the chorus came off as screechy and annoying.

The fact that “Glory” is Britney’s ninth album is itself a victory and shows that Britney Spears just keeps going and can evolve to match, or maybe even copy, the current sounds of pop. Britney bravely steered clear of her catchy-song vibe that originally helped her become famous and went for a smoother more mature sound, which completely failed.

Although Britney’s ability to stay relevant is commendable, “Glory” is unsatisfactory for the listener due to its unoriginality and lack of quality songs.