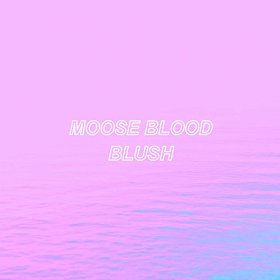 It’s been two years since their debut album, and they have just released their sophomore album “Blush,” which cements the band as one of the frontrunners in the emo scene.

The UK-based band is relatively new to the scene. They formed back in 2012 and released three E.P.’s and a debut album “I’ll Keep You in Mind, From Time to Time,” all between now and then. The band has been a part of the Van’s Warped Tour and their first album peaked on the charts at No. 45. Now they are back with their second album and are poised in the perfect position to do even better with “Blush.”

“Blush” is a 10 track record that clocks out at around 36 minutes long. From front to back, it is a memorable listen that takes you on an emotional rollercoaster. While you can have fun listening to any of their singles off the record like “Honey” and “Knuckles,” you can still enjoy them all the more when listening to the album as a whole. It is one of those records that was designed so that when it ends, it makes you want to go back and listen to it again. That is what shows that the band members are not amateur songwriters.

Musically, “Blush” is rock solid. This record is a bit more rounded out than their debut album, but it is a what makes it all the more memorable. It is easy to get lost in the catchy beats and start nodding your head or tapping your foot. Tracks like “Glow” showcase the band member’s skills as musicians. It’s the right amount of pacing with a fast tempo. This will be a theme that the whole record follows, taking the listener on a ride the entire time.

The one track that really hits you is “Shimmer.” This track starts out a lot slower than the rest of the record and makes you all the more aware of what you are listening to.

The next track, “Spring,” follows along in the same theme. It doesn’t feel out of place, and it is deliberately planned out. The vocals are what really steal the show on this record. Frontman Eddy Brewerton delivers his best on each track making it all the more relatable if you have ever just wanted to shout out your problems to the world.

Lyrically, there are plenty of emo anthems present. Each track has the ability to stand out as a hit; It just depends on what the listener is more into. The songs contain much of the same subject matters that the band wrote about in their previous album. However, the writing provides a much more fresh take on the subjects. While it isn’t revolutionary by any means and won’t change the way you look at life, it is catchy enough that it will stick with you long after listening to it.

Take tracks like “Honey” and “Sulk.” These are songs that should be some of the first mentioned when talking about the content of the songs. They are some of the strongest tracks in an already strong record. While it is easy to think that all this subject matter can get old and repetitive, it really doesn’t with “Blush.”

“Blush” is one of the best new albums for fans of the emo genre. If it wasn’t on your radar before, it should be now. This record holds its own against many other great albums in the genre like Brand New’s “Deja Entendu.” The only drawback of the album is the overall length. It’s just a bit too short. But Moose Blood has definitely cemented themselves as a band that will last for a long time.

If you were hoping to catch Moose Blood live, you might have to do a bit of traveling. The band has no U.S. tour dates in the near future, but they are touring around Australia and Europe. Here is to hoping that the band will announce a headlining tour for the US soon.