X Ambassadors, Young the Giant and Cage the Elephant connect with the audience at Big Gig 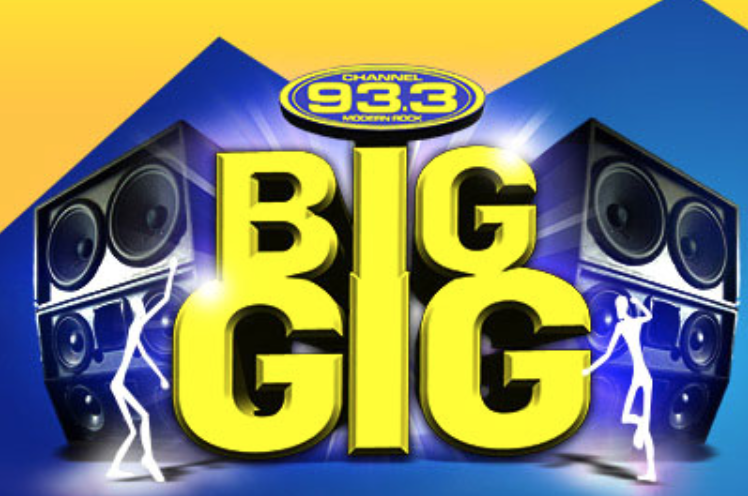 The sun was scorching above on Saturday, July 9, as a gigantic line of concert goers wrapped around Fiddlers Green Amphitheatre in anticipation for channel 93.3’s Big Gig concert. This year featured six bands including The Unlikely Candidates, Vinyl Theatre, Misterwives, X Ambassadors, Young the Giant and Cage the Elephant as the headliner.

While everyone was clearly affected by the hot temperatures, the energy of the concert did not burn out. They had a reason to be excited. For any fan of alternative rock, this was a concert not to be missed.

The concert kicked off with The Midnight Club, which was voted on to be the opening act. Even though the band has been only performing for about four months, they played their catchy songs such as “Immortalized” and “Knock Back” with confidence and enthusiasm, not intimidated by the large crowd in front of them.

Afterward, indie rock band The Unlikely Candidates came on and played a few songs, including their single “Your Love Can Start a War.” The band gave the crowd the first burst of energy with lead singer Kyle Morris’s heavy, yet intimate vocals. The performance felt very personal at times, as Morris would get off the stage and onto the guard rails near the audience to sing. One song surprised the crowd and made their hands go up with the feature of rapper Jay Fresh, adding variety.

Vinyl Theater soon slid onto stage playing songs such as “Breaking Up My Bones” and “The Rhythm of the Night.” Singer Keegan Calmes sang with smoothness in combination to the polyrhythmic tunes of keyboarder Chris Senner. Most notable was Calmes’ hypnotizing guitar solos in his performances of songs like “Breaking Up My Bones”.

Misterwives quickly entered the stage with bubbly and energetic personality. Known for their songs “Reflections” and “Our Own House,” the band turned the crowd into a bouncing ball of dancing. Lead singer Mandy Lee looked like she was jogging in place most the time, radiating happiness, and the band and audience fed off of it. At one point, Lee, bassist player William Hehir and guitarist Marc Campbell momentarily danced and kicked in synchronization.

Before performing their last song, Lee spoke about the connection created through music, despite tragedies like the shootings of Philando Castile, Alton Sterling and the police officers in Dallas.

“No matter what your race is, your sexual orientation, your religion, your size, your gender, your shape, we are all one,” said Lee. “And I will sing that with my heart and my lungs until we are all free.”

There was a necessary pause before the band played “Our Own House” and encouraged the audience to sing along, which they seemed to be happy to oblige. Before they went off the stage and the band said their thank you’s, they went into one more entirely vocal run through of the chorus. Just when they were waving goodbye, the band surprised Lee with a birthday cake and everyone as a community sang to her.

X Ambassadors got into some nitty gritty rock n’ roll as they entered the stage, beginning with the song “Love Song Drug Song.” The performance ultimately created the perfect amount of diversity in sound, from the drum-heavy beat of “Jungle” to the laid-back guitar groove of “Low Life.” Lead singer Sam Harris showed great vocal range and musical talent as he played the saxophone and bass guitar. Sam’s brother Casey is blind, but he glowed with exceptional talent as he played the piano with passion and as he jammed out throughout the performance.

The band also took a moment out of necessity to talk about recent events concerning the tragedies in the past few weeks, condemning gun violence and racism before performing the soulful and emotional song “Unsteady.”

“Silence is violence,” Harris said in a call to action for people to speak up about the problems of racism and violence in society. Once again, it was an example of how music can connect, unite and empower people to talk about issues in society. Lastly, they played the song “Renegades,” which fired up the crowd. A call and response began between the band and the audience of the lyrics.

As the sun completely set over the horizon, Young the Giant provided a nice change of pace in songs beginning with the soft and beautiful “Firelight.” The most memorable moment was when they played “Titus Was Born,” a song that they wrote in Denver. When singer Sameer Gadhia asked the crowd to take out and wave their cellphones, it soon became a sea of lights accompanied by a slow and peaceful song with rich vocals from Gadhia. While they played many new songs such as the faced paced “Something to Believe in,” the crowd was also pleased to find that they played many older songs such as “Cough Syrup,” “It’s About Time” and “My Body.”

When Cage the Elephant finally came onto the stage for the final act, they took off with raw energy and kept running. Singer Matt Shultz sang fast-paced and often chaotic songs with raw energy. They pleased fans with playing new songs from their newest album “Tell Me I’m Pretty” such as “Cold, Cold, Cold” as well the fan favorite song “Ain’t No Rest for the Wicked.”

It was very easy to feel the energy, and Shultz had no problem connecting and making people feel that he was with the crowd most of the time. The crowd cheered after each song, and at one point, Shultz gave what he called the “howl of gratitude,” and the crowd promptly responded. He would even get into the middle of the crowd and sing or crowd surf. In one instance, he surprised people by walking up the aisles of the seated area. Cage the Elephant truly created a spectacle you had to see to believe and completely understand.

While the scorching heat seemed unbearable at times, people walked away from this year’s Big Gig satisfied with all of the performances.

Collegian News Editor Seth Bodine can be reached at news@collegian.com or on Twitter @sbodine120.