“Pokemon Go” takes campus, and the world, by storm 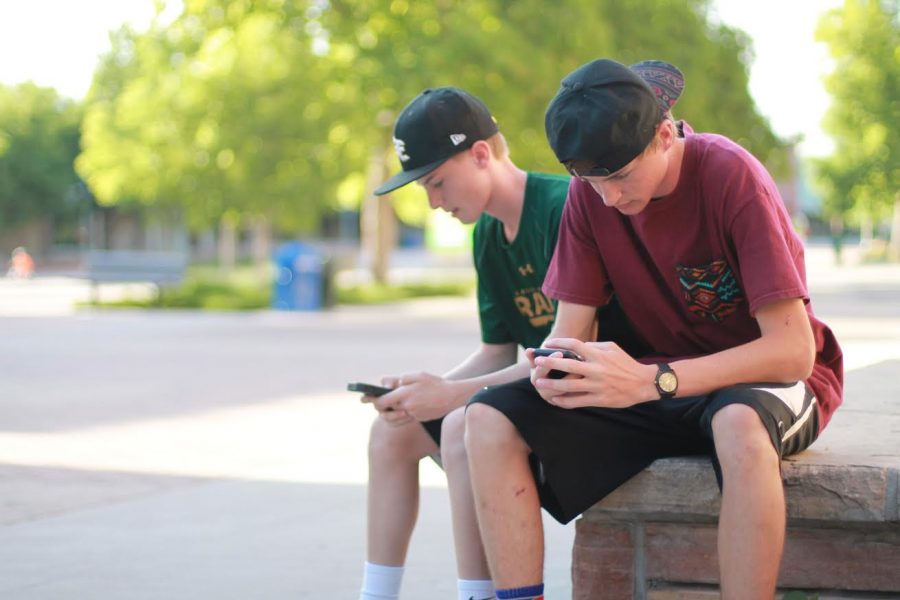 Unless you’ve spent no time on the internet over the last couple of weeks, you’ve probably heard about “Pokemon Go.”

The official app launched on July 6 and allows players to capture Pokemon from the original 1996 games on their phone in the real world. The game quickly took over social media with almost everyone, and quite a few of their mothers, playing the game. Players can pick one of three teams:  Mystic, Valor or Instinct, which has lead to many rivalries between friends as the teams work to hold gyms centered around real-world monuments.

While walking to work on campus during the last two weeks, I’ve been astonished by how many people I’ve see walking around with their phones out, obviously trying to catch Pokemon. I even passed my student media advisor a few days ago, who admitted that he was out on the hunt to catch ’em all. Although I consider myself a longtime fan of the series, having played each of the last six generations to come out, I never expected the number of people who are back into the series after not giving Pokemon a thought for 15 years. And so it seems, neither did Niantic, the creator of the game.

I, along with many, have been dealing with the side effects of a game becoming so popular so fast, which include a lot of bugs and a lot of the game crashing. However, when the game has worked for me, I’ve spent some time walking around campus to catch Pokemon and find the best spots for gyms and Pokespots.

The Lagoon is one of my favorite spots. The LSC, where I work, is right next door and offers three Pokespots to grab items from while I’m grabbing a bite to eat. The Lagoon itself also offers tall grass and water with a couple Pokespots that often have lure modules inside of them. There’s also a gym at the Lagoon, and I often see people gathered around, obviously trying to claim the gym for their own team.

The Monfort Quad, next to Clark, is another great spot for Pokemon hunting with tall grass, three Pokespots and another gym nearby. On weekends, and even on some weekdays, one can see groups of people all gathered on the grass, hoping to catch something worthwhile. According to Decluttr.com, the Pokemon that Colorado searches for the most is Porygon, and I caught a Ghastly and an Electabuzz there just the other day.

Campus itself is crawling with Pokespots and gyms, and there’s no doubt that come fall semester, trainers of all grades and ages will be wandering around campus, perhaps occasionally looking up from their phones. UCHealth has issued some tips to keep you safe on your journey to become a PokeMaster, including awareness of your surroundings, staying stocked on supplies and water, not driving and playing, staying out of restricted areas and playing smarter, not harder.

Stay safe out there while you’re looking for elusive Pokemon, Rams. And of course, long live Team Mystic.