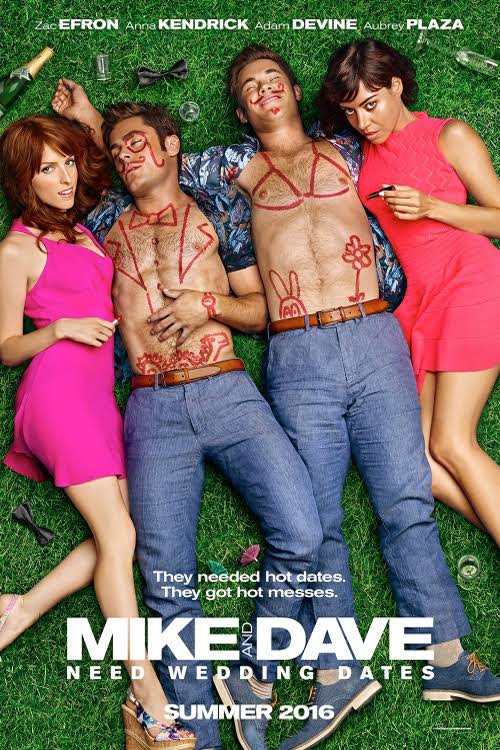 “Mike and Dave Need Wedding Dates” was released on July 8, and while it was played up to be a great summer release, it was definitely lacking in several areas.

The plot is pretty simple. Due to their tendency to ruin family events by hitting on women, Mike (Adam DeVine) and Dave’s (Zac Effron) family ask them to find dates for their sister’s wedding in Hawaii. In order to broaden their search, they put an advertisement out on Craigslist, which ends up going viral and landing them a guest appearance on the Wendy Williams Show. Ultimately, two party girls, Tatiana (Aubrey Plaza) and Alice (Anna Kendrick), end up landing a free trip to Hawaii by convincing Mike and Dave that they will impress their family.

This movie is loosely based on real life events, and I must emphasize how loosely that is. The movie portrays Mike and Dave a lot more moronic than what the real life men actually were to create comedic scenes, which I personally did not care too much for.

I’m not sure if it was the writing or the acting, but a lot of the jokes were not received well by the audience. It actually gave off an awkward feel to it at some points, and there were even a few people in the theater who began commenting about their dislike for certain jokes.

The acting wasn’t terrible, but when considering the amazing films that these actors have created in the past, it did feel like a bit of a disappointment. This movie seemed more like the actors took it on just to earn money, and it was not a role that they really wanted to do. There were also times where it seemed that the extras were looking at the camera and hoping to be recognized. It felt like the filmmakers were so focused on making the movie funny that they forgot to make the characters seem believable. Otherwise, it seemed as though the actors tried their best to work with the script.

I did not feel that the movie was worth the money spent to go see it. While there were some funny moments, the gags in the movie were distasteful. All of the jokes had to be sexual and raunchy. Unless this type of humor is right up your alley, I suggest you skip this movie and spend your money elsewhere.