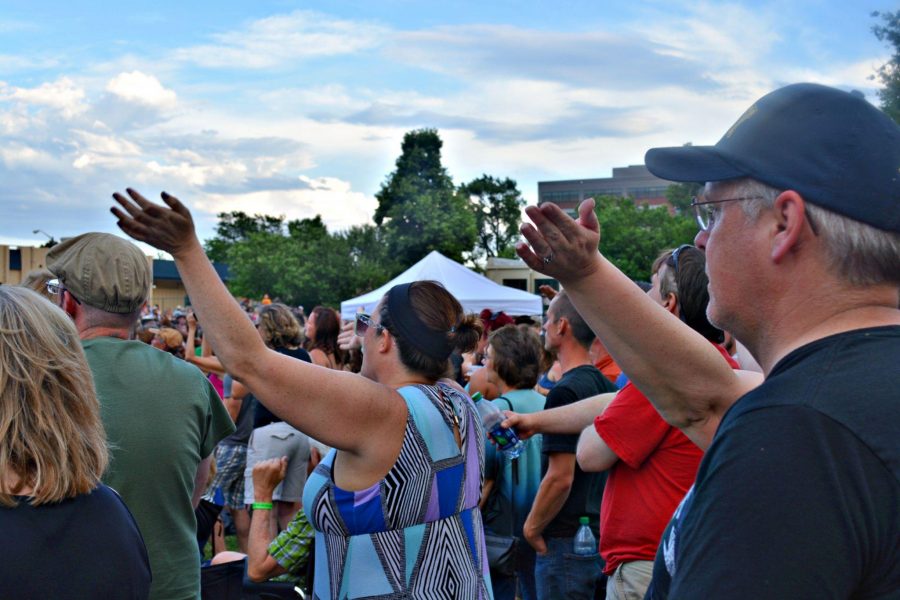 The Taste of Fort Collins festival wrapped up Sunday June 12 with a number of local bands and eats, finishing with headliner Allen Stone. Crowds flocked to Old Town for a sunny afternoon filled with food trucks, art vendors and a variety of live music.

After bluegrass artist Wilson Harwood got things started, the Denver-based duo Follow the Fox brought twangy harmonies to the stage. Their music had lively picking and a down-home country sound, with a dash of gospel and blues.

Local band Breakfast for Dinner was next up. Mandolin player Tyler Rennix’s skills were the centerpiece of most of the songs they played, and Jared Janzen’s vocals and guitar rounded out their sound, which ranged from Americana and folk to bluegrass and rock.

After Breakfast for Dinner performed, up-and-coming alternative pop rock band Strawberry Runners changed up the tempo. Their set had upbeat melodies contrasted with dark and somewhat moody lyrics. The Denver group filled in the cracks with their catchy pop tunes and trumpet interludes.

Later in the afternoon, Coral Creek took the stage. Coral Creek, a classic honky-tonkin country band, got kids of all ages dancing in the grass. Foot tapping and boot stomping was prevalent throughout the crowd. Song themes checked all the country genre’s boxes. Their lyrics told stories about love, heartbreak, simple times and the good old days. The band showcased their talent by taking turns as lead vocalist, and they featured numerous fiddle and guitar solos.

TFC’s final day was capped off by the soulful sound of headliner Allen Stone. His impressive pipes would not be out of place in a Sunday gospel choir. His R&B tunes kept the weekend’s good vibes going, as Stone got the crowd moving, shaking, strutting across the stage and kicking the air. His songs of love and freedom drifted off into the warm evening, ending the 2016 Taste of Fort Collins festival.

Collegian Reporter Cody Moore can be reached at entertainment@collegian.com.