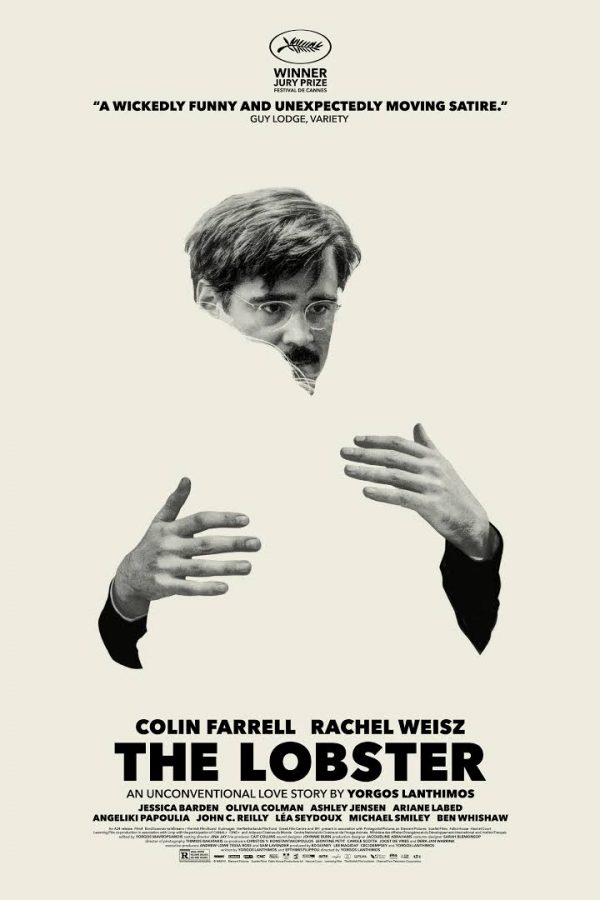 “The Lobster” is an absolute gem.

Barring any unforeseen contenders, I will go ahead and declare this the funniest film of the year. The experience I had watching “The Lobster,” (leaning forward in my seat, laughing my head off, smiling at everything) is what the movies are for. I can’t speak highly enough about it.

The premise is an incredibly refreshing take on the now Hollywood-washed dystopian genre. In a future world, love is governed with such strictness as border control. All citizens are required to find a mate, and if they don’t, they are sent to places like The Hotel to find one, or else they will be turned into an animal of their choosing.

The first shot is probably the test for whether or not you will enjoy this movie. We start with a woman in a car with her eyes painfully fixed on the road, which is covered in rain. She stops in the middle of nowhere amongst some donkeys, collects herself, and we see she is holding a pistol. Everyone’s first thought: She has come here to kill herself. The woman gets out of the car, walks into the field, and shoots one of the donkeys dead.

Given the premise, we assume the donkey is her former lover who failed to find another lover, leaving the woman to find somebody before she too is turned into an animal. This ass has made an ass of her, so she shoots it in the ass. All in the name of love. If this doesn’t appeal to you, you won’t like the rest.

If you have a dark sense of humor like me, this movie will have you eating out of the palm of its hand for the whole two hours. Every character is written and performed with such precision and special care that it makes you wonder why blockbuster garbage is allowed to exist.

Every actor delivers every line and reaction in unbroken deadpan, which seems like a nod to Robert Breton’s style of directing in french dramatic cinema (even more so because his most-loved film is Au Hasard Balthazar, which also features an abused donkey, though not in a funny way), but given the bleak and fantastical prospects of their environment, turns out absolutely hilarious. If I were King, Colin Farrell would get the Golden Globe for best Comedy Actor by default.

Unlike most comedies, “The Lobster” at its heart really does bring up interesting questions about love in a post-romanticist context. We are all attuned to the idea that there is that special someone made only for us, that true love will find a way, that marriages should be happy, and that love is deserved by everyone.

One of the most fascinating things about “The Lobster” is that at The Hotel where people are given free reign to find a lover, almost nobody does. In fact, hardly any men or women even interact with each other. It’s as if they don’t want to, as if they have given in to their fates as future animals (as if humans aren’t such). You want to yell out, “why don’t you just talk! Why don’t you just find some excuse to love each other!” And therein lies one key point of the film: even given the grim prospect of certain death or dismemberment, we can almost never find the “right person,” because there is no such thing.

This film gives us alternatives to think about, and like any good dystopian fiction, makes our ‘normal’ world look absolutely ridiculous.

Collegian Reporter Morgan Smith can be reached at entertainment@collegian.com or on Twitter @MDSFilms.