Film Review: “Tale of Tales” is a beautiful fantasy about reality 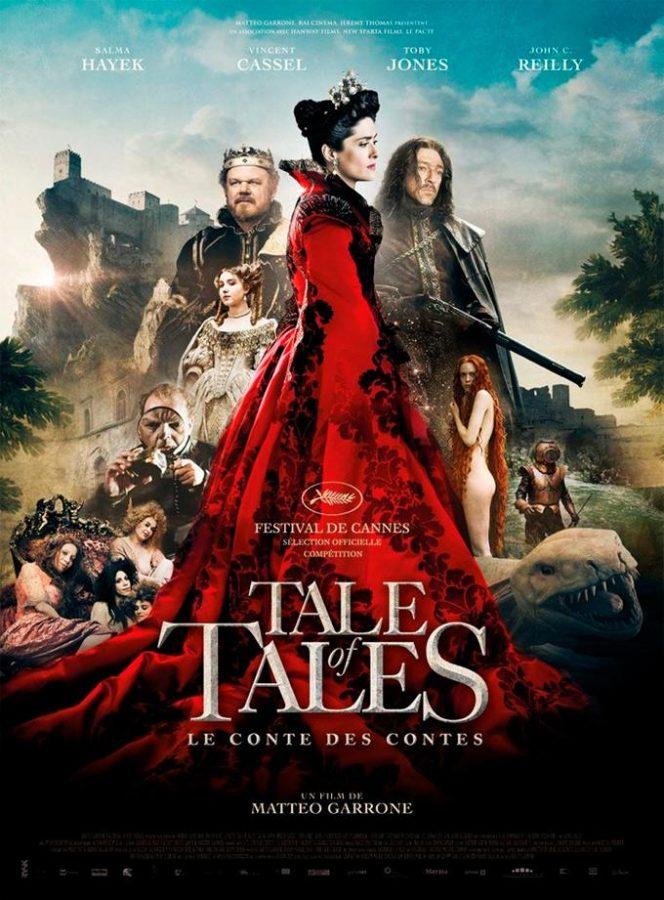 “Tale of Tales” is a film that is entirely concerned with its own world. There are no connections to our reality, and no subtle nods or reflections of what our society is like. It is a testament, along with our new American mythologies like “Star Wars” and “Game of Thrones,” that moving images can cease being a mirror of familiar faces and places and become entirely unfamiliar and irresistible.

For this reason, I think it’s no accident that one of the first and certainly the most spectacular sequence in this medieval collection of stories is a king (impeccably played by John C. Reilly, who has once again proven that he can play any character handed to him) walking alone underwater in a diving suit, sneaking up on a majestic and terrifying sea serpent in slumber. The beast’s heart is the key to curing his queen’s infertility.

When I was watching the gorgeously photographed scene, I didn’t find myself rooting for or against the king, since I only met him 10 minutes earlier and his royal issues of succession aren’t particularly important to me. However, I did find myself doing something that only happens every once in a while: I was rooting for the film itself, and for this specific scene, to be spectacular. I wanted to sit back, watch, marvel and be lost in a story for the story’s sake, like an ancient greek farmer sitting around a fire and listening to one of Homer’s epics.

I think “Tale of Tales” is a perfect title, since this is not simply a montage of different storylines of various lords and ladies and their underlings. It’s about the stories that cemented the culture surrounding the English language: King Arthur, Merlin, Sir Gawain, Lancelot, Tristan and Iseult, as well as some traces of Beowulf.

Everyone in “Tale of Tales” is given an archetypal quest, whether it be slaying a fabled monster, using magic as a disguise to appear beautiful, or finding the husband who is a knight in shining armor. Whereas in the original tales that this film (which is an Italian production, but done in English) draws from always end in a glorious victory or a beautiful tragedy, the endings in “Tale of Tales” refuse to offer up the same satisfaction. Missions are sometimes failures, and conclusions are scarce.

Our tastes for movies unfortunately tend to focus around the endings. “I only like movies with happy endings,” or “I like movies that leave you wondering.” In any case, we search for that intangible feeling at the end of movies, the one that lets us know that everything has been wrapped up in a pretty package, not necessarily making us feel good, but feel something.

I think it’s a good thing that you don’t get that in “Tale of Tales.” It’s closer to real life. Nobody has ever experienced the end of their own story and then got up out of a seat to reflect on it all. Life just goes on, and on, and on, with no clear stop in sight and no discernible plot points and conclusions to keep us hooked. “Tale of Tales” is a wonderful paradox; its a fantasy world telling us that life is not a fairy tale, and maybe fiction doesn’t have to be either.

Collegian Reporter Morgan Smith can be reached at entertainment@collegian.com or on Twitter @MDSFilms.