The Rocky Mountain Collegian • May 9, 2016 • https://collegian.com/articles/aande/2016/05/film-review-captain-america-civil-war-brings-the-superhero-movie-weve-all-been-waiting-for/ 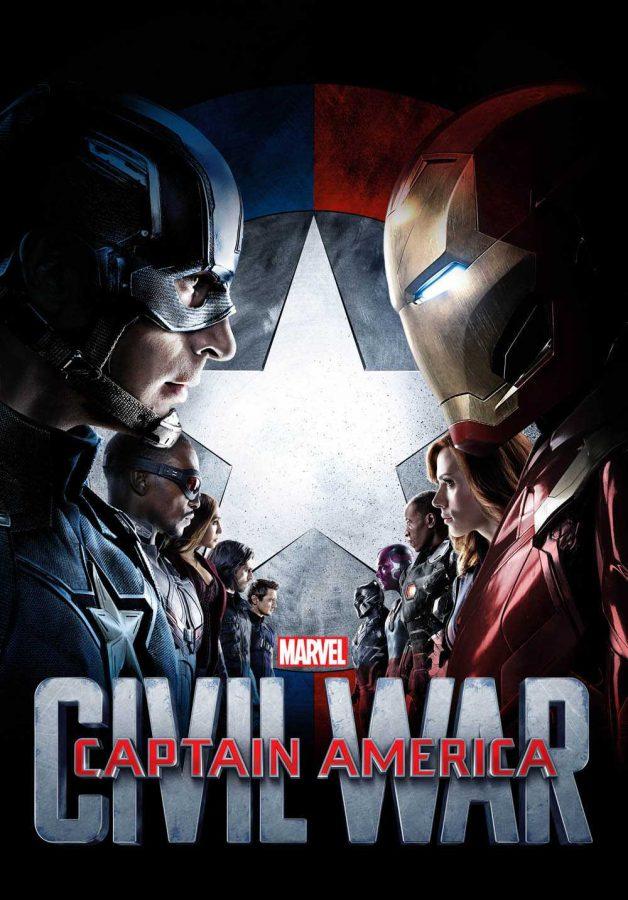 The film, which opened Friday, is the third movie in the Captain America series and is Marvel’s first attempt at including a large cast of characters in a non-Avengers film. In “Civil War,” a conflict breaks out between members of the Avengers and other Marvel characters when the world governments create a set of restrictions to keep enhanced people from acting with unlimited power. Tony Stark (Robert Downey Jr.) supports the new plan after coming to terms with the  mistakes he has made in the past and the people who have been hurt because of them. However, Steve Rogers (Chris Evans) does not agree with the restrictions — especially once his childhood best friend Bucky Barnes (Sebastian Stan) becomes the target of the CIA. The disagreement escalates, and a cast of heroes are asked to join Team Cap or Team Iron Man and fight for what they believe in. The story is one of the best to come out of Marvel in recent history, and it was nice to see nods to the original comics, while still creating a new story with its own twists.

“Civil War” is the first film since “The Avengers” to bring in a massive cast of characters and have it work well. Unlike “Avengers: Age of Ultron,” there were far fewer stories happening around each character, and it allowed the Stark and Roger’s story to build without too much distraction. Although the cast was large, many of the characters were included simply to help fuel the war — and it worked perfectly. The way that every character was shown off during the various battles without putting too much into creating story-driven scenes for many of them was exactly what the film needed, and I hope future “Avengers” films take this to heart more.

The cast, as is often the case with Marvel, was absolutely stellar. Many of the characters were returning from earlier movies, and it seems that many of the actors found their part in the film perfectly. Downey and Evans delivered powerful performances, filled with the depth the main characters needed, while others such as Paul Rudd and Jeremy Renner, who play Ant-Man and Hawkeye respectively, brought more lightheartedness to many scenes.

Two of the most powerful performances were brought by the two new characters introduced in this movie. Chadwick Boseman, who played Black Panther, brought an unexpectedly deep character to the film. His powerful and serious demeanor brought the character to life, and I’m more than excited to see the Black Panther film after seeing Boseman’s performance.

The other newcomer was Tom Holland, who played the Marvel Cinematic Universe’s version of Spider-Man. The inclusion of the web-slinger in this universe has been something that diehard fans have been waiting on for a long time, and I was not in the least bit disappointed. Holland balances the witty Spider-Man that Andrew Garfield’s version excelled at so well with the nerdy and awkward Peter Parker that has been absent from the portrayal for so long. This Spider-Man is the one that fan’s have been waiting for all along, and the fact that “Spider-Man: Homecoming” won’t be another origin story is a huge relief.

If there’s anywhere that “Civil War” thrives it’s in the delivery of the story. The film’s advertising of “United We Stand. Divided We Fall” is dark and realistically accurate. The movie is a slow build, with an opening battle, a car chase and the ultimate superhero throw-down of 2016 all reaching critical mass at the end, where it’s obvious what this story really is about: friends fighting friends. Although Stark and Roger’s friendship hasn’t always been the most stable, it’s “Civil War” where their differing views reach a tipping point and one of the darkest and most intense fights of the franchise takes place. For once, I actually felt as if there were enough deep motivation behind the characters actions in order to justify what they feel they must do.  It was almost painful to see these characters who I’m usually rooting for in their own stories become the villains to each other. The advertising of the film had audiences take a side: #TeamCap or #TeamIronMan, but in the end I didn’t know who to support. Both heroes were justified in their actions, and that is why the conflict felt as powerful as it did.

Overall, this has probably become my favorite Marvel movie. “Civil War” creates a film full of superheroes who all have a moment to demonstrate their abilities, while still creating one of the most powerful and intense stories yet. More large-scale Marvel films going foreward need to learn from this one, and I’m refreshingly excited to see where the rest of phase three goes from here.