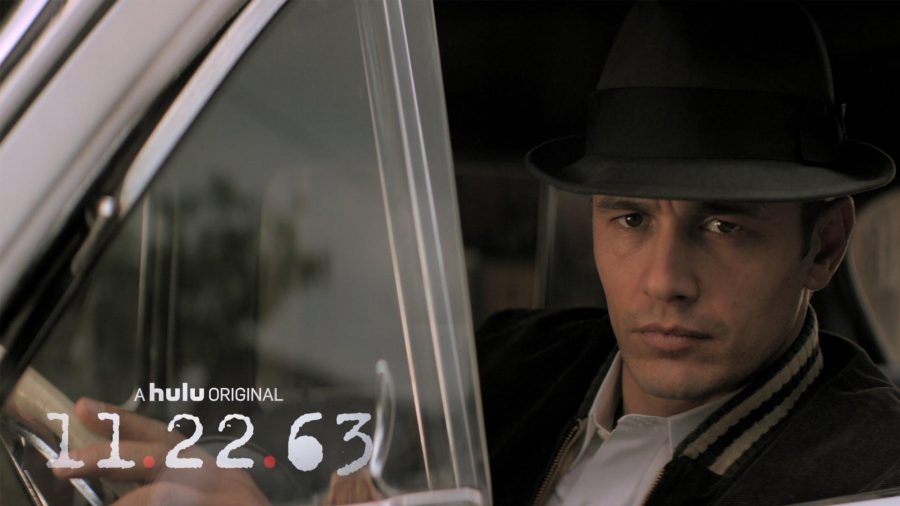 Eight-part Hulu series “11.22.63” engages viewers with an irresistible story about time-travel. Inevitably, with a plot centered on time travel, the series has some loop holes and causes some confusion.

Based off the Stephen King book “11/22/63,” which was named one of the top five best fiction books of 2011 by the The New York Times, the series was directed by J.J. Abrams, director of“Star Wars: The Force Awakens” and Stephen King.

The series encompasses multiple genres including thriller, mystery, science fiction and drama. Once Epping goes back to the ‘60s he spies on the characters hypothesized to be involved in the JFK assassination. He soon makes dangerous relationships with people from the past, including his side-kick Bill Turcotte, played by George MacKay, and love interest Sadie Dunhill, played by Sarah Gadon. These relationships prove to be difficult for Epping because his biggest enemyis the past, which vengefully pushes back when altered.

The series is nostalgic—in a good way. The costumes, music and set are accurate and characters have the authentic look and feel of that time. Viewers cannot help but venerate the past along with main-character Epping.

The series satisfies the viewer’s curiosity for the familiar yet mysterious assassination story of JFK. The series includes the usual players: Lee Harvey Oswald, the CIA and George de Mohrenschildt and has scenes in Dealey Plaza. The show explores some of the different conspiracies surrounding the assassination.

James Franco does an excellent job of playing a relatable character. In the series, Franco often looks confused, in other works, this may seem like bad acting, but for the series, it was perfect.

Epping does not instantaneously become accustomed to time travel or living in the past, this makes him relatable. Although Franco’s character is not a narrator for the series, he has a narrator-feel due to his relatability to viewers.

As a work of science fiction, the memorability of “11.22.63” fails to rise above other time travel stories. The overall message of the series does not leave too much of an impression on the viewer, and throughout the series viewers can be left confused about the rules of time travel in the story.

“11.22.63” is worth the watch if you are looking for an engaging and entertaining show. The series does not leave too much of an impression beyond the initial experience of watching it.

Collegian Reporter Zoe Jenning can be reached at entertainment@collegian.com.