Hopes, fears and expectations for ‘Game of Thrones’ season six 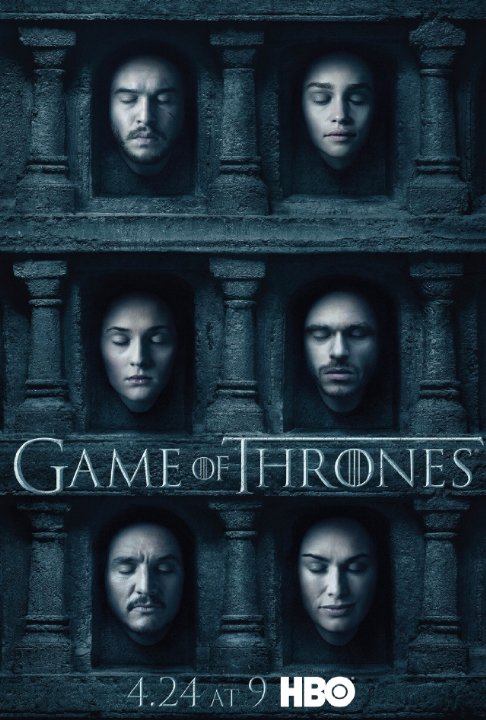 Warning: this article will be full of spoilers for “Game of Thrones” up through season five. If you’re not caught up, beware going forward.

With HBO’s “Game of Thrones” returning this Sunday for its sixth season, fans are excited and terrified for what might come. Here are some of my hopes and fears for the new season.

My biggest hope is that Jon Snow comes back. Jon’s death at the end of season five had me in tears, and I’ve been diligently reading up on theories about how the red lady will be hopefully bringing him back. Jon has always been my favorite character, and I’ll be heartbroken to never see him again.

I’m also hoping to see Bran and Hodor’s story continue. With the exclusion of the characters from season 5, I’m curious to see how Bran’s story continues with the three-eyed raven and his abilities. I also love Hodor.

One of my biggest desires is that is some of the terrible characters get the karma that’s coming to them. Joffrey’s death in season 4 gave me hope that there was some sort of justice in Westeros, and I’m hoping that Ramsey Bolton ends up getting what has been coming for him ever since he turned Theon Greyjoy into Reek. While I hated Theon with a burning passion, nobody deserves what happened to him.

The one character I didn’t expect to be rooting as much for as I am now is Sansa Stark. She’s gone from annoying to strong in the face of adversity, and I’m glad that she’s finally free of all the characters who have been abusing her for years. From what I’ve heard, this season will be strong for her, and I’m very much looking forward to it.

I’m honestly terrified that Jon is going to stay dead. Jon Snow is my television bae; I need his curly, black locks gracing me every year.

By far my biggest worry for this season is a lack of character development. Many of my favorite characters are in positions where they have a huge opportunity to grow as characters. If this opportunity is wasted, and everyone stays the same just to continue the story — as many shows are guilty of — I’ll be really disappointed.

I’m really concerned for Arya Stark. She went blind last season, and revenge seems to be fueling her. From what I’ve seen in the trailers, she’ll have one more chance, and I’m hoping everything turns out well for her.

The only thing I can always expect from “Game of Thrones” is that I’ll be heartbroken, and everyone I love will die. Cersei will probably be problematic, Jaime might turn over a new leaf and Tyrion will probably continue to be the best character. Brienne of Tarth will hopefully be satisfied now that she stabbed Stannis Baratheon, and I don’t feel too bad about Jorah Mormont — Ser Friendzone — probably dying from greyscale.

“Game of Thrones” is by far my favorite show on television right now. With the possibility that there will only be two more seasons and 13 more episodes after this, I’m even more excited for what this season has to bring. I just need to make sure that I buy some tissues in preparation for this Sunday.

Collegian Reporter and Columnist Chapman W. Croskell can be reached at entertainment@collegian.com and on Twitter @Nescwick.