“Finding Dory” cast announcement calls for commemoration of the past 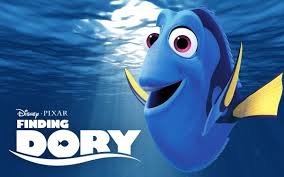 It’s happening; it’s really happening. The forgetful friend of a neurotic clownfish that we all know and love from the 2003 film “Finding Nemo” is getting her very own movie debut.

“Finding Dory” is set to release this summer on July 17.

Just last week Pixar revealed the characters that will star in the anticipated film. Let me tell you — we fans have much to be excited for. Before meeting the characters that we will all soon know and love, let’s have a minor recap of the former beloved parent film to Finding Dory.

Adorable clownfish couple Marlin and Coral recently moved to their new home and are expecting about a thousand children; half to be named Marlin Jr. and the other half Coral Jr. Cool. Then, a scary barracuda comes and eats them all, including Coral. Not cool.

But that mean old barracuda missed just one baby fishy, and his grieving father then finds him all alone, quivering with a cracked shell, vows to never let anything happen to him and names him Nemo.

On his first day of school Nemo rebels against his over protective father and in a rather snobbish and unappreciative way swims out to sea to touch the butt. Then, he gets snatched up by some divers and thus Marlin’s journey begins.

Brave, humorless clownfish Marlin travels far and wide from the Great Barrier Reef to the Sydney Harbor to find his son. Along the way he meets sharks that teach us that fish are friends not food, an immensely helpful pelican, a hippie sea turtle and of course the heroine of the story; blue tang, whale-speaking, song-singing, conveniently can only ever remember P. Sherman 42 Wallaby Way Sydney, Dory.

Eventually, after some good laughs and a lot of anxiety, Marlin and Dory find Nemo and all is right with the ocean. The End.

Now, eight years later, Dory is in the spotlight. Remember how Dory explains her short-term memory loss to an un-empathetic Marlin saying, “It runs in my family…At least I think it does…Where are they?”

She’ll find out with the help of some fishy, some furry — but all fantastic friends — that she’ll make on her journey to reunite with her family in Finding Dory.

A sort of octopus with seven legs instead of eight, adorable otters, a batty loon, some very serious seals, a beluga and, best yet, Dory’s mom and dad will all make their grand appearance on the big screen this July.

Yes, this is all great news. But after eight years, there is something that still troubles me to this day.

What ever happened to Gill, Peach, Deb, Bloat, Gurgle and Bubbles?

Last we saw them they had crossed the street, through the shortest red light Peach had ever seen, and rolled into the harbor.

Then…nothing. Really? Did I miss the short film that explained the fate of all the fish we have to thank for Nemo’s escape from the evil clutches of Darla the devil child? Poor little guys. Floating around the big blue’s surface in plastic bags.

Pixar has got some explaining to do and more importantly an enormous shoe to fill in Finding Dory.

Collegian Reporter Allie Kohler can be reached at entertainment@collegian.com.