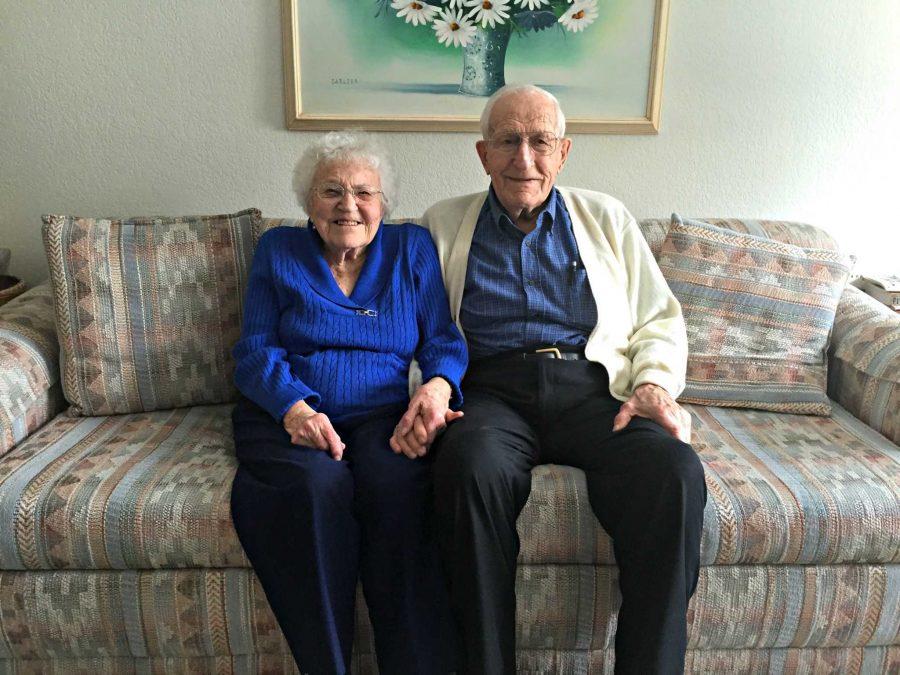 For one Fort Collin’s couple, Valentine’s Day means reflecting on their 76 years of marriage, their four children and their 42 family members.

James and Ruth McBeth met each other while attending high school together in eastern Nebraska. James was a year ahead of Ruth, and, while he recalls “taking mercy on her,” Ruth remembers their first encounter differently.

“In those days, they had desks that were fastened together,” Ruth said. “I had a girlfriend that I sat with. James would always come in to our class and grin at me. That is how we met.”

James and Ruth have been together ever since — and all because of a smile.

Though they married at a young age, they did not rush things.

Ruth said she advises young couples to follow in their footsteps and take the dating period seriously before jumping into marriage.

“This is a warning to you young people,” Ruth said. “Don’t go with someone for six months and then get married and decide afterwards that it’s wrong.”

After getting married, James immediately began his farming career, which meant hard work and hours away from home.

James and Ruth did not come from wealthy backgrounds, so pursuing a higher education was basically impossible.

“Those were days when there were no jobs, and we couldn’t go to school,” Ruth said. “That was unheard of then.”

After getting married, James and Ruth rented a bedroom for $5 a month on a farm where James started working. Eventually, James set out with his friend to find better work in Colorado.

“We started out in Denver and didn’t find anything,” James said. “We worked ourselves all the way up here to Fort Collins.”

James and Ruth, a newly married couple at that time, had to accept that spending time apart while James looked for work in Colorado was the best thing for their family.

After James found work in Fort Collins in 1959, the McBeth’s picked up their lives in Nebraska for a new home in Colorado.

“He bought a house in Fort Collins,” Ruth said. “I had never seen it until the day we pulled in with all of our furniture. Come April, it will be 59 years ago since we moved here.”

Fort Collins was a significant change for the McBeths.

“There were 25,000 people here at that time,” Ruth said. “You could not have any alcoholic beverages. The cafés shut at nine o-clock at night. And the grocery stores were not open on Sunday.”

While this move was great for James and Ruth, it put a strain on the time they got to spend together as a family.

“We were putting down irrigation wells,” James said. “I was gone more working than I was at home.”

Ruth said it was patience that got them through it.

“You’ve got to love someone or you won’t put up with that,” Ruth said. “If that’s what you have to do to make a living, you’ve got to make it work. You can’t say, ‘I’m not going to do that.’”

Throughout their marriage, James was a farmer and Ruth was a supportive mother. Although circumstances are different these days, all young couples can take something away from the McBeths relationship.

“Show lots of love for one another,” Ruth said. “I think that is what’s most important.”

In June, the McBeths will celebrate 77married years together. Two people have spent almost 77 years loving each other.

“We took a photo at our 75th wedding anniversary,” Ruth said. “There are 42 people in that photo. That is what two people got together and produced. We made that.”