What to expect at this year’s Halloween parties 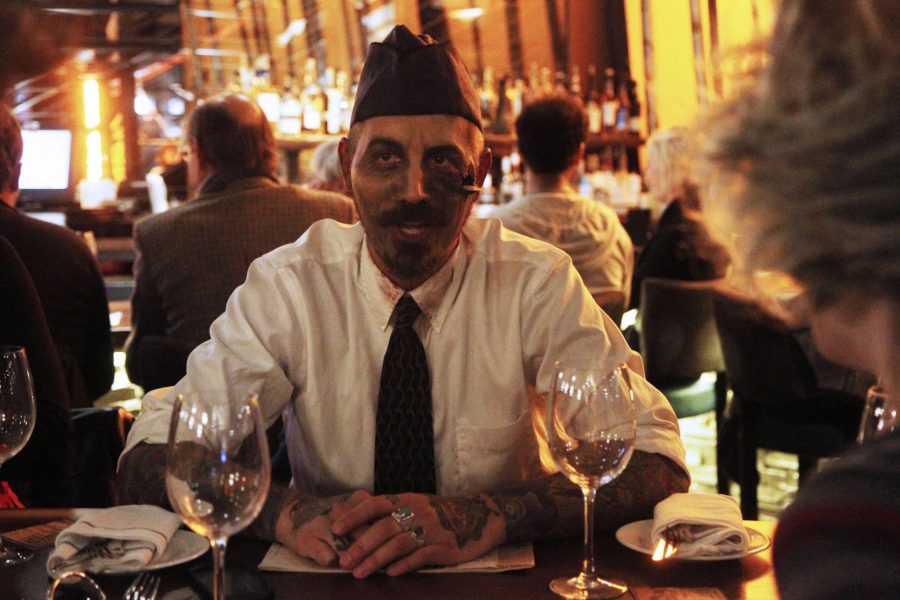 Darren Manuron dines at Mainline with undead friends, a piece of fake shrapnel precariously sticking out from his left cheek. Bars and restaurants through out are bombarded by zombie hoards looking for good food and Halloween-inspired drinks.

With Hallow’s Eve just around the corner, everyone’s been getting ready for their big parties. Between the DIY costumes, pumpkin beer and the copious amounts of bad decisions that everyone deserves to make after midterms, Halloween parties are an absolute for the holiday.

If you’ve never been to a Halloween party, here’s a few things you might expect to see.

1. All of the sexy costumes

As “Mean Girls” put it, “…Halloween is the one day a year when a girl can dress up like a total slut and no other girls can say anything else about it.” Other than the average amount of sexy animals you’ll see, there will probably be some sexy costumes unique to this year. Sexy Donald Trump, anyone?

With the new movie premiering in December, there’s no doubt that plenty of people will be sporting lightsabers and robes. Although, some people take this pretty seriously (custom lightsabers are apparently a thing), ill-fitting child’s costumes and bathrobes paired with sabers from Target is not unlikely either.

3. Failed attempts at Pinterest projectsPinterest has plenty of great ideas for spicing up a Halloween party, and plenty of people will attempt these last-minute. This will probably amount to decorations equivalent to those you’d see at a junior-high homecoming dance. The good thing is that nobody will care once they’re drunk enough.3.5. Failed attempts at Pinterest cocktail projectsCreating a keg out of a pumpkin is a pretty cool idea. However, pouring five different liquors into a plastic cauldron with apple cider does not make witches brew. It does, however, make a friend who convinces you that your costume is the best and you can totally go talk to that cutie over there. A friend you really won’t be fond of the next morning.

4. Someone knocking at the door

5. That one frat bro in a toga

Like, is that really your go-to costume for every chance you have to wear it? Oh, you say you’re a ghost? Oh, continue with your party then!

It’s a toga. Just accept that you’re not creative.