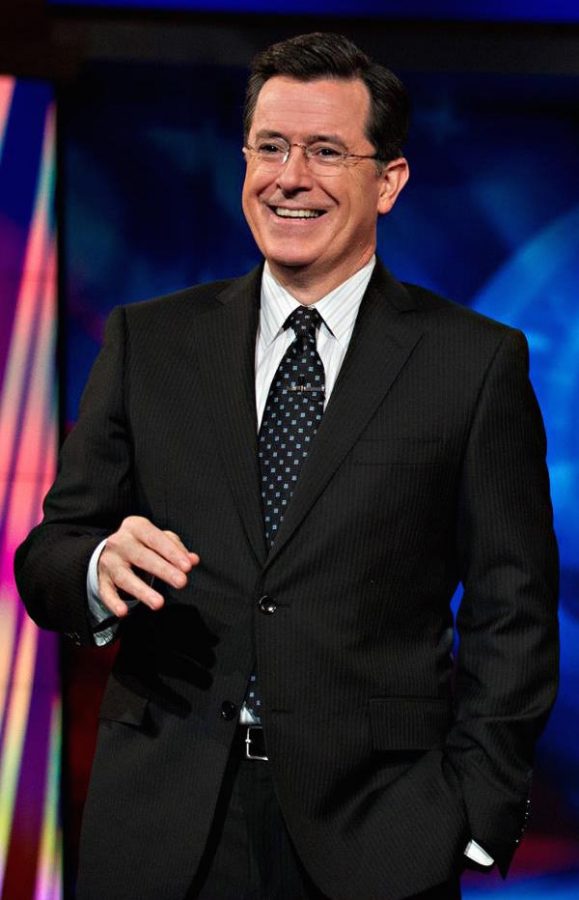 Late night television may never be the same again.

This was the disheartening worry that audiences everywhere were thinking early this summer when the iconic talk show host David Letterman announced that he would be leaving the “The Late Show with David Letterman” after 33 years.

Replacing Letterman was an unthinkable task that seemed nearly impossible to achieve. Even when political comedian, Stephen Colbert, was named as Letterman’s successor, doubts were still very prevalent. But on Tuesday night, Colbert proved to be the perfect fit, as he brought high energy and witty humor to the premier of “The Late Show with Stephen Colbert.”

The show kicked off with the “Stare Spangled Banner” and an unexpected cameo from Jon Stewart. And of course, Colbert saluted Letterman and declared that he was not replacing him but honoring him.

As expected, Colbert talked politics. He discussed the restoration of civility into government with presidential hopeful Jeb Bush. And Colbert even managed to get in some Donald Trump jokes that mocked everything from Trump’s interest in building a wall between the U.S. and Mexico, his popularity with white supremacists and his horrible tan.

Colbert’s other guests included George Clooney, with whom he performed fake movie skits, and Jon Batiste, who performed Louisiana inspired jazz music that Colbert showed off his dance movies to.

Colbert definitely did not disappoint with his humorous commentary. His reactions and explanations to things were funny every single time, which was telling of his strong comedic abilities.

It was refreshing to see Colbert in a new setting. He was lighthearted and personable with an energetic spirit that drastically differed from the personality he displayed in his former show, “The Colbert Report.” He took on a new demeanor that truly highlighted his carefree nature.

As bad as it sounds, by the end of the show, I wasn’t even thinking about Letterman. If I learned anything from watching the premier of “The Late Show with Stephen Colbert,” it is that Colbert’s new take on humor is exactly what late night television needs.

Collegian Reporter Randi Mattox can be reached at entertainment@collegian.com or on Twitter at @RandiMattox.