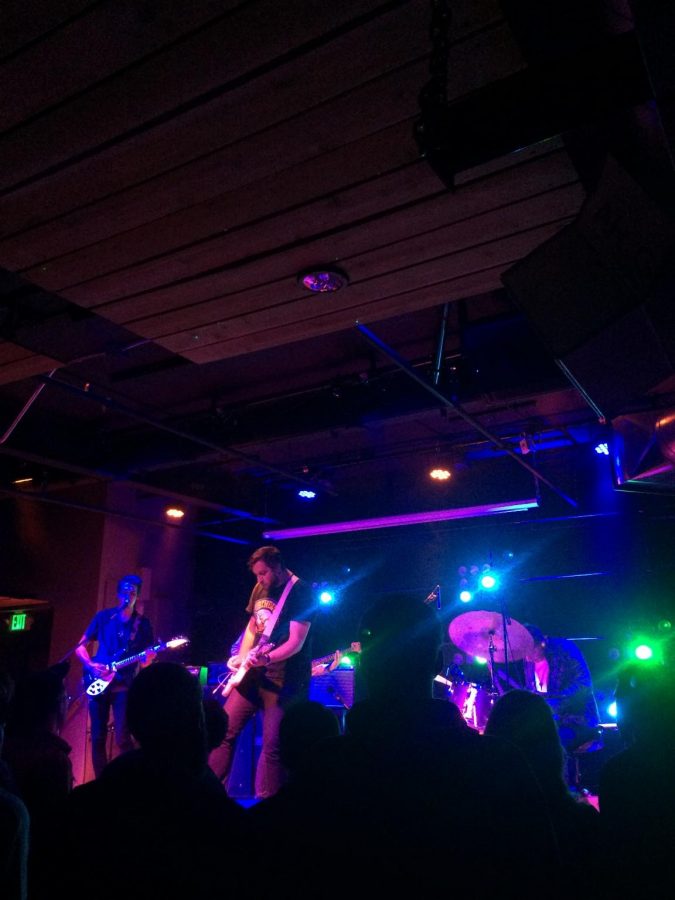 A dark room with flashes of bright lights. An ultra laid-back vibe. A plethora of punk boys in boots and hats (with the occasional sighting of potential GOP candidates trying to fit in). Mix all that with the initial smell of bacon that greeted me upon entering the building, and that sums up my experience at the Downtown Artery this past weekend when I stopped by for a show.

The Artery, which is located in Old Town, is a two-month-old residence building-turned-café/music venue/recording studio/art gallery. It strives to be a place of gathering where art and music can be shared with the community. It’s “Fort Collins cool” at its best, though it’s still relatively new. For those who have experienced the Artery and rave about it, I now see why.

The Artery has themed nights where bands along the spectrum of music can perform their goods. In this way, the Artery is able to serve a broad audience and attract different crowds in a pleasing environment — a melting pot technique that I think will work effectively for them.

A curtain separates the café (the coffee is great, by the way) from the venue, and a man eating a bacon sandwich (hence the initial smell of bacon) was manning the stand. Behind the curtain was a spacious room, with people interspersed throughout. The open area would be the prime location for dancing, though only one individual was really going for it during the show.

I came for a local band called Gleemer — and they did not disappoint. Their sound resembles soothing punk rock, though it was a little hard to hear the lyrics of the songs over the loud music. This was not a problem for their loyal following, who seemed to jive the night away, singing along to the songs they knew by heart.

Other local rock and punk bands performed before Gleemer. My eardrums are probably busted now, but I noticed too late that almost everyone had neon earplugs stuffed in their ears. Looking back, I should have followed suit earlier on.

When the lights dimmed and the loud music started, I felt like I was in a movie. You know, those teen indie movies that involve the boy who sings in a band at a small venue and the girl who shows up alone in the crowd. They lock eyes from across the room, but never seem to make it to each other through the condensed crowd of contemplative music lovers. One day this will happen in real life. Probably at the Artery.

Between sets, the cool concert attenders mingled among themselves, traveling past the curtain to order a drink, or to the back patio, where they chatted, smoked and laughed under the night sky.

My experience at the Artery was certainly positive, and I will definitely return. For someone who hails from a town that offers no activities for young adults in the evening, knowing that there are places here in Fort Collins that always have something happening is great. Instead of going to a movie or party, go to the Artery and see some local happenings — you won’t regret it.

Collegian A&E Reporter Clarissa Davies can be reached at entertainment@collegian.com or on Twitter @DaviesClarissa.